First we couldn’t see the garden for snow, then it was too hot to go out into it, so there was plenty of scope for the supplier of paving slabs and gardening paraphernalia Marshalls (MSLH) to excuse away poor performance this year. Except Marshalls had nothing to apologise for.

Revenue and profits showed double digit growth and the well covered interim dividend is raised from 3.4p to 4p. Yes, there was a setback from severe weather covering half the period, but Marshalls performed so strongly before and after the freeze-up that you would hardly notice.

The strong performance in June has continued into the second half and the recently acquired CPM is said to be performing well, with integration on track.

Debt has increased, mainly because of the acquisition, but Marshalls is generating cash, has plenty of headroom at the bank, and interest payments are exceptionally well covered.

The shares shot up 13%, by 58p to 480p, level with the high set last October and more than three times to level of five years ago. They have since edged up to around 500p. While the good news is priced in, shareholders have no cause to cash in yet. The next 12 months are likely to be even better, especially if the weather is a little kinder.

There are always unintentional casualties in any war, and that includes trade wars. Vodafone (VOD) has not been helped by the current spat between US President Donald Trump and his Turkish counterpart Recep Erdogan.

Vodafone’s Turkish operations had been growing faster than local inflation. That is hardly likely to be the case currently. Turkey is admittedly a minor part of Vodafone’s operations, which are concentrated mainly in Europe and India, but the group’s performance as a whole has been decidedly patchy over the years, so it can well do without the roof falling in on any part of the business.

It hasn’t helped sentiment that UK chief executive Nicholas Jeffery sold more than half a million shares this week.

The shares are down from 235p at the start of 2018 to under 180p. I am retaining my holdings and hoping to weather the current climate, but I can’t in all honesty urge new investors to dial in.

You never know what could be lurking around the corner, so some investments will inevitably be affected one way or the other by unforeseen quirks of fate. You should never beat yourself up if you are victim of unforeseeable circumstances or gloat when an investment turns out to be much better than you could have reasonably expected.

Fortune continues to smile on Balfour Beatty (BBY) investors. I’m one of them, and while I congratulate myself on taking an inspired chance, I don’t kid myself that I foresaw that the company would recover so well so fast after issuing eight profit warnings in pretty quick succession. Chief executive Leo Quinn can justifiably call himself a turnaround specialist and if in the future he turns up in another listed company I’ll back him again.

Despite a decrease in revenue, caused largely because Balfour no longer chases uneconomic projects, pre-tax profits leapt from £12 million to £50 million in the first half of this year. Even stripping out exceptionals, profits doubled. The interim dividend is up by a third to 1.6p.

Balfour is not entirely shut of loss making contracts. Like Carillion (CLLN), it came a cropper on the Aberdeen bypass and has had to set aside another £15 million to cover it. Unlike Carillion, though, Balfour is still in business and will benefit further from the collapse of its rival.

The shares have edged only slightly higher this week and are still below June’s peak of 310p. I rate them a buy at anything under 300p. 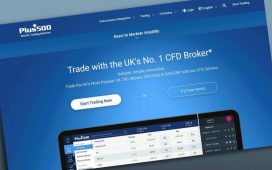 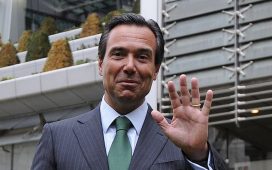 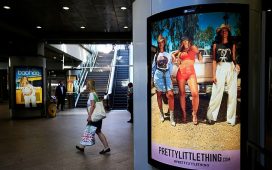