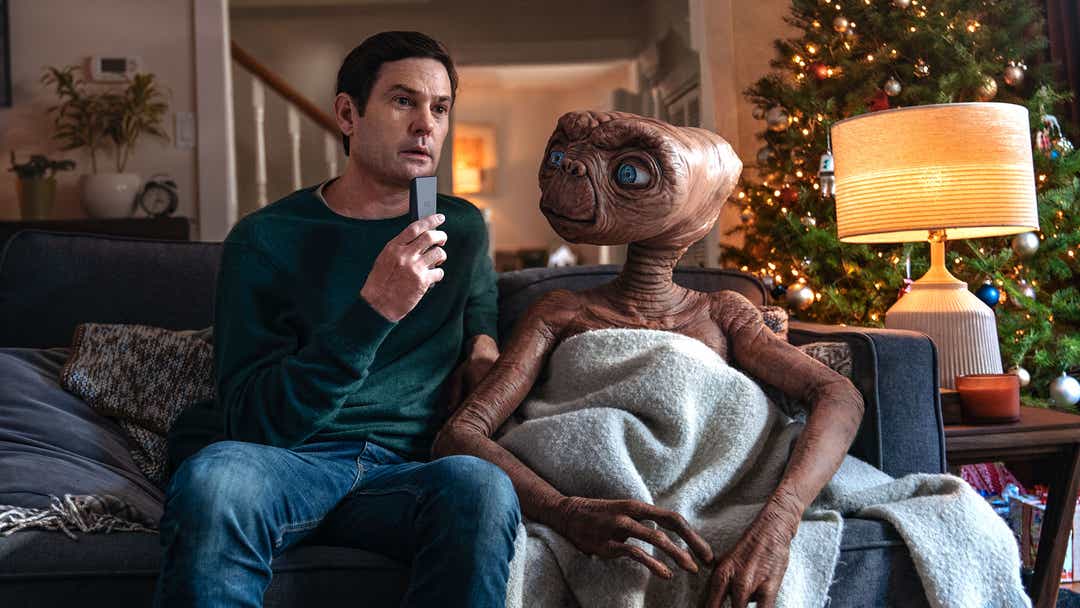 It wouldn’t be a holiday season without at least one ad prompting us to shed a few tears.

When we’re not dining with family and friends or shopping ’til we drop, we might be parked in front of the television, where advertisers are eager to warm our hearts with holiday-themed commercials.

We’ve already seen several ads pop up as the holiday season approaches, from tech giants like Apple to fast food chains like Chick-fil-A.

Here’s a breakdown of some of the ads already trying to make us cry. Warning: you may want to grab tissues.

E.T. is home. The beloved extraterrestrial reunites with Elliott (played by actor Henry Thomas) in a touching tribute first airing during the broadcast of the Macy’s Thanksgiving Day Parade. The ad features E.T. meeting Elliott’s family, learning about new advances like the internet and virtual reality. It ends with Elliott’s kids taking the familiar bicycle ride with their out-of-this-world family member.

The ad features a family of four traveling to visit their grandfather, still mourning the loss of his wife. It ends with a heartwarming gift made using Apple’s iPad.

This nod to Facebook Groups features the “Military Mama Network,” and a deployed mother wishing she were home to help on Christmas. “We got this,” says another mother before moving to give a family a memorable holiday.

This two-minute spot shows a daughter trying and failing to spend quality time with her family, until she discovers a magic “Time Shop” located inside a grandfather clock.

Bloomberg, Warren and the exhausted middle

Pension scam warning: Victims losing £80,000 on average – what should you watch out...