Homemade face masks should ideally be made from multiple layers of fabric to trap the viral-laden droplets from the nose and mouth associated with the spread of Covid-19, a study found.

Scientists in Australia compared the effectiveness of single and double-layer cloth face coverings with a surgical mask. Using a tailored LED lighting system and high-speed video camera, they showed a single layer reduced the spread of droplets from speaking, but less than a double layer.

A double layer was also “significantly better” at reducing the droplet spread caused by coughing and sneezing, though a three-ply surgical mask was the best among all the tested scenarios, researchers led by Raina MacIntyre at the University of New South Wales in Sydney said in a paper published Thursday in the journal Thorax.

Face masks are thought to protect healthy people from inhaling infectious droplets as well as reducing the spread from those who are already infected.

Worldwide shortages of protective equipment have led the U.S. Centers for Disease Control and Prevention and other health authorities to recommend homemade cloth face coverings as an alternative to surgical face masks. 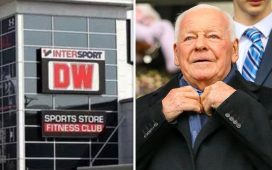