Chinese developer Evergrande has said Hong Kong’s stock exchange has set the terms for it to avoid delisting, as turmoil in the country’s property sector pushed a gauge of Asian high-yield dollar debt to near-record lows.

Evergrande, the world’s most indebted developer, said in an exchange filing on Tuesday that it had until September 20 2023 to resume trading in its shares. The developer will need to meet a series of conditions including publishing an independent investigation into its property services unit and demonstrating it has sufficient assets to operate.

Failure to meet the requirements would result in Evergrande, whose shares have already been suspended from trading for more than three months, being delisted from Hong Kong’s stock market.

Evergrande also said it was “actively pushing forward” with a plan to restructure its $300bn in liabilities, which it expects to release before the end of July.

Chinese authorities have prioritised completing the construction of Evergrande’s hundreds of projects, which are typically sold to ordinary buyers before completion, over repayment of its approximately $20bn of offshore dollar-denominated bonds.

Chinese developers’ dollar bonds had been squeezed by Moody’s decision last week to put Fosun on review for a potential downgrade, in large part because of the conglomerate’s exposure to China’s struggling real estate sector. 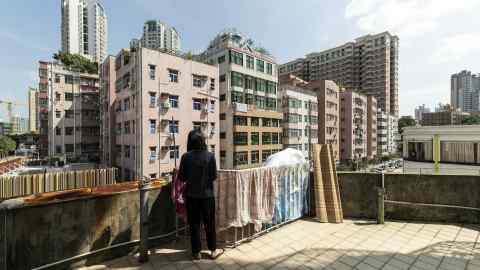 The warning has sent Fosun’s dollar debt tumbling, with its 5.95 per cent bond maturing in 2025 trading below 60 cents on the dollar on Tuesday, according to Bloomberg data.

Beijing has pushed domestic banks to step up lending in an effort to jump-start China’s real estate market. But property prices have languished despite a recent uptick in financing in part because of the impact of harsh Covid-19 lockdowns this year.

Steve Cochrane, chief Asia-Pacific economist at Moody’s, said that while the risk of widespread contagion from China’s property sector remained low, the financing drive could inject more risk into the country’s financial sector if it required banks to lower lending standards.

“That is one of the biggest risks in the economy, in particular in the debt market, today”, said Cochrane.