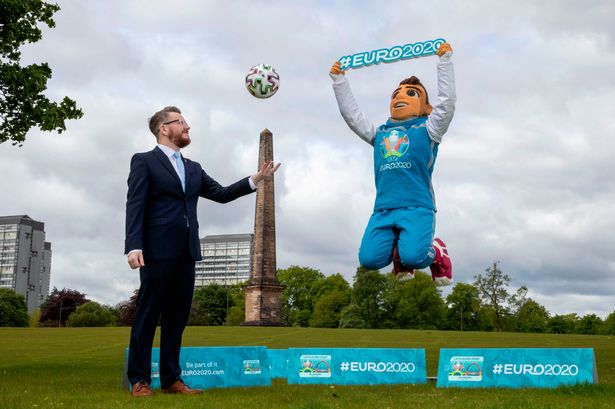 Forcing pubs to evict football fans mid-game during the European Football Championship will put staff at risk of violence and waste valuable police time, according to an industry group.

Scottish Hospitality Group (SHG) warned that with only a few days to go until the tournament kicks off, the current rules on closing times are unworkable.

Its spokesperson Stephen Montgomery commented: “We saw in the Europa League final that the game went on to extra time and then 22 penalties – if the Scottish Government doesn’t give some flexibility to the current rules, we could end up in a situation where people can watch the group stages, but when it comes to the knockout round, hospitality staff are going to be forced to ask fans to leave right in the middle of all that!”

The current restrictions mean that bars and restaurants in Level 2 can stay open and serve alcohol until 10.30pm and in Level 1 they can stay open until 11pm.

Montgomery added: “I’d like to see the officials and ministers who came up with these rules try to enforce them – hospitality staff have taken enough punishment over the last year and they should not be forced to then ruin someone’s evening and potentially face a backlash.

“Everyone deserves a bit of fun and relaxation after what we’ve been through, especially since it’s Scotland’s first major tournament in a generation – much better to do that in a safe well-run pub with lots of public health measures, than have people in uncontrolled gatherings at home or the large, mass gatherings we saw across Glasgow last month.”

Meanwhile, the Scottish Licensed Trade Association (SLTA) has questioned why Glasgow Life is being permitted to set up a month-long 6,000 capacity fan zone in Glasgow Green for the Euros.

The association said “adds insult to injury” to struggling licensed hospitality operators in Glasgow which have been haemorrhaging cash since the first Covid lockdown in March 2020.

Colin Wilkinson, SLTA managing director, said: “To say that the trade in Glasgow is angry is an understatement – they are absolutely furious that 6,000 people will be permitted to converge on Glasgow Green and buy alcohol in a scenario that will see a contractor from outwith Scotland reaping the rewards.

“Our question for the Scottish Government and Glasgow City Council is this: who will be controlling the Glasgow Green crowds – can they guarantee that the strict physical distancing and other highly controlled Covid measures that we have been adhering to will be in place and controlled?

“At a time when Scotland has recorded its highest number of new Covid cases since February, is this mass event, which will also take away much-needed business from local pubs and licensed hospitality trade operations, a good idea? The businesses that pay their rates year in, year out and have been absolutely decimated over the last 14 to 15 months think not.”