Bitcoin had recently embarked on an impressive rally, managing to crack the $60,000 mark again after hitting it for the first time in March. Today’s decline knocked nearly $5,000 from its value and bit into several other currencies, causing it to forfeit more than a week of progress. Although it will have lost many hardened investors a lot of money, analysts see it as a minor stumbling block they could ultimately turn to their advantage.

Some predicted the market would eventually undergo a “correction” as Bitcoin continued on its trajectory.

Among them is Freddie Evans, a Sales Trader at UK-based digital asset broker GlobalBlock.

He said the brief dip would pave the way for another BTC surge.

Mr Evans said: “Investors have been on edge expecting a correction as the markets have looked over-leveraged.”

“The drop has been predicted by many analysts and provides an opportunity to those looking to buy the dip, meaning it could be that this retracement is short-lived and we head back above $60,000 before too long.

“Almost all coins are down over the last 24 hours, but we’ve seen more buyers than sellers in this morning’s session so far.”

They have identified November as a potential rallying month that could allow BTC to cultivate value and reach the six-figure range.

Another nearly doubles this with a rival prediction of $250,000 by December.

The New York Stock Exchange (NYSE) allowed people to trade these publicly for the first time this month.

Speaking to the Independent, Nicholas Cawley, an analyst at foreign exchange firm DailyFX, predicted renewed interest if more ETFs get the “green light”.

He said if cash-based Bitcoin ETFs received approval, it could trigger “repeated fresh Bitcoin highs” in the coming months.

Mr Evans said: “A range of new ETFs are in the pipelines as Direxion filed for a product that provides an avenue for speculators to short the price of Bitcoin.

“Direxion gave a warning to potential investors that the value of the product could go to zero.”

“But with the effects of mass sell-offs in Bitcoin, it has the potential to have strong returns in a bear market.”

The trader also touched on another potential value booster as the US government considers further integrating the currency.

He said: “The chair of the Federal Deposit Insurance Corporation has confirmed that US bank regulators are exploring the framework to facilitate holding crypto in bank accounts to further regulate the crypto space.

“It is positive news as it shows authorities are making space for crypto and the role it will have in the global economy.”

Not every currency needs the ETF boost to perform, as a few coins emerged from the latest market drop-off unscathed.

They mounted an impressive rally that saw their price increase by 42 percent and 69 percent, respectively.

The former token has ridden on a wave of requests for Robinhood developers to list it on their popular trading app.

The information in this article does not equate financial advice. Anyone considering investing in cryptocurrency should understand the risks involved. 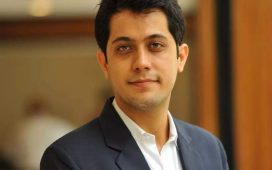 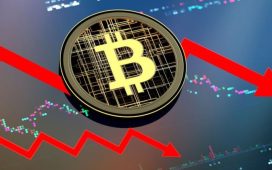