How do I spot a fake website selling items online?


Social media scams on the rise: Shoppers warned over surge in fake websites claiming to sell anything from caravans to puppies

Fraud experts have warned shoppers to do their research and avoid paying online sellers by bank transfer where possible, after a rise in purchase scams targeting younger people over the last few months.

Britain’s banks have found hundreds of pounds at a time has been lost in cases where people have been scammed trying to buy things ranging from foreign currency to caravans, to puppies and designer trainers.

They say fraudsters have increasingly targeted younger people on social media platforms like Facebook, Instagram and Snapchat, with figures from the UK fraud reporting service Action Fraud finding £356.6million was lost to fraud in July.

Paul Davis, retail fraud director at Britain’s biggest bank, Lloyds, said: ‘It’s easy for fraudsters to use fake images, sites and profiles to trick people into handing over their hard earned cash, and if a deal looks too good to be true, the likelihood is it probably is.’ 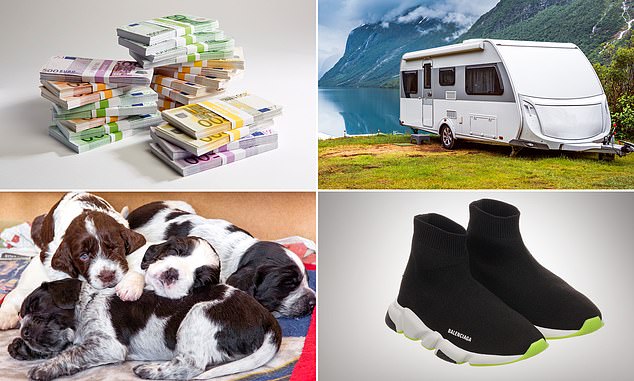 The huge sum lost to all fraud in July was up 286 per cent on March, when victims lost £92.3million over the month, indicating that coronavirus has resulted in surge in callous fraudsters exploiting the pandemic.

As well as a rise in fraud throughout this year, banks reported the types of scams they were seeing had changed as lockdown eased.

TSB said scams had shifted towards ‘more aspirational purchases such as holiday homes, caravans and camping equipment’, while one emerging scam aimed at 16-21-year-olds was too good to be true deals on foreign currency, with the average victim losing £250.

Lloyds also reported an increase in the number of people scammed when looking to buy caravans, with all purchase scams up by a third between April and June compared to the three months beforehand. They said the average victim was 33.

Santander found there had been a 14 per cent increase in caravan purchase scams between January and August 2020 compared to the same period a year ago, but that there had been an even bigger rise in scams involving people trying to buy puppies and games consoles.

These increased by 1,369 per cent and 384 per cent, respectively. A spike in purchase scams involving these items, as well as hot tubs, was also reported by NatWest in June.

Some 669 people lost £282,686 in March and April after paying deposits for pets they’d seen advertised online.

Banks’ fraud chiefs recommended that consumers take extra care when shopping on social media platforms, to take steps to verify items were legitimate before handing over money, ideally by looking at them in person, and to avoid paying directly by bank transfer where possible.

What you see isn’t what you get: NatWest found scams involving hot tub purchases increased fivefold in May compared to April as Britons sought to enjoy the sunshine will stuck at home

Purchases made by credit or debit card or by PayPal mean protections are in place for buyers, and enable consumers to make a chargeback request if things go wrong.

Last month This is Money’s sister title Money Mail revealed how victims were losing thousands of pounds having been caught out by a sophisticated used car scam being run over Facebook.

Paul Davis adds: ‘If a seller is insistent on receiving a payment by bank transfer, or wants to circumvent official payment mechanisms then this should be a big red flag.

‘The safest way to pay for products and services online is by card.’ 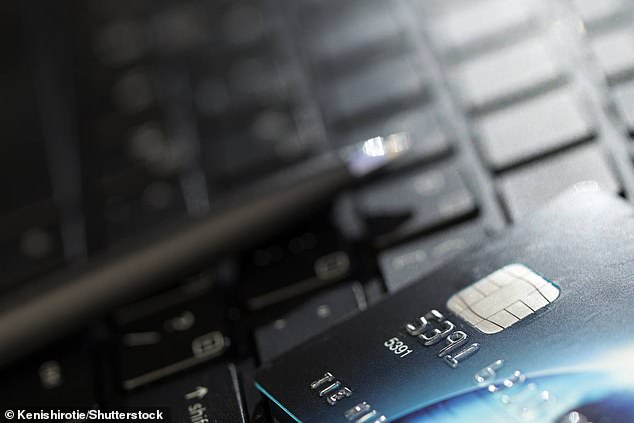 Bank fraud chiefs and police said consumers should look to pay by card or PayPal when shopping online, and avoid paying by bank transfer if they hadn’t seen an item first

An Action Fraud spokesperson said: ‘Online shoppers have become a target for criminals and they will continue to exploit online shoppers at any given chance.

‘To protect yourself when online shopping, use a secure payment method that offers buyer protection, such as PayPal or a credit card if you have one.

‘We’d advise that you always do your research before handing over your money, and if you have no other option but to pay by bank transfer, you should scrutinise reviews of the person or website you are buying from.

‘Be sure that the person or website you’re paying is legitimate and that the payment is for genuine goods or services.

‘Always pay attention to warnings given to you by your bank when you go to make a payment or set up a new payee.

‘These warnings could help protect you and identify whether you’re sending your money to someone legitimate or not.’