Parents trying to fix errors on child benefit forms to boost their state pension can disregard official time restrictions – provided they make a strong enough case to the taxman.

More than 200,000 parents who mistakenly put the ‘wrong’ partner down on their forms could potentially benefit from the loophole, and end up thousands of pounds better off in old age.

HMRC will accept late applications from couples wanting to swap valuable state pension credits between them retrospectively, though only if they can convince it the delay is ‘reasonable in the circumstances’ and meet all other conditions. 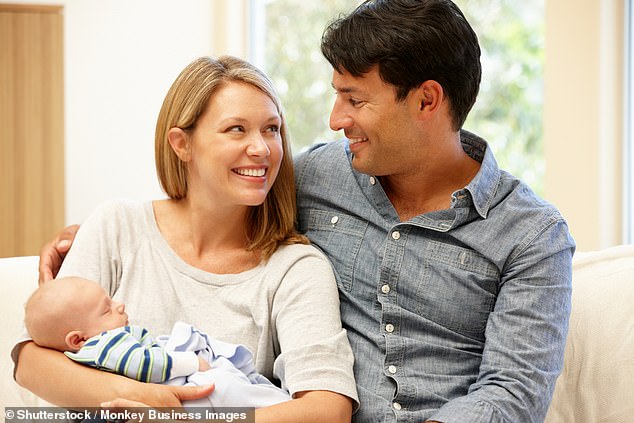 Pension loss: More than 200,000 parents are estimated to be missing out on valuable state pension credits due to putting the wrong partner’s name on the form

It now admits it has always considered late applications in practice, and that it has updated its official guidance to make this clear to parents and encourage them to ask for transfers.

This is Money is campaigning on behalf of parents who could miss out on state pension because they either fail to apply for child benefit or make innocent blunders during the process.

READ  STOCK WATCH: GVC's Alexander may have one more great deal in play

We called on the Government to sort out the shambles that couples face when trying to get the taxman to pass credits between them, and to drop time limits on applications made for years after 2010.

An Essex couple whose case we covered recently struck a major victory by winning 10 years’ worth of state pension credits after spending months fighting the taxman’s baffling red tape on transfers.

Raina Thurgood and Martin Ryott, who were originally refused the right to transfer state pension qualifying years from her to him, eventually had the time limit rules waived.

However, it was unclear at the time whether this would benefit other couples.

Have you lost state pension by not signing up for child benefits or filling form in wrong?

If this has happened to you, contact tanya.jefferies@thisismoney.co.uk and tell us your story.

HMRC changed its guidance on time limits last month in a little-noticed update to its website, which was spotted by former Pensions Minister Steve Webb.

It came as HMRC figures provided to the Treasury Committee of MPs showed more than 200,000 parents are estimated to be missing out on state pension credits due to putting the wrong partner’s name on the form.

Many of them could therefore benefit from knowing there was a time limit loophole for transferring credits, providing they could put up a good argument to HMRC for why they delayed.

Webb, who is now policy director at Royal London and pensions Agony Uncle at This is Money, number-crunched the figures and reckons over the course of a 20-year retirement the total loss for each person who misses one year of contributions would be £4,883.

The total loss of state pension rights for all households affected would be £1.15billion a year.

He says of HMRC’s new guidance on transfer time limits: ‘Something that seemed like an obscure corner of the benefits system could now turn out to matter to 200,000 families a year.

‘Where the higher earner in a couple is paying National Insurance they get no benefit from the credits that come with child benefit, but their lower-earning partner might need them to protect their state pension.

‘Couples should review whether they need to make any transfers for past years and consider whether the lower earner needs to be getting the child benefit in future.

‘Full credit is due to This is Money for getting clarity from HMRC about this important but complex area.’ 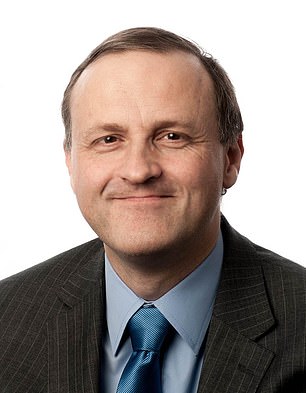 Webb’s petition calling for mums who fail to sign up for child benefit to get their state pension credits fully backdated recently hit 10,000 signatures, meaning the Government was forced to respond.

You can find Webb’s petition and read the Government’s response here.

‘The question that now arises is what does HMRC consider ‘reasonable’ circumstances for not applying for the transfer on time?

‘As many people were, and still are, unaware of this issue, and may have fallen foul of a tight deadline, HMRC appears to now be taking a more pragmatic approach to the time limit.

‘There is still more to be done to improve the process and make parents aware of the need to make a claim.’

An HMRC spokesperson says: ‘If parents receive NI credits they don’t need, they should look at whether their partner would benefit from a transfer. Late applications will be accepted where the delay is reasonable in the circumstances.’

It uses ‘a range of channels, including social media’ to raise awareness about the parents’ ability to transfer National Insurance credits between them.

How can the ‘time limit’ loophole benefit parents?

A common error when applying for child benefit is to put the ‘wrong’ parent’s name down on the form.

It’s important a parent who is not working is the one named on the form to get child benefit, as credits are worthless to someone employed and already paying enough National Insurance to get a full state pension.

You can correct this via a transfer of state pension credits between a couple.

Details of how to swap qualifying years before 2010 are here, and afterwards here.

What does new HMRC guidance on time limits say? 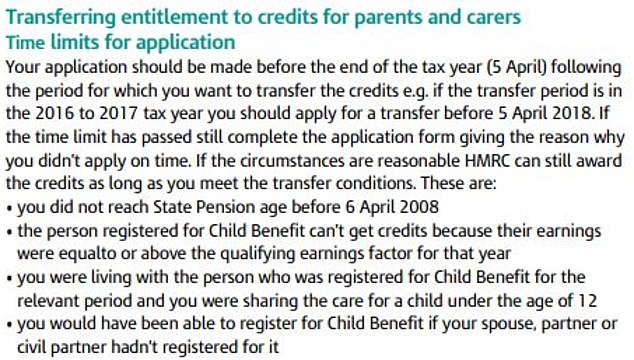 HMRC admits it always considered late applications in practice – but what did its old guidance say? 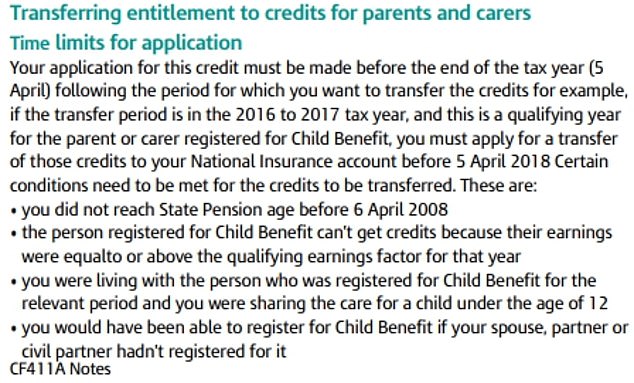 Trump nominates two to Fed board

This iPhone 8 deal is the ultimate cheap iPhone offer – beat the flagship...