How far will the Fed and the Bank of England raise interest rates?


The Federal Reserve is widely expected to announce on Wednesday at the conclusion of its policy meeting that it will raise its key interest rate by 0.5 percentage points, the first increase of that size since 2000.

The aggressive step is just the first of three now anticipated by investors, who believe the US central bank will need to move rapidly to fight inflation that remains at 40-year highs. Fed chair Jay Powell in April said that it was appropriate to “be moving a little more quickly” to tighten monetary policy. Investors are betting that interest rates — which are currently between 0.25 and 0.5 per cent — will be lifted to 2.7 per cent by the end of the year.

US government spending has slowed and financial conditions have begun to tighten, but new sources of inflation — the war in Ukraine and fresh lockdowns in China — are likely to keep pressure on prices.

Next week, the US labour department is slated to publish jobs figures for the month of April. Economists polled by Bloomberg expect the US to have added 390,000 positions, a dip from the previous month, but still indicative of a robust, stable job market. After the US economy contracted unexpectedly in the first quarter, the pressing question is whether the Fed can raise rates without hurting growth and pushing the US into a recession. Kate Duguid

Will the Bank of England drop any dovish hints?

The Bank of England is almost universally expected to raise interest rates for the fourth consecutive meeting this week. The question is by how much.

Unlike the extra-large increase expected from the US Federal Reserve, markets are pricing in another 0.25 percentage point rise in the UK, taking the BoE’s benchmark rate to 1 per cent.

With the cost of living crisis likely to hold back growth, a minority of BoE officials may opt to keep rates on hold, according to analysts at Citi, who expect two members of the nine-strong rate-setting committee to vote for no change, up from one in March.

“Markedly higher inflation in the near-term is likely to be juxtaposed with a sharp deterioration in economic momentum though 2022 and 2023, and intense disinflation thereafter,” said Citi economist Benjamin Nabarro. “The risks here seem skewed to the dovish side.” Nabarro expects the BoE to pause its tightening cycle in August, contrary to market expectations of further rises.

If the pace of BoE tightening falls further behind the Fed then the pound could come under renewed pressure. It fell to its lowest level against the US dollar in nearly two years last week.

The BoE has previously indicated that it will consider beginning to actively sell bonds it bought under its quantitative easing programme, once rates reach 1 per cent. The central bank may offer the first clues about the pace and timing of gilt sales this week, which could weigh down longer-term bonds, Citi said. Tommy Stubbington

Brazil’s central bank has been among the world’s most hawkish in the face of high inflation, lifting its benchmark Selic interest rate from a historic low of 2 per cent to 11.75 per cent since March last year.

With price rises in Latin America’s largest economy stuck in the double digits, the institution is widely expected to raise by another full percentage point on Wednesday.

The belief was bolstered by a preview reading of April’s inflation data in recent days. Although lower than anticipated, at an annual clip of 12 per cent it was the highest for that month in 27 years.

As the war in Ukraine has stoked global inflationary pressures and with the US Federal Reserve in tightening mode, monetary policymakers in Brasília have a fine balance to strike.

Despite slightly improving predictions of late, economists surveyed by the central bank recently gave an average forecast of just 0.6 per cent economic growth for Brazil in 2022.

Any signals of further rate increases ahead could give support to the Brazilian real. After a torrid 2021, the currency has strengthened 13 per cent against the dollar so far this year as investors have sought higher-yielding assets, but it has lost ground against the greenback in the past month. Michael Pooler 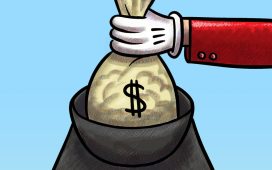 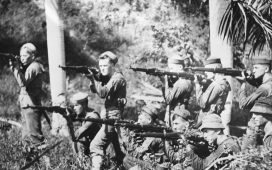 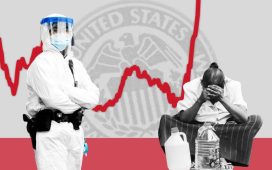 The Daily Money: The reasons for Target's stock drop; baby formula and the Defense Production Act