If you haven’t been living under a rock for the past five years, you will be well aware of the rise of Cryptocurrency in our everyday conversations and lexicon. However, if you have been stranded on a desert island without any access to the internet or cell service, let’s give you a quick recap.

Crypto is not a physical currency like the dollar or the pound, instead, it is binary data, designed to work as a medium of exchange, where a person purchases coins using their own currency. The coins are then securely stored in a computer database, behind a thick layer of code (cryptography, hence the name) to protect transaction records. Its lack of central authority or physical form means it’s become increasingly popular online, with certain tech giants such as Elon Musk and Mark Cuban advocating its use in everyday life.

So that’s a brief summary of what cryptocurrency is, but what we want to know is, how has cryptocurrency helped in the growth of the sports industry? Let’s have a look at just a few of the areas where it has had an impact on the betting odds.

Advertising has long been a huge part of the sports industry. Everything can be sponsored, from the shirts (including now the front and the sleeves) the hoardings surrounding the pitch/field, and even the stadium name itself. It is a key part of increasing revenue streams in an increasingly competitive market. Manchester United, owned by the Glazer family and arguably the biggest soccer team in the world, have secured partnerships all over the world, to help raise funds for transfers, with companies ranging from car manufacturers to noodle brands.

So it is no surprise to see Crypto appear in sports advertising. Inter Milan, who won Serie A (the premier Italian soccer league) last season, have ended a very long sponsorship deal with tyre company Pirelli and replaced them with Socios, a crypto exchange. Other top teams linked with Socios include Barcelona in Spain and Arsenal in England. eToro, a crypto-trading service, has partnered with a number of Premier League teams, such as Newcastle United, Leicester City and Tottenham Hotspur.

Staying in the world of Soccer, it has been interesting to see that AZ Alkmaar, the Dutch side, have formed a partnership with Bitcoin Meester, that sees not only crypto assets on their balance sheets but even playing their players in Bitcoin instead of Euros. This truly is a huge step in the involvement of Crypto in sports.

Formula 1 was synonymous in the 1970s and 80s with cigarette brands such as Malboro and Camel. Now, moving with the times, they’ve recently added Cryto.com to their sponsorship roster, in a deal worth up to $30 million.

Major League Baseball has also gotten in on the act, as they signed a long-term deal with FTX. Rumours have it that this deal is worth in excess of $18 billion. This incredibly lucrative deal, possibly more than any, shows how Crypto really is becoming a big part of advertising within the sports industry.

Of course, sport is nothing without the fans. As we saw during the pandemic where crowds were, for the most part, kept out of stadiums and forced to watch from home. Every sport suffered & didn’t feel quite right, so it was a welcome return when the gates were opened and fans were back in the seats.

Their engagement is crucial. They want to be involved with decisions their teams and clubs make. This is why it has been interesting to monitor the rise of fan engagement tokens. These are digital vouchers that can be purchased and grant access to a member’s club. Here, fans can vote on this such as kit designs, picking charities for their teams to sponsor, or choosing names for stands or training grounds. They can also grant access to certain VIP events, that non-members can’t.

It isn’t like buying a stake or share in a team. Instead, offers a brand new way for fan’s voices to be heard and for them to engage with executives or board members that they’d never previously been able to contact. This is a relatively new innovation to most major sports, but given the desire for supporters to feel as included as possible, it is certainly an initiative that more teams are likely to investigate more over the next few years.

The Future of Sports?

There will always be purists amongst fans who don’t like change in sport. They prefer the good old days, when things were simple and basic, and not ruined by money. However, given how much money there is in the sports industry in the modern age, it won’t shock anyone that clubs are moving in the direction of where the cash is. Cryptocurrency looks to be the flavour of the month, so expect to see the big trading platforms appearing even more frequently at matches and on jerseys. 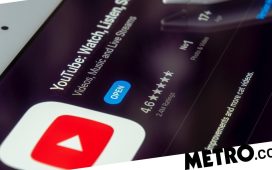 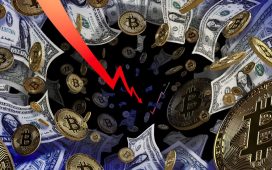