How journalists should not cover an online conspiracy theory


At a certain point, it became impossible not to talk about QAnon.

For readers not yet familiar with the story, QAnon is a conspiracy theory centering on a figure calling themselves Q, who has for months made outrageous and unsubstantiated claims about and allegedly from within the Trump administration. Robert Muller, Hillary Clinton, and many others have figured into the pro-Trump narrative, to the extent that Q’s cryptic proclamations – which began on 4chan in late 2017 and later migrated to 8chan and parts of Reddit – could be described as a traditional narrative.

Over the last year, the QAnon conspiracy theory has generated intermittent bursts of coverage. What had been a simmering narrative became a fireworks factory explosion on 1 August, when some attendees of a Trump campaign-style rally in Tampa, Florida, showed up carrying “Q” signs. According to Joan Donovan, research lead at Data & Society’s Media Manipulation Initiative, this appears to have been a coordinated effort to grab reporters’ attention.

It worked. Suddenly, news organizations began clamoring for information. What was QAnon? How could such a false and ridiculous narrative become so popular with so many people? What did we miss?

The resulting coverage can be divided into three basic categories: explainers, which don’t just dive into the intricacies of the conspiracy, but often include a glossary of key terms; hair-on-fire warnings about how dangerous and frightening the conspiracy is; and smug declarations that of course Trump supporters believe in something so stupid. As Abby Ohlheiser has noted, the tone and breakneck frequency of this coverage was immediately uproarious to participants, a great victory for what their supporters call the “great awakening”, often delivered with a characteristically trollish wink.

The networked coordination of participants, cycle after cycle of mainstream coverage, and participants’ subsequent raucous laughter show that while the QAnon narrative itself might be confusing and convoluted, the coverage surrounding the QAnon narrative has been distressingly predictable. The story has advanced like clockwork.

I have been studying the gears of this mechanism for the last 10 years, beginning with my research into subcultural trolling on and around 4chan’s “/b/” board, at the time the site’s most infamous and active board (that title has since been usurped by 4chan’s /pol/ board).

The primary focus of this work was the symbiotic relationship between participating trolls and the news media: the fact that trolls needed journalists to amplify their attacks (and they found the reporting funny), and some journalists needed trolls to give them sensational things to write about.

The troll space has shifted in profound and striking ways over time (as I and my co-authors have previously argued). Participants on sites such as 4chan and 8chan have too; you can’t draw a perfectly straight line between trolling of the past and far-right extremism of the present.

That said, many journalistic responses to trollish media manipulation tactics have remained constant. What this coverage has always done is incentivize precisely the behaviors it purports to condemn. In the process, it ensures that the same tactics will be used in the future – because the tactics are proven to work.

The question before us is this: how can we all do this better, so that we are not, once again, forced to comment on stories like QAnon? How do we not paint ourselves into that same old corner?

I lay out a number of better practices – for establishing newsworthiness; for reporting on objectively false information, coordinated manipulation campaigns, bigots, and abusers – in my recently published Data & Society report The Oxygen of Amplification. The following is an overview of the primary takeaways from that work.

The first strategy is, most basically, not to report on things – at least not until the stories reach what Claire Wardle and Hossein Derakhshan have identified as the “tipping point”, when the story becomes relevant to people outside the community in which the behavior occurs.

The second strategy, particularly important when covering hate, is to employ what Donovan and danah boyd describe as “strategic silence”. Just because a group does or says something doesn’t mean it bears repeating. There are other factors to consider before reporting, most notably what impact the coverage will have on the targets of the potential story’s subjects, whether that impact is further intimidation, dehumanization, or physical harm.

Coverage isn’t just about the coverage itself, in other words. How and whether to cover a story must also hinge on what the story might do, and whose interests it will ultimately serve.

In the case of QAnon, debunking and explainer stories can be interesting and helpful for readers who already believe the conspiracy is absurd; they provide those readers more information, greater contextual understanding, and a richer vocabulary for describing something they already know.

For other audiences, however, attempts to debunk and explain the intricacies of the story can have a very different impact. First, the people spreading the conspiracy couldn’t ask for a better outcome; journalists covering the story help spread the narrative so much further and so much faster than it would have traveled otherwise. Participants in the QAnon narrative have giddily affirmed exactly this point; posts to the “Great Awakening” subreddit have outrightly thanked journalists for the coverage and for the resulting wave of new participants.

More concerningly, for those who sincerely believe the conspiracy to be true, or for those who may not be true believers but who do truly mistrust mainstream journalism, debunkings can actually serve to confirm the story – a logically valid conclusion to draw if someone believes that everything journalists say is a lie. (For more on this head-spinning complication, see Alice Marwick’s exploration of why people share false narratives, and Francesca Tripodi’s analysis of “alternative facts” and news sources within conservative political thought).

Beyond asking what impact a story might have, journalists must ask what is not known about the story, and how this lack of knowledge undermines clear-headed threat assessments.

For example, the overwhelming majority of QAnon coverage has taken for granted that the people who participate in the QAnon narrative believe the narrative. Some sure seem to. But in an environment ruled by Poe’s law, an online axiom stating that sincerity online is often indistinguishable from satire, it is not possible to know who is genuinely sold on the narrative, who is pretending to be sold to mess with reporters, and who is doing a little bit of both.

By operating on the unchallenged, unquestioning assumption that everyone who holds the proverbial or literal “Q” sign is fully convinced of the conspiracy’s veracity, reporters don’t just help spread the narrative, they lend credence to it. After all, taking the narrative so seriously signals that it is in fact worth taking seriously. Reporters’ credulous coverage also feeds into a range of unintended narratives. For those who are actively engaged in media manipulation, it underscores’ journalists gullibility and exploitability (and is very funny to participants). For those who believe the narrative sincerely, it affirms that QAnon adherents are really on to something; otherwise mainstream journalists wouldn’t be in such a panic.

The final question reporters must ask themselves stems from the fact that journalists aren’t just part of the game of media manipulation. They’re the trophy. Consequently, before they publish a word, journalists must seriously consider what role they’ll end up playing in the narrative, and whose work they’ll end up doing as a result.

In the context of the QAnon story, participants’ efforts to pressure, even outright harass, reporters into engaging with the story has been widely interpreted as proof of how seriously participants take the story, and therefore as proof of how worried we all should be.

We should all be worried. But what we should be most worried about is the fact that too many journalists have continued to respond “how high?” when media manipulators demand that they jump. 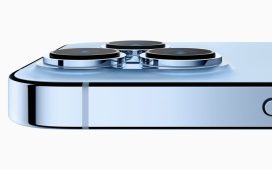 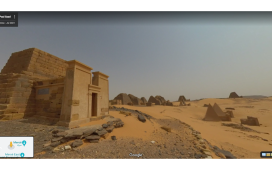 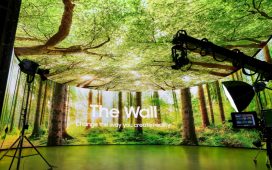 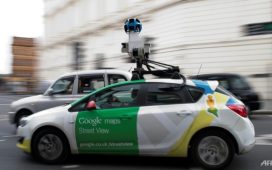