How odd is a Ford Mustang SUV? Here are 5 other weird automotive spin-offs

LOS ANGELES – The horse is out of the barn.

Ford has taken the bold step of branding its new battery-powered SUV as a Mustang, the first time in 55 years that something other than a sporty car has been blessed with the “pony” designation.

But don’t think the move is unique. The auto industry is filled with attempts to cash in on famous names  – or popular models – over the years. Some of these spin-offs have been winners. Others came off as clumsy, inauthentic or misguided.

Led by the electric Mustang Mach-E SUV, expect to see a few more spin-offs and adaptations play out as the media preview days of the Los Angeles Auto Show unfold early this week. The public portion of the show starts Friday and runs through Dec. 1

The timing for new automotive iterations couldn’t be better. 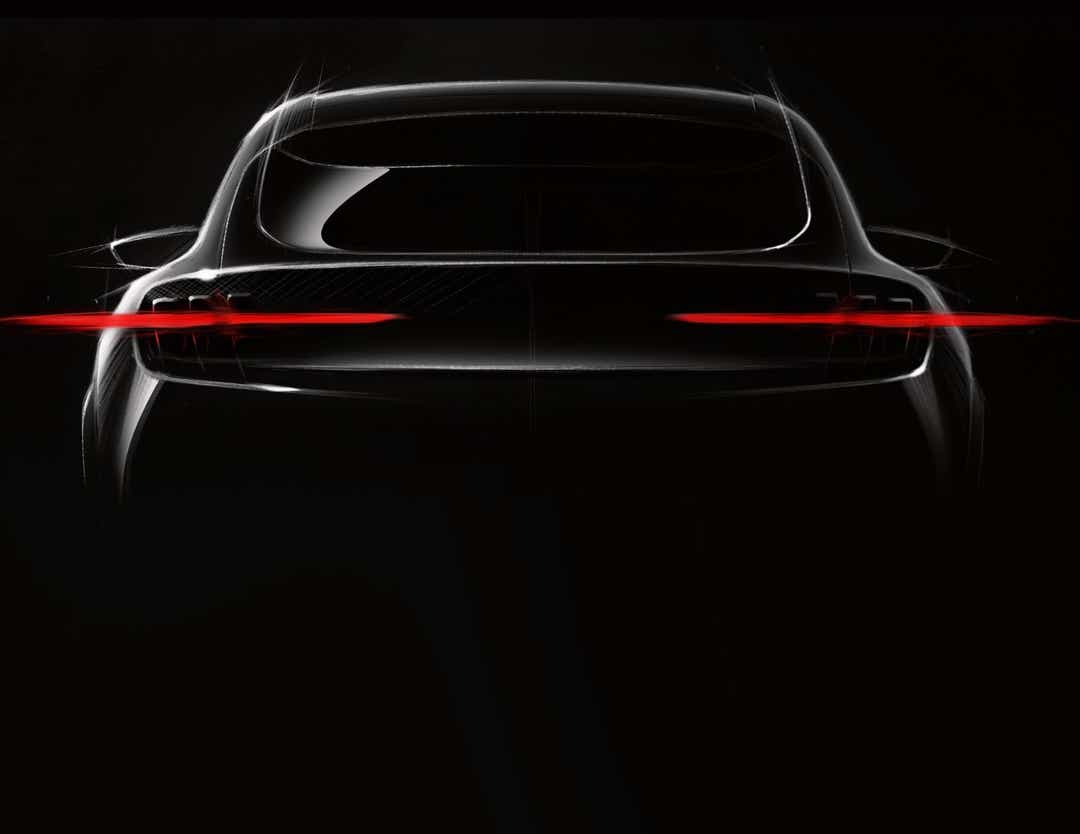 “Auto sales are slowing, and as a result, automakers are finding creative ways to carve niches for themselves in order to stand out,” says Jessica Caldwell, auto industry analyst for car-buying site Edmunds.com.

Patching together a spin-off of an existing vehicle is generally cheaper than creating an all-new car. Plus, a variation on a famous name makes selling the vehicle easier, since marketers don’t need to teach the public a new, unknown moniker and hope it sticks at car buying time.

More LA Auto Show coverage: These 3 hot SUVs could blow the doors off the LA

That likely explains what Ford has in mind when it came up with Mach-E, a wordplay on the Mustang Mach 1, a performance version introduced in 1969 at the dawn of the muscle-car era.

With the Mach-E, Ford is hoping to generate the kind of auto-show excitement that surrounded last year’s spin-off hit that blended a Jeep Wrangler off-roader and a pickup truck, creating the Jeep Gladiator. That model is credited by Fiat Chrysler for drawing customers to showrooms.

Some automakers haven’t been content to stop with just one spin-off.

Toyota cashed in on the success of its gas-sipping hybrid, the Prius, after gas prices soared in 2008 by creating a Prius V wagon, Prius C subcompact and a plug-in version, the Prius Prime.

The family has since seen some outcasts. Toyota killed off Prius V in 2017 and Prius C is on death row. Small-car sales have waned, but perhaps more importantly, Toyota has spread its hybrid technology to more of its mainstream cars and SUVs, meaning it doesn’t just have to use the Prius name to connote amazing fuel economy.

Here are some other spin-offs carmakers have tried over the years: 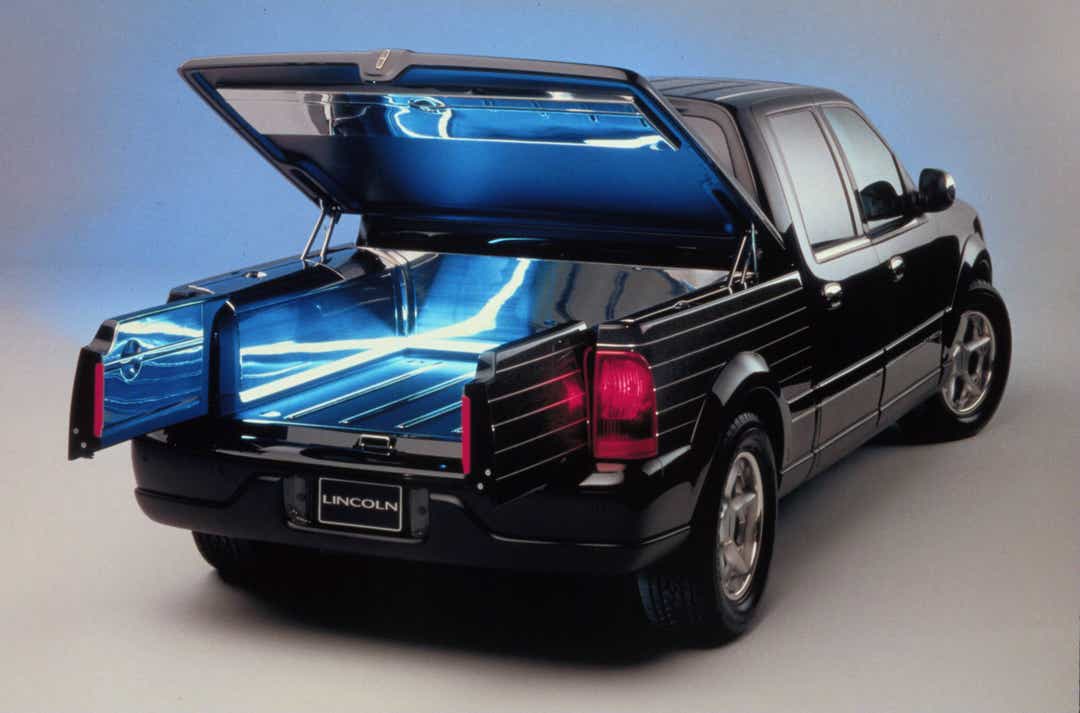 Pickup sales were booming – just as they are today – and Ford thought it spied an unmet need in the market, luxury pickup trucks. In 2002, Ford added a raft of features to the F-Series to create the plush Lincoln Blackwood, a pickup meant for hauling golf clubs rather than hay bales.

Cars you can count on: These are the 10 most (and least) reliable cars of 2020, according to Consumer Reports

“When I think of Cadillac and Lincoln, I think of old-line luxury. When I think of pickups, I think of youthful, spirited people doing things. The two just don’t connect,” says Leslie Kendall, chief historian for the Petersen Automotive Museum in Los Angeles. 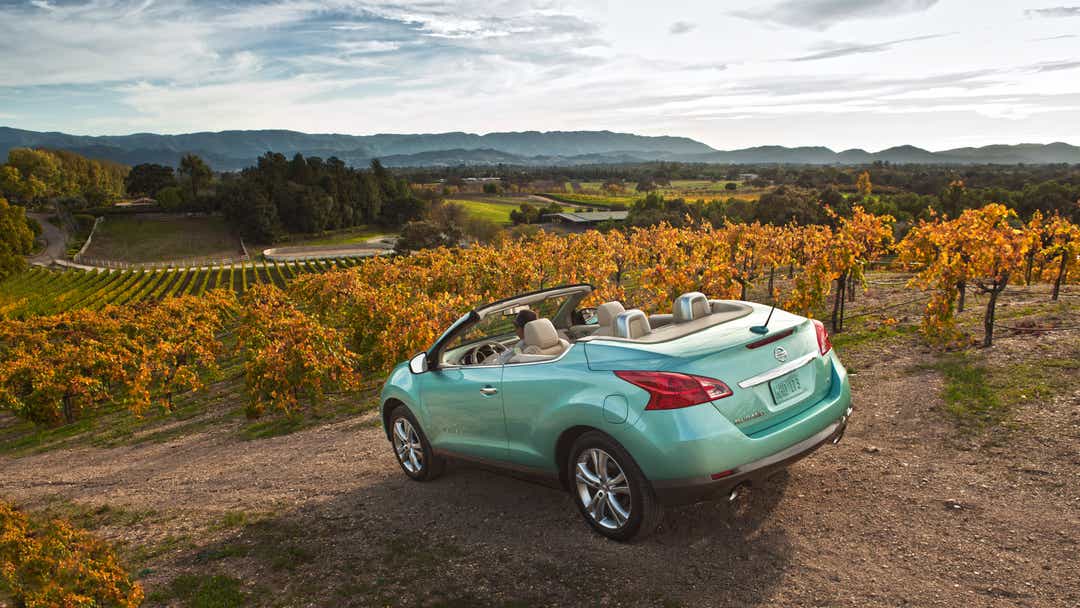 Sure, it looks simple to turn a car into a convertible. Just cut off the roof and the result is usually pleasing to the eye. But Nissan tried to do the same with the Murano, its stylish crossover, and the result was, well, “neither fish nor fowl,” says Ian Beavis, a veteran automotive marketing executive who is now chief strategy officer for AMCI Global.

Introduced in 2011, the Murano CrossCabriolet was the kind of strange mashup that we once compared to bacon-flavored ice cream, frisbee golf and mules. It didn’t help that it started at about $47,000, which had dropped to around $42,000 by the time it was axed from the lineup in 2015.

The droptop SUV didn’t die with the demise of the Murano CrossCab. Land Rover came right back with its Evoque crossover convertible, which disappeared with the 2019 model year. 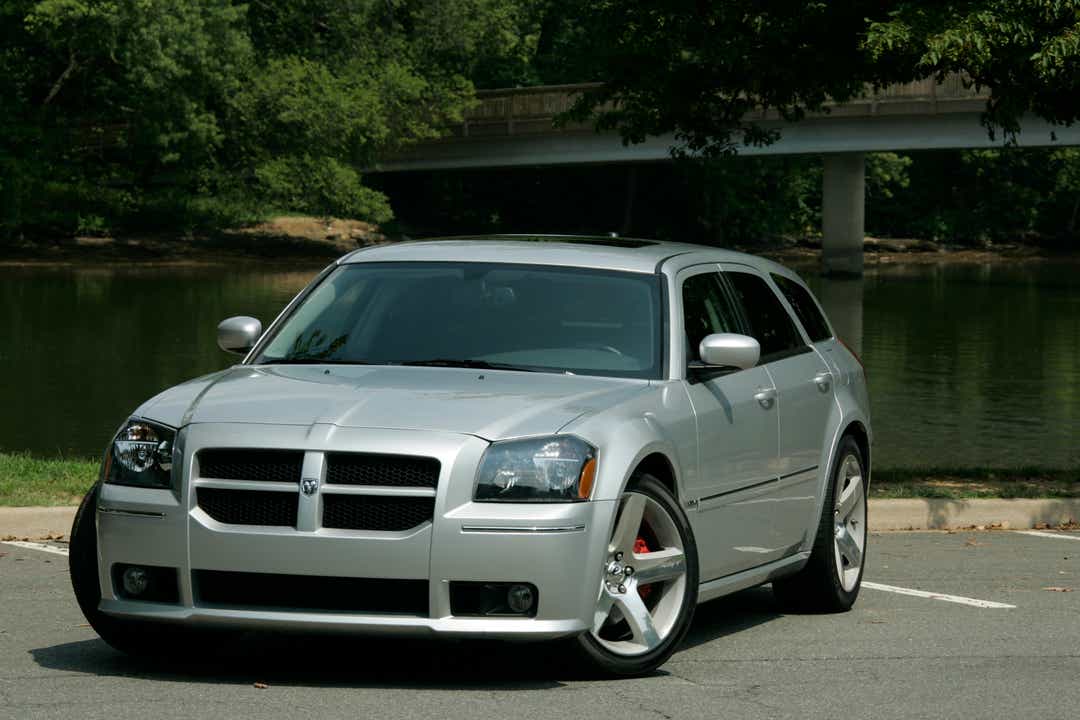 The station wagons of the 1960s and 1970s, today called crossovers, had a dowdy image, kind of like today’s minivans. So Fiat Chrysler couldn’t have made a bolder move more than a decade ago when it introduced the Magnum, a racy-looking wagon that largely derived from the Chrysler 300 and Dodge Charger sedans.

General Motors brought  the same panache with the Cadillac CTS-V wagon, a spin-off from the CTS-V sedan, both with a big V-8 engine under the hood.

New SUVs: New Jeep SUVs, including a military Gladiator, come at a crucial time for FCA

“It was back in the day when they tried to do something that was different,” Beavis said. And it was a “relatively slow investment to do it.”

Both the Magnum and CTS-V wagon still have loyal fans, even though both were dropped from their brand lineups. 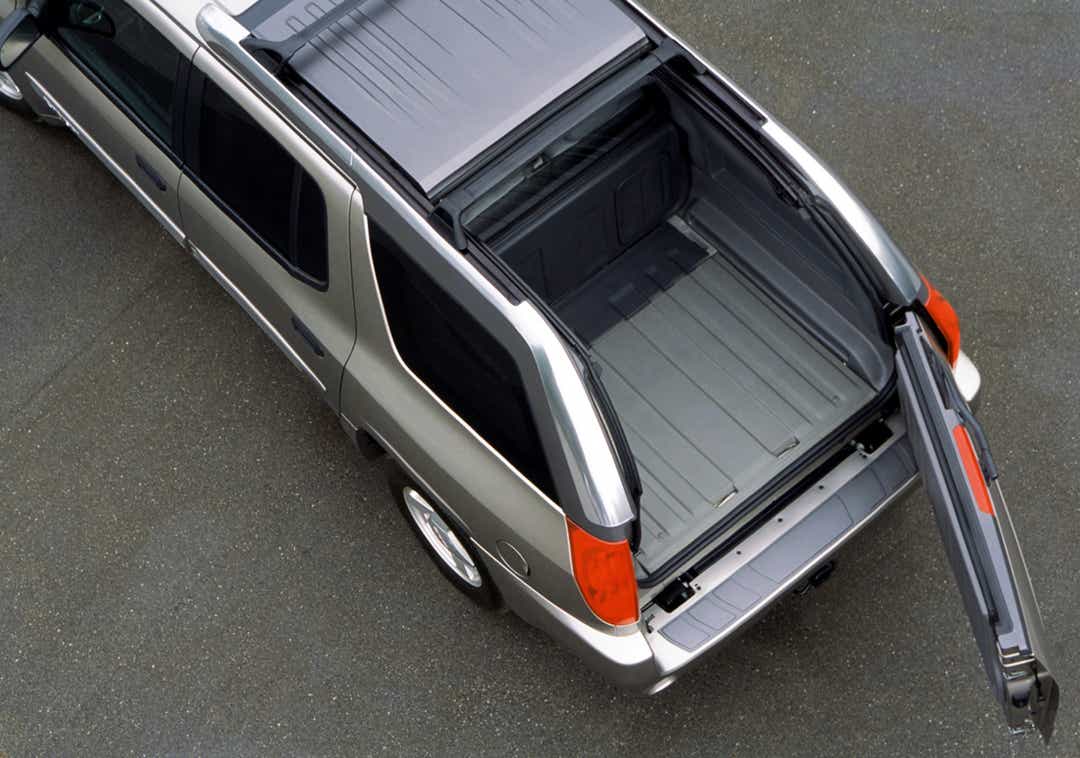 The XUV was a spin-off of the Envoy SUV with a roof that opened with slats like on a rolltop desk. Lutz said it evolved from a GM edict that 40% of all future products had to be considered “innovative.” The idea was that the rolltop roof would allow families to transport potted trees or grandfather clocks in an upright position.

Lutz said that he wanted to kill the XUV out of the gate but that GM execs succumbed to well-executed PowerPoint presentations and predictions that GM would sell up to 110,000 of them a year. He said the XUV died after 13,000 were produced. 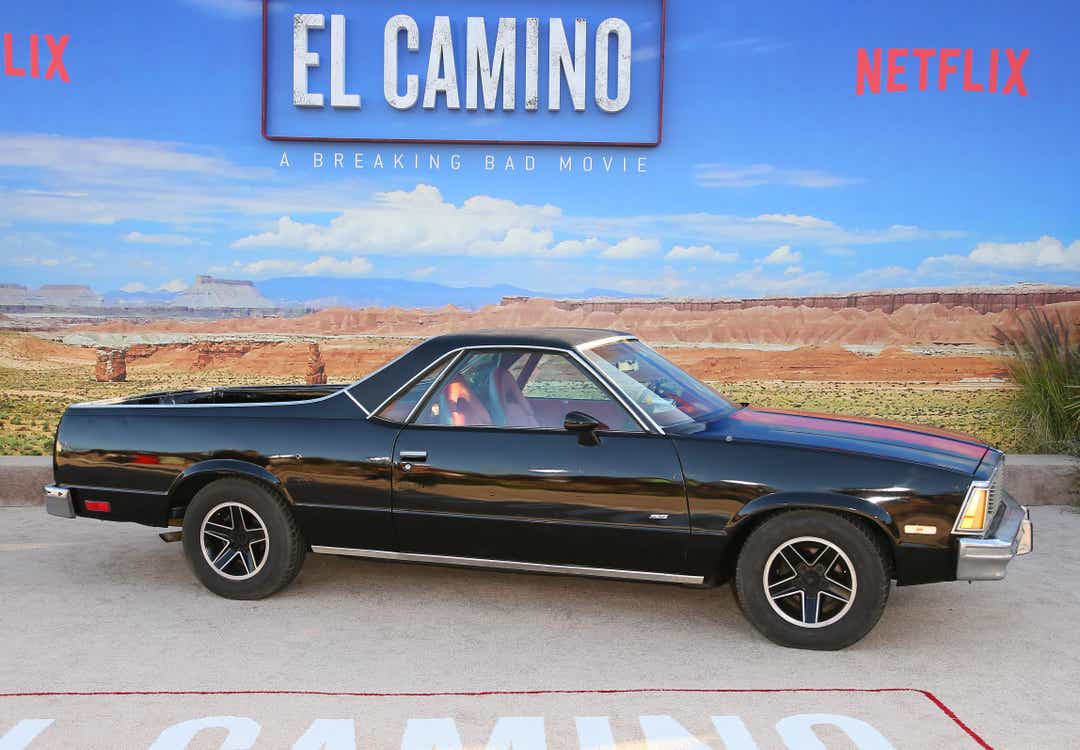 They were a car in front and a pickup in back. Think Chevrolet El Camino, Ford Ranchero and Volkswagen Rabbit pickup. There were others, too.

Not a bad idea. Buyers would get the comfort and style of a car and, for hauling, a bed in back.

They weren’t for serious haulers, though. “I don’t think you put them to harsh use,” Kendall said. But hey, they were fun.

And really, in the end, isn’t that what cars are all about?