How smart technology gets you to continue paying long after point of sale – CBC.ca


A common criticism of virtual assistants like Siri, Alexa, and Google Assistant is that they are always on, always listening, and always connected to the internet. It’s the only way they work.

For consumers who are rightfully skeptical of how tech companies big and small are collecting, analyzing, and making money off their data — even in anonymized form — the sudden proliferation of these always-connected smart devices is concerning. But there’s a reason that everything from televisions to cars are suddenly getting smarter.

For consumers wondering why it might feel increasingly harder to buy something dumb or disconnected, the reason is partly technical. Some of the products users enjoy today wouldn’t be possible — or, as good — without a connection to the internet.

But it’s also about money. With product margins thinner than ever, more companies are either re-building their old hardware businesses around online subscriptions, or monetizing data from people who are using their products for free.

In other words: giving every dishwasher, thermostat, and SUV an internet connection is one way for companies to keep making money after someone buys their product — whether through regular subscriptions, data collection, or some combination of the two.

As long as people believe they’re getting value — say, the convenience that smart speakers promise — they’re more willing to accept this new reality, according to Adam Wright, a senior analyst at the market research firm IDC who focuses on connected devices for consumers.

While it’s unlikely that every toaster or doorknob will eventually be smart, given the opportunity to make more money, it’s not hard to understand why companies are giving so many previously dumb products a tiny computer brain and an IP.

Knowledge in the cloud

Smart speakers and virtual assistants are a good example of this dichotomy in action.

Anytime you ask Google Assistant to set a timer, or Amazon Alexa to play one of your favourite songs, a recording of your voice is transmitted to a server in the cloud. The recording is analyzed to determine out what you said, and the assistant figures out how to respond.

It’s technically possible to build a voice assistant that is able to recognize your voice and respond to basic queries offline — or, at the very least, without sending your recordings to a server in the cloud. But Allan Black, a professor at Carnegie Mellon University’s Language Technologies Institute, said it’s harder to offer a cutting-edge experience this way. Some smart appliance makers will share information about how you use their products with third party businesses, who might then send you offers for things like detergent. (Rick Bowmer/The Associated Press)

For one, a connected voice assistant has access to all of the latest news, sports, weather, and other frequently updated information that would be impractical to store offline.

Recordings from millions of users of all different ages, genders, languages, and dialects can be used to make the voice recognition more accurate than from one person’s data alone. And all that data can help the assistant’s maintainers identify popular questions that haven’t been answered yet — or personalize answers to particular users.

Black acknowledged the “non-trivial privacy issue” of sending everyone’s data to the cloud. But “it would be much harder to get that benefit of these improvements if you only have it local and it’s never shared,” he explained.

Of course, doing all that work in the cloud doesn’t just make the experience better for users. It also gives the likes of Amazon and Google valuable insight into their users’ preferences and behaviours — data that can be monetized one way or another. Other companies have realized this, too.

U.S. manufacturer Vizio sells inexpensive televisions. How does it afford to do this? By sharing information about how people use their TVs — and what they watch — with other companies, essentially subsidizing the product’s cost.

“It’s not just about data collection,” said the company’s chief technology officer, Bill Baxter, in an interview with The Verge earlier this month. “It’s about post-purchase monetization of the TV.”

Most people don’t upgrade their TVs very often — Baxter said the average lifetime of a Vizio TV is 6.9 years — and Vizio only makes a slim margin on each sale. But those TVs keep getting new features and updates for free. So (opt-in) data collection is one way for Vizio to keep generating revenue in lieu of new sales.

“Margins are getting thinner and thinner, and they have been for a long time. And that’s applicable to, obviously, auto manufacturers, TV manufacturers, and everything in between,” said Wright.

“They don’t make a lot of money off the devices, so they rely on volume and other ways to make their money.” U.S. TV maker Vizio sells inexpensive products. To make more money, it also collects and sells anonymized data on how people use their TVs and what they watch. Users have to opt-in first, however. (Rich Pedroncelli/Associated Press)

Already, car companies are collecting data on people’s driving behaviour and location in order to send them special offers and discounts — a market worth up to $750 billion US by 2030, according to a recent Wall Street Journal article citing McKinsey & Co. data.

Similarly, appliance maker Whirlpool said in its privacy policy that the company “may send you a notification when your Smart Appliance needs to be replenished with a refill or replacement item and offer to direct you to a third-party business partner from which you can purchase that item.”

Subscriptions are another way companies continue to profit from sales of smart technologies. Wright points to camera companies that now make money selling photo storage in the cloud, and wireless router companies that sell protection against threats like malware — both subscription based, of course.

Increasingly, buying a product seems to come with an ongoing relationship with that product’s manufacturer  — one that sometimes turns our data exhaust into a product of its own — but none of this seems to have phased consumers much, according to Wright.

“Consumers are sort of like frogs in the boiling pot, right?” said Wright. “It’s amazing what we increasingly find comfortable when the initial shock has worn off.” 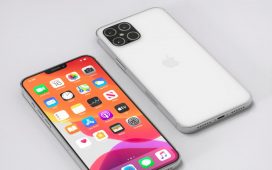 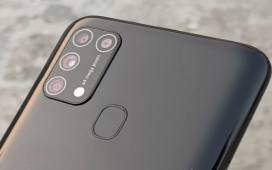