The tourism industry should ready itself for a “rocky ride” as the coronavirus spreads across Europe. The warning by data and analytics company GlobalData follows a change in Foreign Office (FCO) advice to warn against all-but-essential travel to 10 small towns in Lombardy and one in Veneto – and a warning from the World Health Organization that “the world is not ready” for a pandemic.

“If there was previously a temptation to view the coronavirus as a China, or Asia, issue then developments this week must force a shift in mindset,” said Nick Wyatt, head of R&A,Travel and Tourism at GlobalData.

“With the news that 11 towns in Italy are on lockdown and countries such as Austria and Croatia announcing their first cases, it is readily apparent that the impact is likely to be felt on a more global scale than was perhaps previously envisaged.”

In northern Italy, 12 people have now died of the coronavirus, with the number of confirmed cases at 374. The regions of Lombardy, Veneto, Friuli-Venezia Giulia, Piedmont and Emilia-Romagna are suspending public events, and closing museums and other cultural institutions until 1 March. The Venice carnival was cut short on 23 February, Milan Fashion Week has been limiting public access to shows and 40 football matches, including four Serie A games, have been postponed, along with dozens of church services, walking tours and opera performances. This weekend five Serie A matches will be played behind closed doors – including Juventus’ match at home to Inter Milan – because of the outbreak. Ireland’s Six Nations game against Italy in Dublin, on 7 March, has now been postponed.

In Venice, the usually crowded streets are quiet and hotels and other tourism businesses are feeling the impact.

“In one way the city is more relaxed without the crowds but it’s affecting the economy,” said photojournalist Giacomo Cosua, who lives in Venice.

Ted Wake, managing director of Kirker Holidays, said clients with trips to popular northern Italy destinations, such as Venice are taking a “pragmatic” approach and continuing with planned trips. Wake said it was too early to say whether there would be an impact longer term. “It’s difficult to predict. The peak travel time is April and that’s 5-6 weeks away. A lot can change in that time.”

READ  Type 2 diabetes: Best foods to include in your diet to lower blood sugar

Wake predicted that hotels that have fewer bookings due to a downturn in Chinese tourists will start to offer upgrades to visitors. “This week is the wrong week to launch offers for later in the year but I think we will start to see very good value from hoteliers.”

Elsewhere in Europe, guests have been confined to rooms at a hotel in Tenerife after an Italian doctor and one guest who stayed at the hotel tested positive for the virus; and a hotel in Innsbruck, Austria, is in lockdown after its Italian receptionist tested positive. There has also been one confirmed case in Greece and three in France, one of whom is reported to have died last night. There are no travel restrictions in place for other European destinations.

The countries with the largest numbers of cases outside of China are South Korea, Japan, Italy, and Iran. As one of Europe’s most important inbound tourism markets, Europe has already begun to feel the effect of fewer visitors from China. According to travel analytics company Forward Keys, outbound travel from China to Europe fell by 41.7% in the three weeks following travel restrictions.

Overall, official tourism bodies are calling for cooperation across the industry in Europe, including a measured, evidence-based response to information provided by the FCO, the World Health Organization, and other health officials.

At a press conference on Wednesday at the Ministry of Health in Rome, the EU Commissioner for Health, Stella Kyriakides, said the commission welcomed “keeping the borders open” across the EU, instead of “resorting to what could be considered disproportionate and inefficient measures”.

“This is a situation of concern but we must not give in to panic and we must be vigilant of misinformation and disinformation,” she said.

The majority of airlines servicing Europe have stated they are still operating routes as normal, without offering cancellations, or alterations, without a fee at present. This includes flights into northern Italy, with BA, Ryanair and easyJet. However, Aegean has released a statement offering passengers who already hold a ticket for all destinations (until 20 March) and wish to change it to a later date, the chance to do so without amendment fees.

Most tour operators have said that normal booking conditions still apply if people wish to cancel future trips in Europe, although this is subject to change depending on updates to FCO advice. There are already some reports of a decrease in new bookings for Europe among tour operators, although some are reporting no change.

“No one has any idea how soon the coronavirus will be brought under control, so it’s a waiting game at present. Most Association of Independent Tour Operators (Aito) with destinations directly affected are running on a rolling three-week plan: they are not even looking at cancelling or amending any booked departures more than three weeks ahead,” said Derek Moore, chairman of Aito.

The Association of British Travel Agents (Abta) said “While these towns are not considered to be popular tourist areas among UK holidaymakers, if the towns are part of a holiday itinerary, customers imminently due to travel should speak to their travel provider.

“Passengers who have booked flights directly with an airline and are imminently due to travel should contact the airline to discuss their options.” Abta’s latest advice and Q&A’s for travellers is available at abta.com/coronavirus.

Tour operators are reporting a variety of responses from customers in terms of new and booked trips in Europe, and most have seen an increase in concerns and questions.

“All we’ve seen so far is a handful of customers asking to clarify their cancellation policies and insurance position should things change,” said Sam Bruce co-founder, Much Better Adventures. “We’ve certainly not been experiencing any adverse impact on bookings so far.”

“Our trips to Italy and other parts of Europe are operating as normal as do not visit the areas listed under the FCO’s recent advisory. Usual booking conditions apply for travellers wishing to cancel or change departures to destinations other than China. We have seen an increase in questions from customers looking for information and guidance.”

Insurance firms are largely still stating that as the FCO advice has not changed for European countries (other than the northern Italian towns), if people wish to amend or cancel trips, that they should contact tour operators in the first instance, and then check Ts&Cs of specific policies. This includes Direct Line and Alpha, the latter stating that they can change policy dates without a fee if customers amend dates of their trips.

Allianz Partners has reported a large number of travel claims linked directly to the outbreak have been filed, although mostly in the US, Canada, Australia and China. It is also “handling several highly-sensitive customer cases including several confirmed cases and customers still under investigation”. The insurer still recommends customers contact them to be dealt with on an individual basis as “eligibility for coverage depends on the customer’s travel insurance policy and the specific circumstances in the country in which the policy was purchased”.

The Association of British Insurers has issued information on the implications for travel insurance. 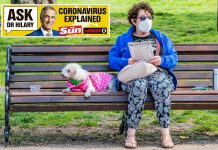 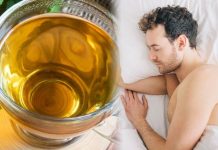 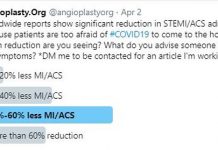 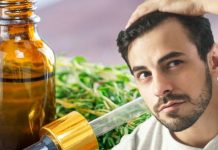 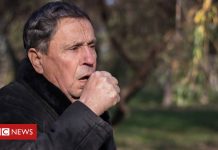 Campaign to save five-year-old cancer sufferer has become one of the fastest online charity...