How to Find a Good Leader

We’re going to the polls and looking for leaders. What do we want? What a voter told Bret Baier a week ago, live from the campaign trail: someone she can cheer for. She was such an American, half hopeful, half wistful.

When people have real leaders, there’s a feeling of security: Somebody reliable is in charge. When a majority don’t feel that, there’s a sense of unrest, of jitteriness that filters out and down. America’s never at full peace, it’s not our style, but there’s a greater sense of soundness, and less frantic scrolling down for the latest horror, when you feel there are solid folk in office.

There are suddenly a lot of new books on leadership. I asked Doris Kearns Goodwin, author of the easygoing yet scholarly “Leadership: In Turbulent Times,” why. “Because we feel the absence of leadership now, not only in the president but in the Congress—the inability to get together and get things done.” When you lack something, you try to define exactly what it is so you can find it. We feel “a yearning for togetherness” and wonder which political figures might help set the nation in a common direction.

Ms. Goodwin asks questions in her book—“Are leaders born or made? Where does ambition come from? How does adversity affect the growth of leadership?”—and suggests answers through profiles of leaders under duress. She focuses on personal qualities. Leaders assume responsibility for pivotal decisions, transcend personal vendettas, try all paths to compromise. She tells me a good leader has “an ambition for self that becomes an ambition for something larger.” Leaders remind us we’re citizens, “part of the American story,” not merely anxious spectators. “In every moment of our turbulent times it wasn’t just the leader who was present, it was the American people.”

In his magisterial new “Presidents of War,” Michael Beschloss notes that since the founding, presidents “have taken the American people into major wars roughly once in a generation.” They have too often “seized for themselves the power to launch large conflicts, almost on their own authority.” The founders would be “astonished and chagrined” that the “life or death of much of the human race has now come to depend on the character of the single person who happens to be the President.”

Mr. Beschloss tells me his thoughts go to the qualities of leadership that Americans should demand when choosing candidates for that office: probity, judgment and “towering empathy” for those Americans who fight and endure our wars. “Lincoln demanded that a new military cemetery be located where he could often see it, so that he would be painfully confronted with the terrible results of the decisions he was making.”

I add these thoughts on political leadership (and “he” includes “she”):

A leader is someone who first of all means it, and you can tell. He sincerely holds the views he espouses: He is serious. Advancing them is his project and purpose.

The ideas he stands for are not merely policy points on an issues matrix. They are held together by a central overarching intention. The new nation called America will survive and thrive while holding to its liberties. The Union must hold. The Cold War will be won, and we will win it. The intention springs from a general but discernible political philosophy.

Politicians who can’t turn the dots into a picture are not artists but failed pointillists. They don’t present a full picture. In the end it’s all just dots. No one ever voted for long for a dot.

Great leaders are capable of arguing for the things they believe in. They can make the case. They can make you think along with them, logically, from point A to point B and beyond. Their words aren’t emotional, as politicians’ tend to be now in an attempt to make a sated audience feel something. (And also because they’re confused about what eloquence is; they think it means fancy.) When leaders rely on logic and fact, voters do feel something: gratitude at the implied respect, and a feeling of warmth at membership in a community of thought and belief.

Eloquence in political leaders is desirable but not necessary. Too much is made of it even as the real thing disappears. It’s good if you can make the case in a way that is memorable, and that voters can hold in their heads. FDR and Reagan were great and eloquent. But Dwight Eisenhower led American forces through World War II, managed the early days of the Cold War, and built the interstate highway system. Yet listening to him talk was like making your way through children pillow fighting—lots of noise but nothing that made an impression. His actions were eloquent.

Good leaders live in the real world. They don’t insist on grand ideologies they can squish down on your heads. They know the facts and work within them. They respect reality.

A leader is aware he is the object of many eyes. This puts a responsibility on him to act in a certain way—with respect for his own dignity and yours. Even if he’s not in the mood, he must uphold standards of presentation. Children are watching and taking cues. That means the future is watching.

A leader isn’t just trying to survive for himself, to hold on to power. Yet a leader tries always to survive. Good leaders are survivors: That’s part of how they show loyalty to what they stand for, by being there to stand for it. How to survive? Shift strategies and tactics but not principles. And admit when you’re wrong, in part because it’s refreshing. Politicians so rarely do it.

A serious leader bothers to have command of the facts. Leadership isn’t all airy impulses, it’s knowing local and national facts because you’ve studied and absorbed them. You did the work.

A shrewd leader knows what time it is. He watches each side and sees what tendency is coming up, and going down. In that movement he spies openings. A politician fully alive to signs and signals would have seen the meaning, in 2010, of the town hall uprising’s major cry: “Keep your government hands off my Medicare!” The media found it hilarious: these stupid Republicans hate ObamaCare but love their entitlements. Democrats saw it as hypocrisy, Republican professionals as schizophrenia. Few saw it for what it was: a new Republican populism was rising, one fully aligned to big state entitlements people felt they’d earned.

When you, the voter, aren’t presented with candidates who look like real leaders, what do you do? Pick the closest to the ideal. Fall back on the practical. Make do with what you have, which is what we usually do.

Mr. Beschloss, in an email: “Choose a candidate whose values and heart and life experience you feel comfortable with, so that you can feel confident about the vast majority of political decisions they will make, if elected, that you will never hear about.” 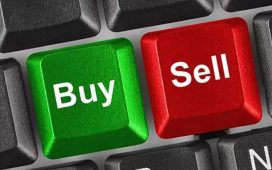 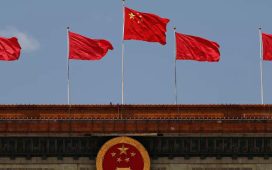 Is gold losing its sheen as a safe haven? 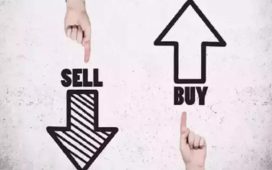 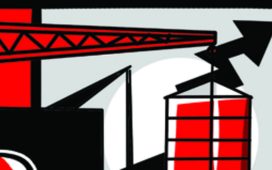 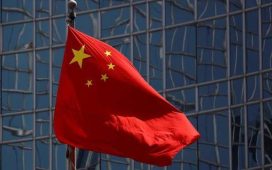