How to put fizz in your finances by investing in champagne


The champagne market is fizzing. Investment returns from buying the best French sparkling wine – if you resist the temptation to pop the cork – have beaten those from the stock market over the past decade.

The Liv-Ex ‘Champagne 50 Index’ – which tracks the value of 50 of the finest vintage champagnes – has risen 85 per cent over the past ten years.

Over the same period, the FTSE 100 Index – which measures the performance of the 100 largest companies on the London Stock Market – rose just 65 per cent.  Even in the past year alone some cases of champagne have risen 30 per cent in value. 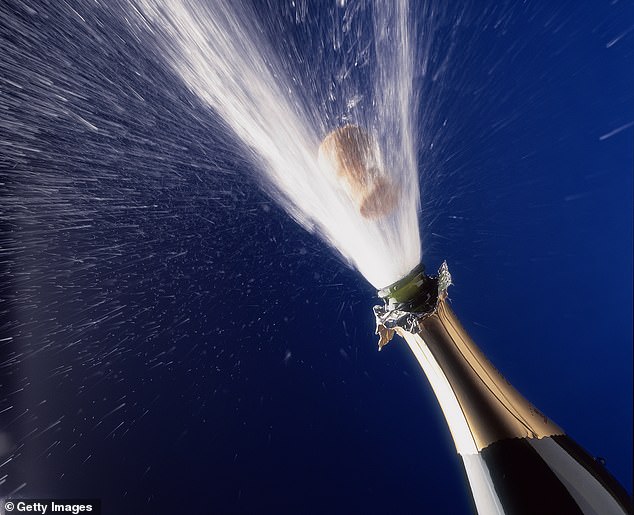 Over the past decade, the best performing champagnes have come from small producer Salon

Over the past decade, the best performing champagnes have come from small producer Salon, whose best vintages have increased in value by 163 per cent.

Others that have done well include Philipponnat, Dom Perignon and Krug – rising by 63, 61 and 60 per cent, respectively. The prices for vintage Cristal have increased 40 per cent.

Nicola Graham, of Liv-Ex, says: ‘Brand recognition is strong in the champagne market – with restaurants, nightclubs and Royal Weddings all playing a part in adding to their appeal.

‘It is not just about how critics score the champagne, but also the year the grapes were harvested – the vintage. A great vintage can add to the appeal of other champagnes bottled in that year.’

The best vintages that a champagne producer bottles are often known as ‘prestige cuvee’.

In contrast, if a grower believes a particular vintage is not up to scratch they usually scrap it – preferring to blend it with others to sell as non vintage champagne, destined for supermarket shelves.

This helps add to the attraction – and price – of vintages that producers believe are worthy of their name. 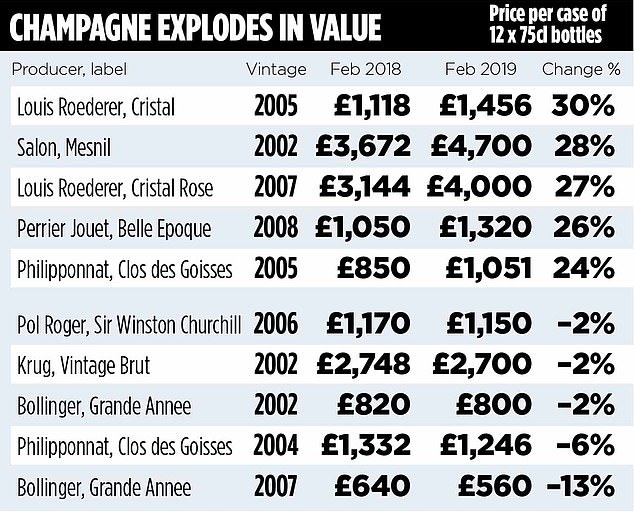 When Dom Perignon 2008 was released last month at £1,200 for a crate of 12 standard 75-centilitre bottles, investors pounced. Within a day prices had risen 16 per cent with wine lovers paying £1,400.

Other vintages that have recently enjoyed impressive returns include Louis Roederer’s Cristal 2005, rising 30 per cent in value in the past year, with a crate now changing hands for almost £1,500.

The brand used to be a huge favourite of hiphop artists – with rappers such as Jay Z mentioning it in his lyrics. But not all champagne has increased in value.

Graham says: ‘Older vintages tend to grow in value with age – the prices nudging ever higher as bottles get drunk and become harder to find.’

Sparkling wine has also received a boost from sterling’s devaluation following the Brexit referendum in 2016 – since when the Champagne 50 Index has risen by 35 per cent. 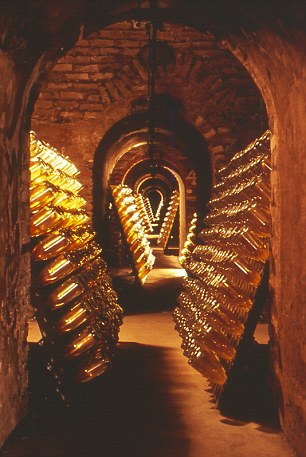 A vintage investment: The Cristal champagne cellar at Roederer in Reims, France

The average price of a crate of investment-quality champagne is now valued at £1,485, or £124 for a standard-size bottle.

If you are interested in acquiring investment quality champagne you will not find it at your local supermarket. Instead you must visit a specialist wine merchant.

They regularly tour the vineyards of north-east France to find the best vintages by sampling them.

Some merchants provide investment advice. To benefit from all the tax breaks available to wine investors, you will have to accept that you will never see the champagne.

The wine will be ‘bonded’ by the merchant and remain in a temperature- controlled warehouse.

Such bonding means no VAT or duty have to be paid. The cost of having a crate of 12 bottles bonded is usually between £10 and £20 a year. This includes insurance against loss or damage.

Champagne vintages are often released ten years after they have been harvested – so this year you should look out for 2009 vintages.

But you may have to keep it stored ‘in bond’ for several years – perhaps a decade or so – for supply to fall sufficiently for you to make a half-decent investment return.

When you eventually sell the champagne – typically back to a wine merchant – you can expect to see about 10 per cent of the proceeds absorbed in trading costs.

On the plus side, champagne – as with other wine – is classed a ‘wasting asset’ by Revenue & Customs. This means there is no capital gains tax to pay when you sell.

Merchant Alex Marton, who runs Alex Marton Fine Wines in Ealing, West London, says: ‘Wine trading is an unregulated market so you must find someone reputable.’

He says it is essential to do background checks on any wine merchant or trader you intend to deal with.

It is important they have an office you can visit – not just a fancy website. Also, never respond to a cold-call sales pitch.

Before agreeing to hand over any money visit consumer website investdrinks.org. This provides details of wine traders that have been involved in fraud and publishes regular blogs on the latest scams.

While most investors will buy and sell cases containing 12 bottles each with a 75cl capacity, Marton says the size of bottle can matter when investing, with the bigger and rarer bottles sometimes commanding premium prices.

A magnum – twice the size of a regular bottle – is commonly used for champagne.

A bottle that holds three litres is known as a jeroboam and is the size used to spray the crowds in celebration at the end of a Formula One Grand Prix. One of the biggest is the rare nebuchadnezzar, which holds 15 litres.

Marton adds: ‘Many people do not realise champagne can be stored for a long time before it is drunk. I have tasted champagne bottled in the 1950s that has lost a little of its effervescence, but still had bubbles with a glorious flavour of orange and grapefruit.’

He points out that one of the great qualities of champagne is that even if it works out as a poor long-term investment you can always drown your sorrows and drink it.

Champagne is not the only alternative investment to have made people money in the last few years. Other fine wines, classic cars and even stamps have provided rich rewards.

Traditionally, investment wine was limited to the high-priced clique of clarets from the Bordeaux region of France – known as the five ‘first growths’ or ‘premier crus’.

These include Haut-Brion, Lafite, Latour and Margaux. The index that measures their overall investment performance is the Liv-Ex ‘Fine Wine 50’ and it is up 64 per cent over the last decade.

The value of classic cars is monitored by Historic Automobile Group International.

The Hagi Top Index measures the value of cars costing more than £100,000 – including Aston Martin, Bugatti and Ferrari. Its value has soared by more than 280 per cent in a decade.

The value of rare stamps is sustained in part by international appeal. The Stanley Gibbons GB250 index – plotting the value of the top 250 investmentgrade British stamps – has risen in value by 160 per cent over ten years.