These days it’s almost unheard of for a phone to be toting just a single lens, while triple and even quadruple cameras are becoming increasingly more common as time goes on, especially for flagship models.

Both the Samsung S10, and its larger sibling, the S10+, feature a triple-lens camera setup on the rear of the phone, giving you a good degree of flexibility to shoot a variety of different types of scene.

In this piece, we’ll take a look at each of the lenses, how and when to use them, and some tips for getting the most from your Samsung S10 or S10+. Note that the Samsung S10 5G also has a triple-lens setup on the back, with a fourth “camera” which is used to measure depth (but can’t actually be shot within the traditional sense). 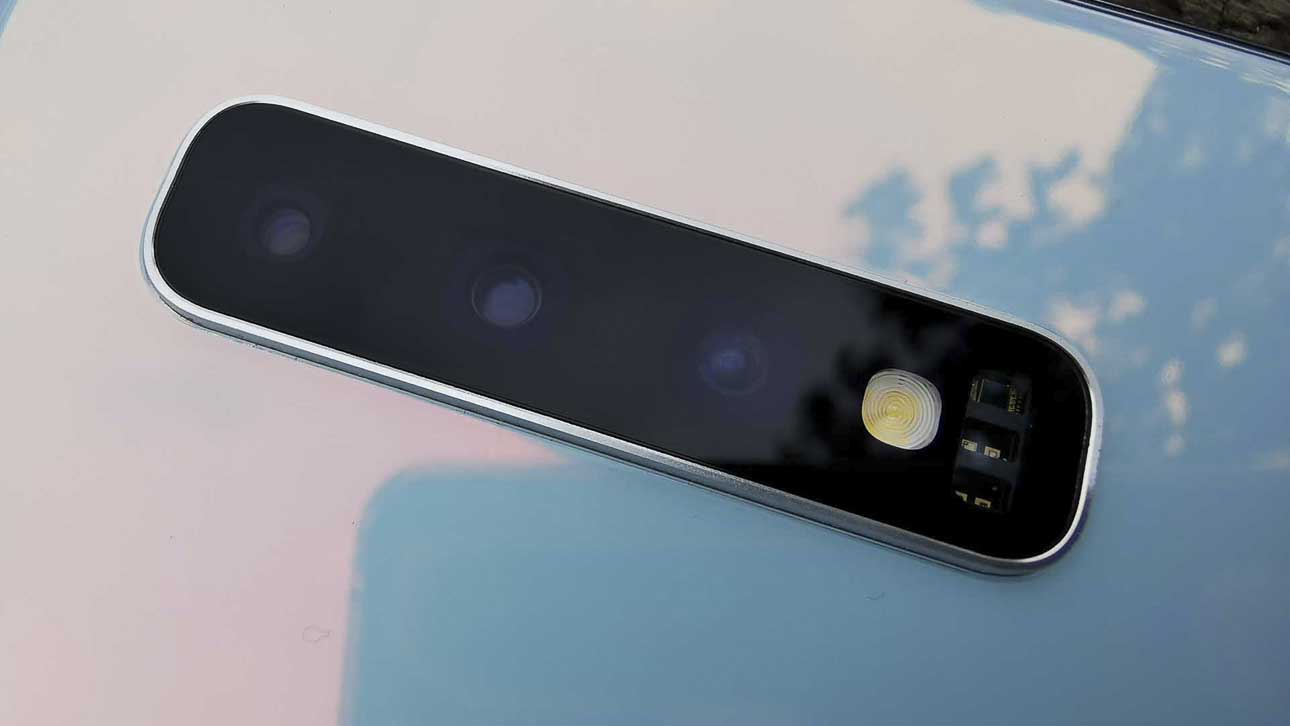 What are the Samsung S10’s triple lenses?

On the rear of the Samsung S10, you’ll notice that there are three lenses arranged in a horizontal line near the top of the rear of the phone. Working from right to left you have the ultra-wide-angle lens, the standard lens and the telephoto lens. 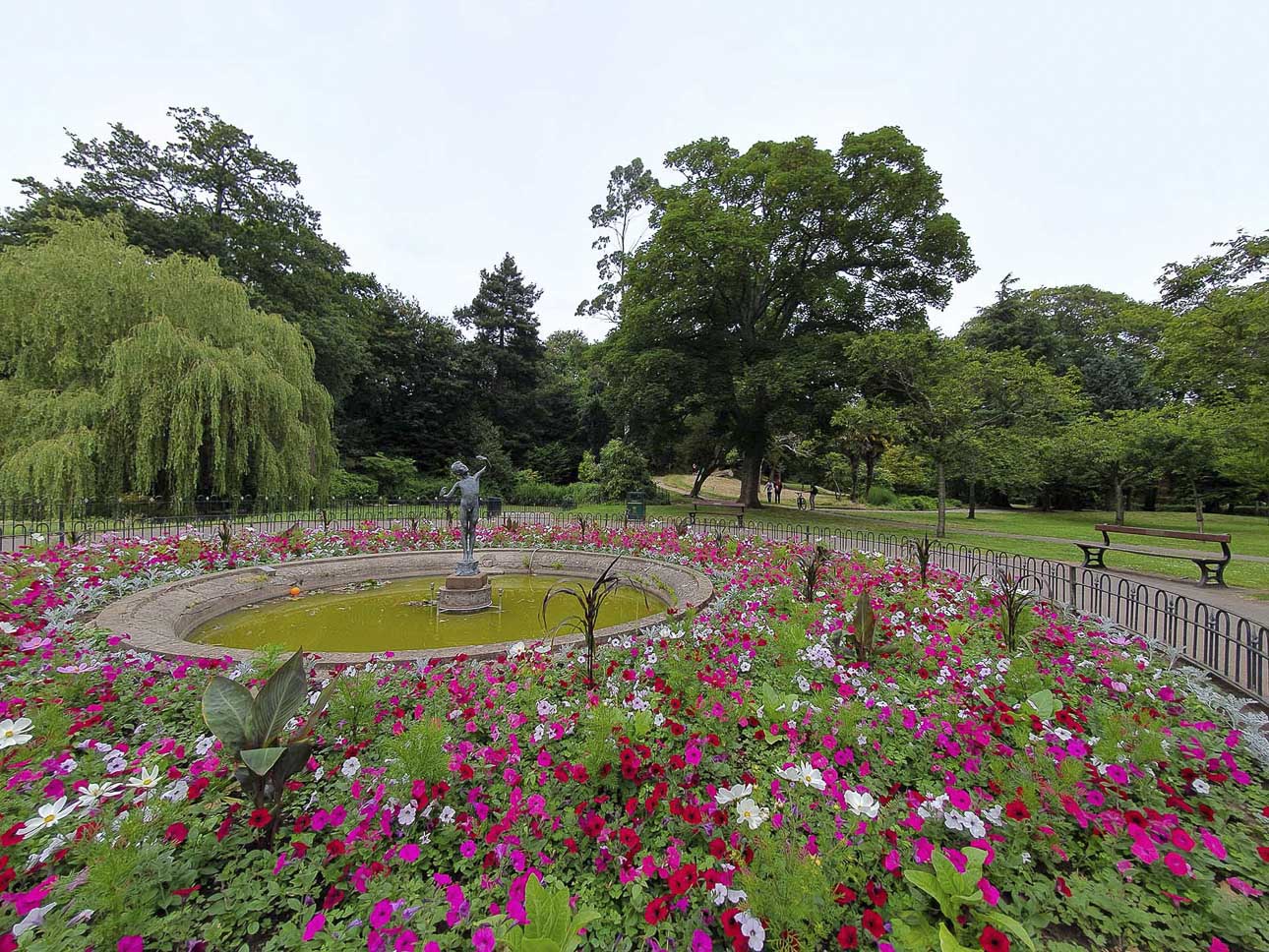 The ultra-wide-angle lens is sometimes called the 0.5x lens, and gives you a 35mm equivalent focal length of 13mm. It also has a maximum aperture of f/2.2 and it sits in front of a 16 megapixel sensor. When shooting with this lens, focus is fixed, meaning you can’t change focus by tapping around the screen. 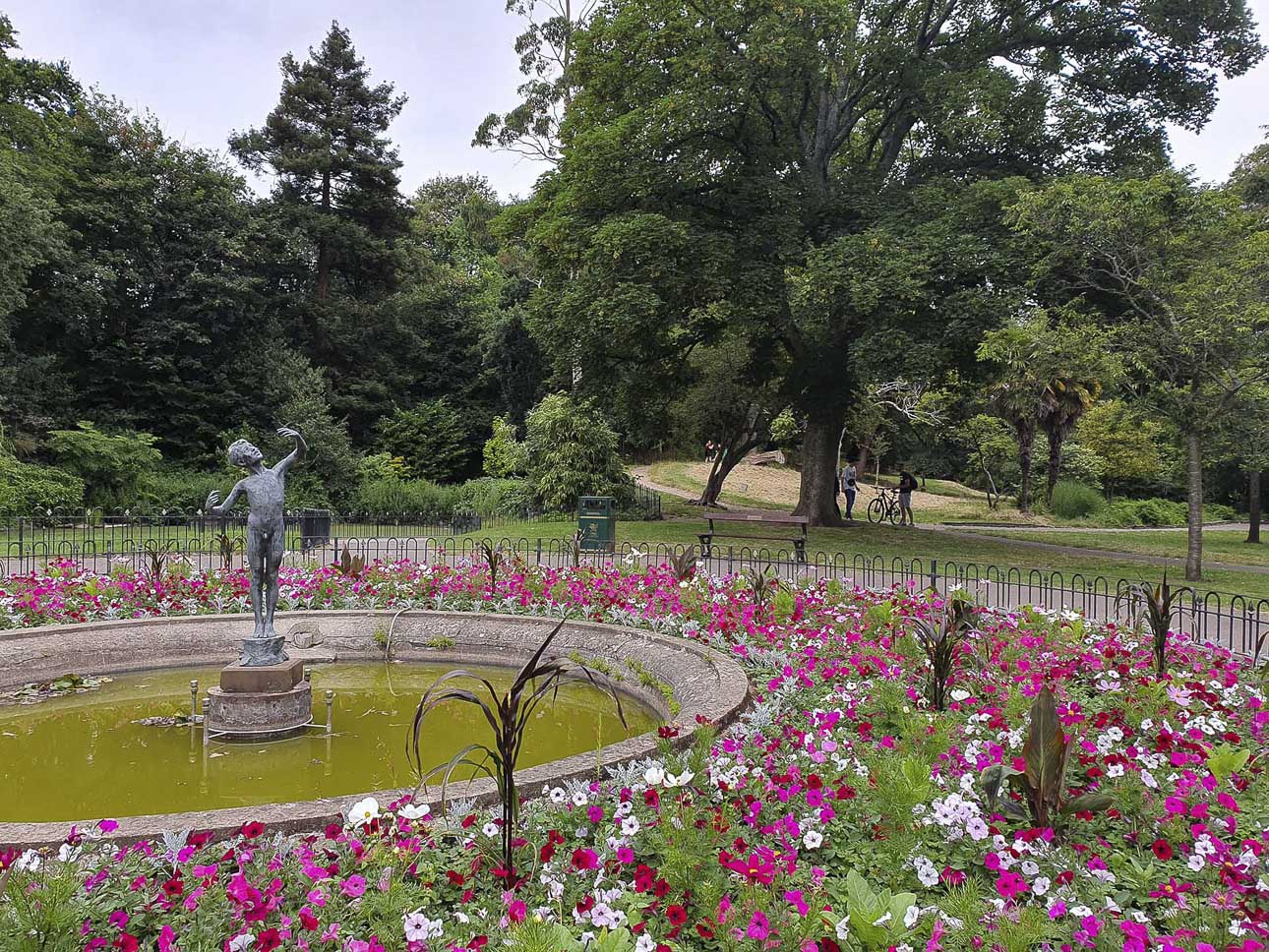 The standard lens, also known as the 1x lens, is what the camera will open to by default. It has a focal length equivalent of 26mm and, interestingly for a smartphone, gives you two different choices of aperture, which you can control manually to let in more, or less, light (f/1.5 or f/2.4). This lens also benefits from optical image stabilisation. This lens uses dual-pixel autofocus, which makes it the quickest to acquire focus.

The telephoto lens, or 2x lens, gets you closer to the action. Here the focal length equivalent is 52mm, and the aperture is f/2.4). This is another lens which has optical image stabilisation – which is particularly useful when you’re shooting at longer focal lengths. This lens uses phase-detect autofocus. 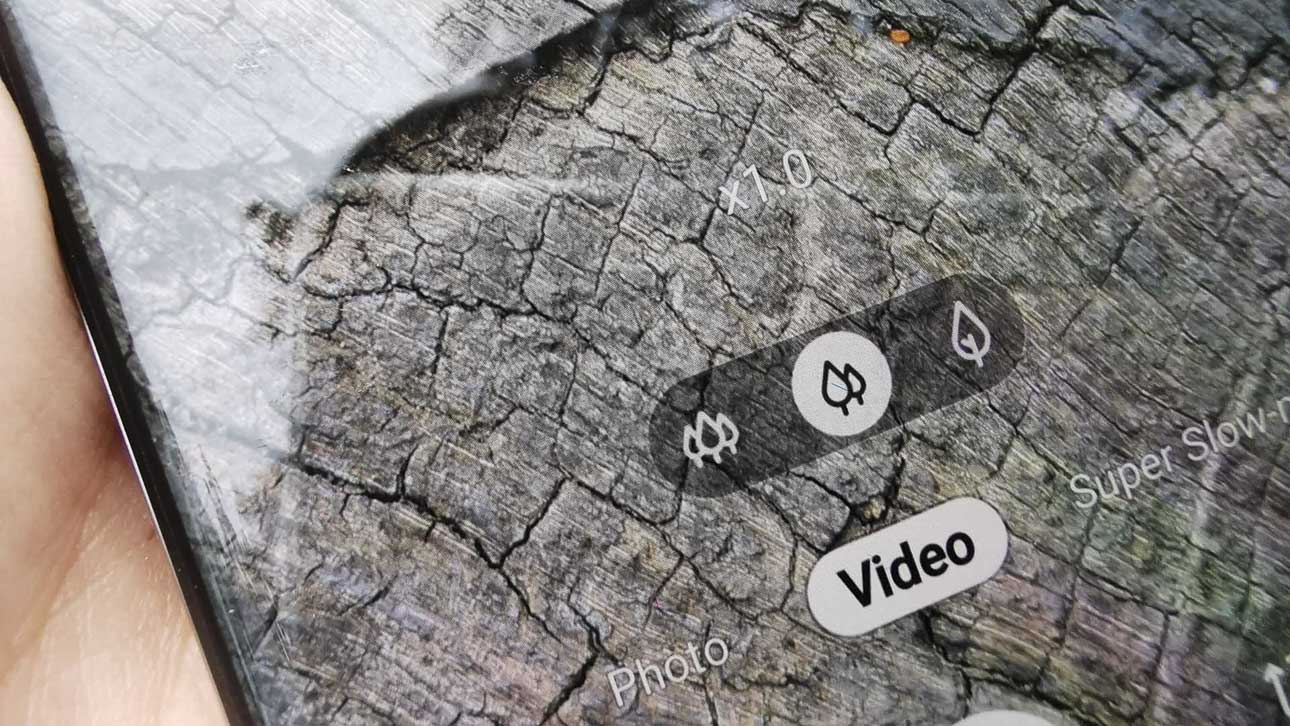 How to use the Samsung S10’s triple lenses

Switching between the different lenses available is pretty easy.

When you open the S10/S10+’s native camera, you’ll find that it launches in the standard Photo mode by default. Now you’ll see along the bottom of the screen (or to the right if you’re shooting in landscape format), three symbols. These are the key to the different focal lengths – the default open is represented by two trees (the standard lens). To go wider, select the icon showing three trees, and to go closer select the icon with a single tree.

Alternatively, you can also pinch to zoom in and out – as well as pinching out to go beyond the 2x optical zoom and start using digital zoom.

There are some caveats to using the different lenses. Sadly, it’s not possible to use either ultra-wide angle lens or the telephoto lens when shooting in the advanced Pro mode. This is something which has been asked for on several occasions, so perhaps we’ll see it with an update at some point.

When to use the Samsung S10’s triple lenses

If you’re still fairly new to photography, it might not be immediately obvious when to use the different lenses. That’s especially true if you’ve come from another device that only has one or two lenses.

There are no hard and fast rules when it comes to what you do and don’t shoot with each of the lenses – you can be creative and bend the conventions, but here’s some typical ideas to help you get started.

This is your “everyday” lens that you’ll probably find you use for the vast majority of your shots. It’s useful for a huge number of different shooting scenarios, and you could use it for landscapes, portraits, pet shots, still life, flowers, architecture and more. At 28mm it’s fairly wide, without introducing too much obvious distortion in most situations.

An ultra-wide-angle lens is starting to become more popular on several phones, with lots of models including it. Shooting at 13mm is particularly handy when you want to get lots of the scene in but there’s no way for you to physically step backwards. Shots such as architecture and landscape typically work well at this focal length – but it’s important to watch out for distortion creeping into your shots. Sometimes you can use distortion to your advantage for a creative look, though. Typically you probably wouldn’t shoot portraits with an ultra-wide-angle lens, but for some environmental shots – where you show the subject in the context of their surroundings – it can work well, but again, watch out for unflattering distortion.

The telephoto lens is what allows you to get closer to the subject you’re photographing. That’s useful if you can’t use your feet to get closer and comes in handy for shooting a closer up view of a landscape, or something like an animal in the distance. Portraits are also good to shoot with the 2x optical zoom as the 52mm focal length creates a more flattering effect than a wide-angle or super-wide-angle lens. 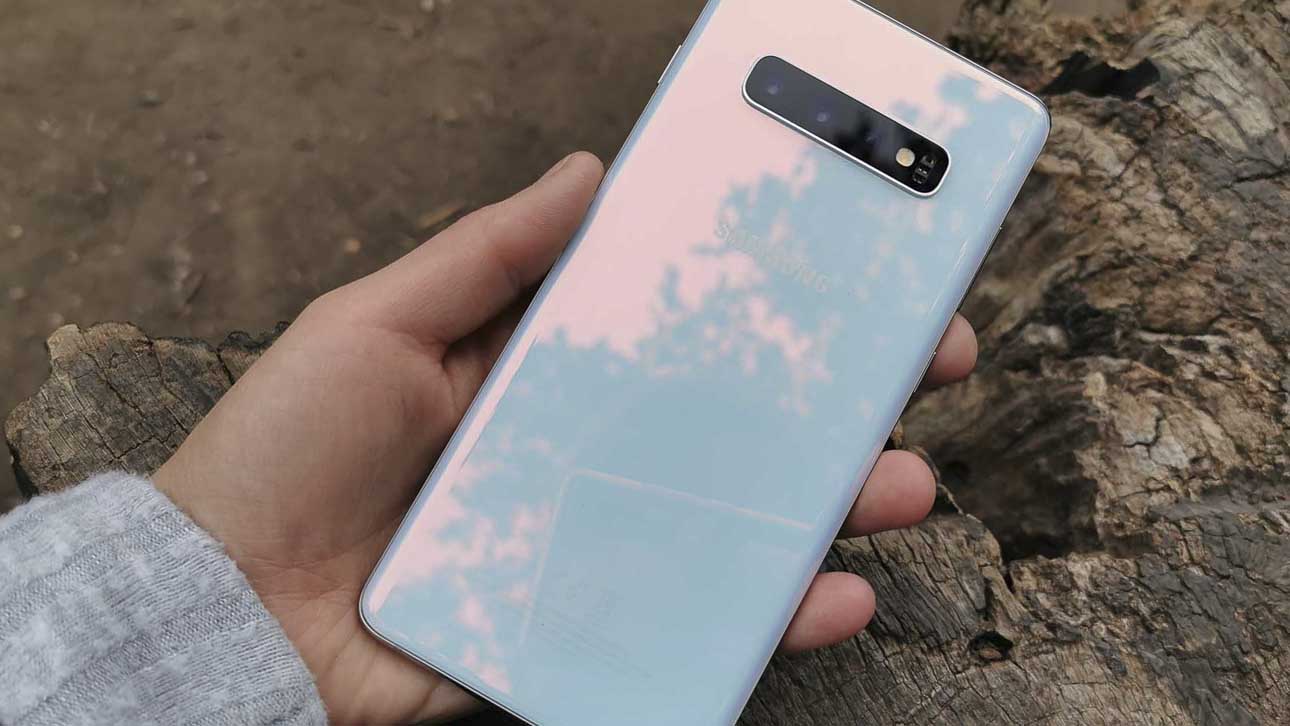 How to use the Samsung S10’s triple lenses

The Samsung S10 and S10+ have a triple-lens camera setup, we’ve got a few tips on how and when to use them to get the most from your Samsung smartphone 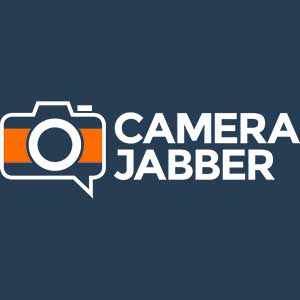 The Nevada Democratic debate: What happened – The Washington Post

Can Wyoming regulate the internet? Its Legislature is trying. – Casper Star-Tribune Online

Samsung Galaxy Chromebook release date may be April 6, LTE could be coming too – 9to5Google

How not to understand money