How will investors get to grips with the coronavirus threat?

A deadly virus from China that has shaken global equity markets could hit even harder this week if the death toll continues to mount and the contagion’s effects spread across and beyond Asia.

Hong Kong’s Hang Seng, already buffeted by the US-China trade war and local protests, has taken the biggest knock. Over the past week it has fallen by 3.8 per cent, just ahead of China’s CSI 300, which lost 3.5 per cent. Stock exchanges in Japan, South Korea, Singapore and Thailand, all of which have reported cases of the contagion, also sank.

The US, the first nation outside Asia to be affected, is yet to see any significant market impact. However, the S&P 500 closed up just 0.1 per cent on Thursday after the World Health Organisation said it was split on whether the epidemic qualified as an international emergency.

The outbreak has drawn comparisons with the 2003 outbreak of Sars, which left nearly 800 dead after sweeping through more than two dozen countries in North America, South America, Europe and Asia. Then, like now, Hong Kong’s Hang Seng index was hit the most, losing nearly a fifth of its value over six months.

Brent crude dropped about 6 per cent over the week to $60.9 a barrel by late Friday — its lowest level since early December — with most traders pointing to the coronavirus as the cause of the sell-off.

China’s renminbi, too, lost more than 1 per cent over the week against the US dollar to trade at Rmb6.9.

Shares in airlines and luxury goods makers were also under pressure. Air France and British Airways-owner IAG both slid about 6 per cent over the week, while Burberry, Richemont and LVMH — luxury goods makers that are heavily reliant on Chinese sales — were each down more than 4 per cent. The big beneficiaries: shares in Asian businesses that make rubber gloves and other surgical equipment.

“The potential spread [of the virus] is enormous,” said Andrew Sullivan, Hong Kong-based director at broker Pearl Bridge Partners. “Already we have seen retail and travel stocks hit, and I would expect to see that continue.” Daniel Shane

Will the Bank of England cut interest rates?

Mark Carney’s final interest-rate decision as Bank of England governor is poised to be among the most compelling. Investors are equally divided about what will happen, with swaps markets pricing a 50 per cent chance of a cut in rates to 0.5 per cent.

Mr Carney and some of his colleagues on the monetary policy committee talked up the case for lower rates in early January. A flurry of weak economic data showed the economy took a turn for the worse at the end of 2019 as the uncertainty surrounding the general election held back activity.

But signs of a post-election rebound have muddied the picture. Friday’s purchasing managers data showed unexpectedly strong growth in business activity in January.

“After a business survey jump like this and with optimism higher, why not wait a bit longer to see how things play out?” she said.

But some investors clearly believe the MPC will assign greater weight to official output data rather than surveys and sentiment indicators. That was the case during 2019, when the BoE ignored gloomy surveys and kept rates on hold, according to Jacqui Douglas, chief European macro strategist at TD Securities.

She said: “Do they change tack now and say it’s the survey data that matters? Our feeling is that the hard data has been weak enough to justify a rate cut.”

With markets pricing the chance of a rate cut as a coin toss, the BoE is likely to trigger a sizeable reaction whatever it does on Thursday. Tommy Stubbington

What will compel the Fed to adjust its benchmark policy rate in 2020?

At the Federal Reserve’s final meeting of 2019, chairman Jay Powell made it clear the central bank was firmly on pause.

After three consecutive interest rate cuts between July and October — which brought the central bank’s policy rate down to 1.5 per cent to 1.75 per cent — officials at the Fed signalled confidence in the amount of accommodation they had provided the economy, given the ebbing of risks to the global growth outlook and the continued rude health of the US labour market.

Officials at the central bank will give more clues on Wednesday as to what may compel them to change that stance, when they meet in Washington for their first policy-setting meeting of 2020.

To date, Mr Powell has trained his focus on a few important indicators. In order for the central bank to lower interest rates further, he said there would need to be a “material reassessment” of the economic outlook, perhaps brought on by a re-escalation of the US-China trade war that played a large part in the Fed’s decision to ease policy in the first place.

READ  Kavanaugh and the sorry state of US democracy

But for the Fed to move in the opposite direction and to raise interest rates, Mr Powell would need to see “a significant move up in inflation that’s also persistent,” he said in December.

In fact, the Fed has gone so far as to say it is willing to let inflation run above its 2 per cent target to make up for the years inflation has run below this level. The bar for rate rises, then, seems very high. Colby Smith 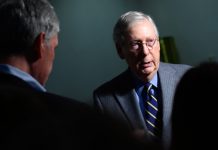 Auto insurers including Allstate, Geico to give back millions as coronavirus keeps drivers off roads 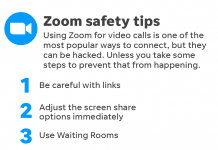 Closed on Easter: Stores including Lowe's, Trader Joe's, BJ's Wholesale Club will be closed because of COVID-19 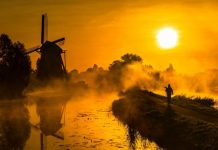 A dawn of guarded optimism 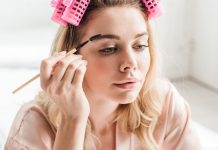 Here's how to groom your eyebrows at home

Dow plunge: 5 ways to keep big drop from fraying your nerves, ruining your...