‘I set up a funeral firm to help people, not to make money’

I’d never come across a funeral director until I attended my grandmother’s funeral when I was 18. It was horrendous. The vicar started conducting a marriage ceremony by accident, and one of the coffin bearers sang hymns half a line behind the rest of the congregation. It always bothered me. I wanted to help people, so I decided to train at a national funeral directors. While I was there, I came across an advert to hire a motorcycle hearse. I asked the owner for a job and ended up spending the next four years working as the world’s first full-time female motorcycle hearse rider.

Working in the industry opened my eyes to how funeral directors worked – good and bad. In the end, I thought I couldn’t complain about others if I wasn’t prepared to put my money where my mouth was. So I set up my own company. We’re not about selling things, it’s not about turnover or profit – it’s about people. We don’t wear suits in the office and my two dogs come into work with me. We’re focused on helping people relax. Recently a client mentioned that her brother would DJ in a pub in Oxford where he’d have to take his equipment by boat. It was a little throwaway comment, but we ended up taking him to his funeral in the pub by the same boat down the Thames. I also had the absolute privilege to take my friend and mentor, the owner of Motorcycle Funerals, on a 126mph final ride around Donington Park circuit as part of his funeral. I know he would have loved that.

I take a salary of between £16,000 and £26,000 from the business. I take out as little as possible so I can keep prices the same. I haven’t increased my prices since the day we opened six years ago, and I don’t envisage doing it.

As for my household finances, I don’t have a clue – my wife Nonie takes care of all that. I put £1,000 a month into our bank account and that covers everything for my part: household bills, food, rent and so on. She has a spreadsheet and works everything out. I just know what I need to put in. I’m really lucky that my wife has a great job. Between us we spend at least £400 a month on our two dogs, which pays for their vet bills, insurance, organic dog food and treats.

Whatever is left covers my Bupa and motorcycle insurance. If I want to buy something frivolous, I’ll email my accountant and ask if I can take it out. Two years after opening, I took out £650 to buy a first edition of Patricia Cornwell’s Postmortem. That had been a dream of mine since I was 13.

I own three motorcycles: a Honda Fireblade, which is worth nothing but is of sentimental value, a Yamaha WR450 and a Triumph Speed Triple.

I sometimes spend more than £100 a month on books. I read a lot of crime fiction, biographies and general fiction.

I’ve always loved the artform of tattooing. I’m 70% covered in tattoos – I’ve only got my two thighs, hands and neck left. I spend anywhere between £1,000 to £3,000 a year on tattoos. In the last few years I’ve travelled to the Netherlands and Germany for appointments with tattooists because I love their style.

I rarely take holidays. When we got married we visited Scotland and spent a stupid amount on a holiday as we hadn’t been away for seven years. But generally I don’t take holidays.

We have five-year and 10-year plans that involve buying a house and travelling. I have the big ideas and then Nonie makes it into a spreadsheet and works out how we’ll get there.

The plan is to move to Devon. I’ll work in Oxford four days a week and she’ll work from home. I did consider opening further offices, but then I had a massive epiphany and realised that actually I don’t want to. I’m happy with what we do. I can manage it now and if I try to expand and make it bigger, a lot will be lost and, to be honest, it’s just unadulterated vanity. And I’m not particularly vain. I love meeting incredibly random people and, for me, that’s worth more than money. 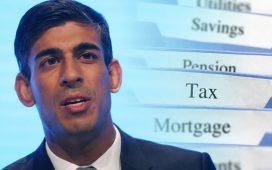 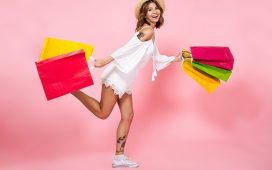 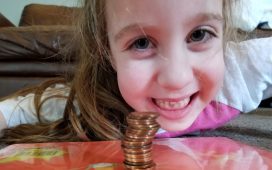 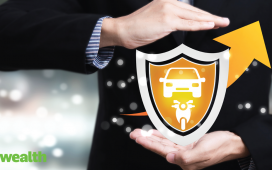 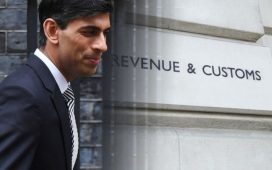