'I wish the bank had asked about my spending'


When the proceeds of a house sale meant Amanda Whiteman had £28,000 in her bank account, she knew she should have been saving some of it.

Bipolar disorder made that very difficult. The 37-year-old spent the money within nine months.

She had a car and a holiday to show for it, but no idea now what she bought with the rest – which was spent during a manic phase of her illness – other than it being “rubbish”.

“I went to the bank to withdraw the money and they gave it to me without any questions,” said Ms Whiteman, a sales adviser.

“Everyone is different. Some would see it as interfering, but any help they could have given me I would have been grateful for afterwards.”

Analysis has shown that people with bipolar disorder, depression or obsessive compulsive disorder (OCD) are particularly prone to overspending and potential problems with money management and debt.

Now the Money and Mental Health Policy Institute is calling on banks and building societies to monitor customers’ data to spot signs of problems, such as sudden drops in income, dramatic increases in spending, or persistent use of unauthorised overdrafts.

It wants banks to use text message alerts, for those who want them, or clear directions of where to go for debt advice.

Ms Whiteman said that she would probably have repelled any offers of help at the time she was spending.

“I would have thought it was my money, and that the bank was not being helpful or looking after my interests,” she said.

That was why it was crucial, she said, for banks and their customers to be able to put safeguards in place at a time of good health, not during a manic episode.

She said she would rather the bank had something on its records to mark that she was bipolar, rather than be unaware and unable to step in.

The proposals do raise questions about bank account holders’ privacy and whether a bank should have any kind of role in how customers manage their money.

Banks have pointed out to the institute that many customers would have more than one account, making it difficult to gather a comprehensive picture of a customer’s finances.

There are also data protection rules in place that would make any intervention difficult. The institute wants regulators to publish guidance on how customer data can be used legally and safely.

“Barely a week goes by without a news story about how companies are using our personal data, and the impact that’s having on our privacy and safety. While these concerns are legitimate, focusing solely on the dangers risks overlooking the enormous opportunity data can present – with the potential to even save lives,” said Helen Undy, chief executive of the institute.

“About 100,000 people in problem debt attempt suicide each year in England, with many suffering in silence and struggling to ask for help.

“Something as simple as a bank checking in with a text message if someone’s data shows a sudden drop in income, or signposting them to extra support could make all the difference.” 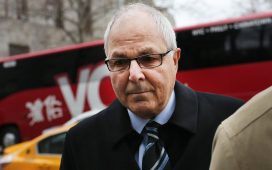 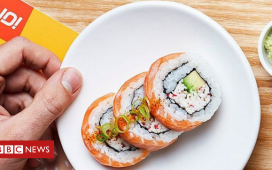 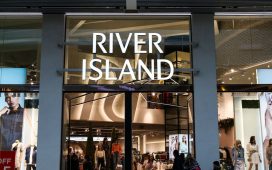