Companies should think twice before sending staff to China, the head of the International Crisis Group said on Sunday following the arrest and detention of its employee Michael Kovrig.

Speaking to the FT at the Doha business forum in Qatar, Robert Malley, chief executive of the ICG, a non-governmental organisation that aims to defuse and resolve conflicts, warned that the detention of Mr Kovrig last week was likely to have “a chilling effect” on foreigners working in China.

“I would think from a Chinese perspective, the last message they would want to send right now is that [foreigners] are not welcome for business, for engagement,” Mr Malley said.

China detained Mr Kovrig last Monday and he has been held without charge or access to lawyers. He saw the Canadian ambassador at the end of last week, but such consular visits are allowed only monthly, according to Mr Malley.

The Canadian former diplomat and another Canadian citizen were detained following the arrest in Canada of Meng Wanzhou, Huawei’s chief financial officer, who is fighting extradition to the US on charges of violating sanctions on Iran.

Mr Malley said he would not speculate on the reasons behind Mr Kovrig’s arrest but rejected any “innuendo” that he was engaged in anything other than dialogue with Chinese officials with the aim of preventing conflict on the Korean peninsular.

“On our website you’ll see [Mr Kovrig’s] work because everything we do is published. He talks to Chinese officials about foreign policy with the goal of preventing and resolving deadly conflict,” Mr Malley said.

Mr Kovrig is under investigation for “activities that harm China’s national security”, the Beijing News reported last week, an accusation that would preclude any requirement for public evidence or transparent process.

“The notion that he’s endangering Chinese national security — I think everyone realises is a canard,” Mr Malley said. “There are other reasons behind it and we hope it will be resolved very quickly because it is an unjust and a very difficult situation he and his loved ones are going through.”

Following Mr Kovrig’s arrest and detention, the US has considered warning its citizens about travel to China in what would be an escalation of trade tensions at a time when the two countries have been attempting to step back from tit-for-tat retaliatory measures.

Consideration of such action was supported by Mr Malley. “I would think [China] would want to project an image of a country that’s very open to foreigners coming there, and if two Canadians have been picked up on what appear to be baseless charges . . . what does it say to others, what kind of chilling effect will that have on others?” 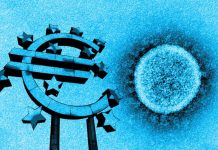 "Why I'm Sticking With My High-Risk Funds" 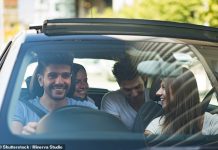 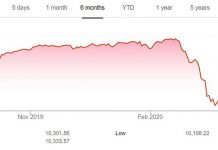