I'd be on a beach now – if only I'd invested more in my brother, says former tennis star John Lloyd


The tennis player John Lloyd made the best financial decision of his life when he invested in his brother David Lloyd’s leisure business. But he wishes that instead of investing just £20,000 and making a million dollars, he had invested more.

At one time, the former UK No 1 player could earn £50,000 for an exhibition match with his first wife, Chris Evert.

Now 65, he lives with girlfriend Svetlana, 40, and her daughter Dasha, 11, in Florida, where he is the touring pro at the Boca Raton resort. 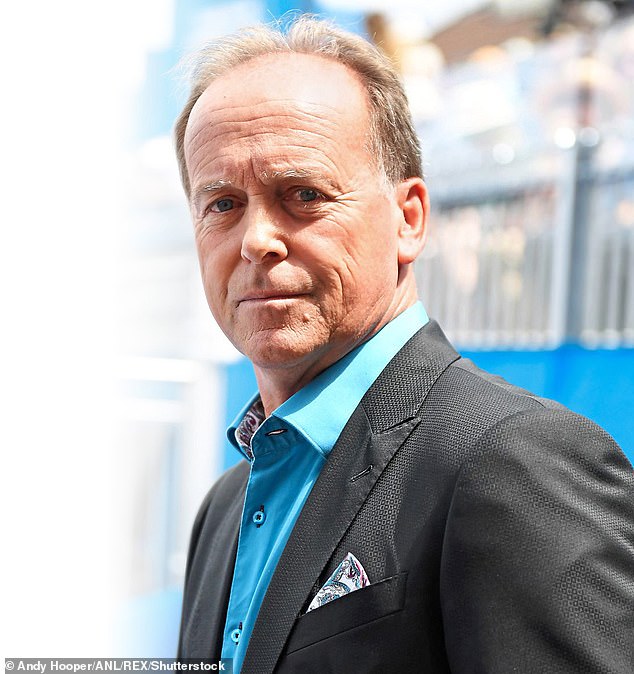 Wishful thinking: John Lloyd made the best financial decision of his life when he invested in his brother David’s leisure business

What did your parents teach you about money?

They tried to teach me to be careful with it, but that didn’t really work because I’ve never been very sensible financially. My father wasn’t very good with money either. He was left a lot of money when his father died, but he lost it.

He invested in retail and went bankrupt, and had to start over from scratch. We were living in a huge mansion with a tennis court and had to move to a small house with an outside toilet when I was five.

I don’t really remember anything being different but my brother David, who is six years older, knew more. He saw our family go from having a wealthy lifestyle to completely the opposite in a short period.

Money was tight. Our father owed a lot of money when he went bankrupt. He was a proud man and even though he did not have to, he paid every penny back to his creditors. He had to work two jobs to do so and my mother went out to work part-time as well. I think it took them around 20 years but they did it.

READ  What will 2020 bring for investors? UK remains unloved in Brexit era

What was the first paid work you ever did?

Working in an electrical shop when I was 16. I had left school to turn professional as a tennis player and injured my arm badly. I got tennis elbow and was out of the game for nine months. So my father got me a job in the retailer he worked for.

Have you ever struggled to make ends meet?

No, I haven’t. By the time I was 18, I was making money from tennis and became reasonably comfortably off for someone my age. The first couple of years there was no real prize money but if you attended a tournament you’d be guaranteed £100 or £50, depending on your stature in the game.

I was 20 or 21 before I started to earn even £1,000 at events. I took up tennis because I wanted to become a champion. I never even thought about money at the beginning, only when it started coming in a bit. Then I bought myself a maisonette and would look at my bank account and think – hold on, this isn’t too bad.

Have you ever been paid silly money?

Yes, at various times. The silliest was when I was married to Chris Evert and we did a televised event they called ‘a love doubles’ at Battersea Park. We played against Bjorn Borg and his wife Mariana Simionescu. I believe they paid Chris and me £50,000 each to play. This was in 1980 so it would be worth far more today [about £210,000]. I found it mind-boggling. But Chris was the best female player in the world at the time.

What was the best year of your financial life?

It was 1992 when my brother went public with his company David Lloyd Leisure. I had a small amount – probably about £20,000 – invested in it and I think I ended up making about a million dollars. It was an astronomical return. It was the best money decision I ever made.

What is the most expensive thing you have bought for fun?

A long Versace fur coat for £2,000 in 1989, after I won a bet on Boris Becker to win Wimbledon the second time, at 8:1 odds. Nowadays I look back and think, ‘How could I have done something so disgusting?’ But in those days there wasn’t as much awareness about fur coats and animal rights as there is now.

What is your biggest money mistake?

Not investing more in David Lloyd Leisure. When my brother asked me if I wanted to invest, I was married to Chris, who was making money in a different league to me. We could have invested £50,000 or even £100,000 and it wouldn’t have even dented our finances. And I would have made millions. I asked my brother how much he wanted me to put in. I don’t know if maybe he was a bit nervous because he told me I could just put in a small amount, whatever I wanted. So I wrote the cheque.

Some mornings I wake up and bang my head against the wall. If I had just put another £20,000 in, I would be on a beach in Barbados right now. 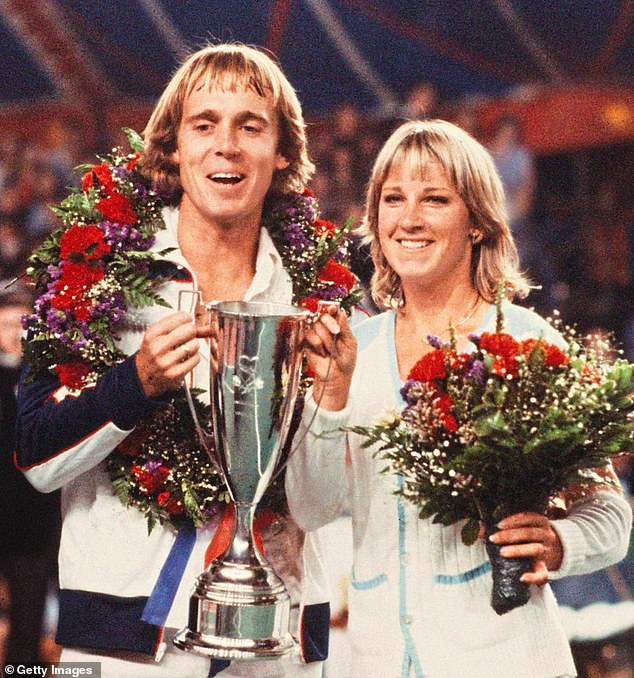 Bonanza: John Lloyd and Chris Evert at their ‘love doubles’ in 1980

Do you save into a pension?

I used to. I took advice and started a pension when I was in my early 30s. But I didn’t put away as much as I should have done. So although it’s grown, it’s not worth that much. I am more of a spender than a saver. I don’t have any investments outside of my pension. Stocks and shares don’t interest me.

Do you own any property?

No. I sold my last property when my second wife and I divorced about five years ago. Since then I have been renting. I live in a three-bed condo with a shared pool near the beach in Florida.

What is the one luxury you treat yourself to?

Using my massage chair. I bought it three years ago for about £3,000, which was more than I could afford at the time. But I need regular massages after everything I’ve put my body through. I had a hip replacement last month and two knee replacements. I lie on it watching TV or just fall asleep on it while it massages my back. I love it.

If you were Chancellor what would you do?

I would fund a programme that encourages children to get off their phones and play sports instead.

What is your number one financial priority?

To survive, really. I’ve had an incredible, fortunate life. And I’m happy. So all I want is enough to get by. I will be fine with that.

Will coffee one day supplant tea as Britain's hot beverage of choice?

Investors in HSBC face backlash over bank's decision to back China