‘If it has a roof, it will sell’: West Sussex lures London buyers


For a barometer of demand for properties in his rural West Sussex village, James Clare drops in to the Lodsworth Larder, a community-run shop that supports local producers from craft gin makers to bakers.

“Every time I have been shopping there in recent weeks, I’ve been introduced to a new resident who has just moved in,” says the 49-year-old manager of a local forestry company, who moved from the town of Haslemere to rural Lodsworth seven years ago.

Few “for sale” signs ever appear, though, says local buying agent Jennie Hancock of Property Acquisitions, as many prime sales in West Sussex are taking place before homes properly come on to the market. In these situations, she has been telling buyers — typically Londoners snapping up large country houses for £1.5m or more — to offer 20 per cent over the guide price “to stop it going on to the open market where the competition opens up and you risk being gazumped”.

Lodsworth, with neighbouring Graffham and Selham, are villages whose appeal has soared in the past year, Hancock adds. “Fifteen years ago, 10 per cent of my clients were looking in these villages. Pre-Covid, it was about 40 per cent. Over the past 12 months, it’s 90 per cent,” she says. “Buyers want to step back in time. They’re asking for a village shop they can walk or cycle to, a church, croquet and local dog shows.”

Maintaining a sense of timeless charm is made easier by the fact that West
Sussex is so sparsely populated. “It has less than half the population of neighbouring Hampshire,” says James Mac­Leod from JM Chase Property Search, and the county is dominated by a handful of large family-owned estates including Cowdray, home to a prestigious polo club, and Goodwood, famous for its horseracing and the Festival of Speed.

It’s “worlds apart” from its other neighbour, Surrey, “which has far more of a suburban feel,” says Oliver Rodbourne, a partner in Knight Frank’s country department.

West Sussex is where you’ll find wealthy buyers with more than £10m to spend on a stud farm, says Mark Crampton, the Surrey, Sussex and Hampshire agent at Middleton Advisors, mentioning the 340-acre Lavington Stud in Graffham, a breeding ground for many high-profile race winners, currently being marketed by Knight Frank for £9.5m.

“We’re also seeing families with children moving from south-west London with £2m-£3m to spend on a classic edge-of-village house with a pool and tennis court,” he adds.

There’s 50 per cent less stock than normal at this time of year, and 50 per cent more buyers

And it’s a county for those who love a good country pub — The Hollist Arms in Lodsworth comes up in many conversations — and wine, with West Sussex’s 50 or so vineyards including Nyetimber in West Chiltington, a producer of a world-renowned sparkling variety.

But for property hunters, a lack of stock — “50 per cent less than normal at this time of year, and 50 per cent more buyers”, says Bill Spreckley, regional director at Stacks Property Search — is leading to a scattergun approach from buyers. “If it has a roof, it will sell,” says Spreckley, who mentions a “wing” of a Victorian house in the South Downs National Park that had been split in two. “It was on the market for two days, saw two offers and sold for £1.8m, which was 22 per cent above a perfectly acceptable asking price.”

Every local agent has a tale of similarly over-the-top bidding in recent months. Nick Ferrier, director at Jackson-Stops, says an average of 18 buyers have been chasing each property for sale over the past 10 months.

A small, one-bedroom cottage near Petworth received three offers over the guide price before it went live on the website, says Ferrier, “just from interested buyers driving past over the Easter weekend”. It eventually sold for £525,000.

James Machell, Savills’ head of residential sales in Petworth, mentions a house in Tillington, overlooking the South Downs, which had 24 viewings in its first day on the market. “The owner couldn’t take any more, so we turned people away,” says Machell.

“Properties rarely come on to the market in Tillington and at £825,000, it appealed to a wide swath of the market, including families and downsizers, so it sold for over the guide price.”

Buyers who still need to be close to the capital tend to stay close to the Surrey border, says Philip Harvey, senior partner at buying agent Property Vision. He singles out the picture-postcard village of Lurgashall, “with cricket on its central village green ringed by a hotch-potch of houses and the celebrated Noah’s Ark pub and village stores”.

Or they focus their search on the triangle of Haslemere (60 minutes from London by train), Petworth and Petersfield. “You’re surrounded by the beautiful South Downs country park, yet accessible to London,” says Crampton.

But those who have unshackled themselves from the London commute are looking further afield. And West Sussex also has something the Cotswolds, Surrey and some other prime country markets can’t compete with: a coastline. “Coastal West Sussex has easily been the most in-demand location,” says Harvey.

“Waterfront property is the preference for buyers and prices for smaller waterside houses in fringe areas such as East Wittering and Bracklesham, near the traditional Chichester harbour hotspots such as Bosham, Itchenor and West Wittering, have shot up by 12-15 per cent during lockdown,” he says.

“But a word of warning: build-cost inflation is going through the roof and fringe areas will decline first and farthest when the current bull run comes to an end.”

The peninsula below Chichester — from Bosham to the Witterings — is still the centre of demand. MacLeod says that a country house recently attracted 40 viewings in its first three weeks on the market, with 19 potential buyers making offers.

To demonstrate the coastal lifestyle, Savills’ Machell has been paddleboarding to viewings of Tylers, a seven-bedroom house near West Wittering beach, priced at £2m.

Five more of West Sussex’s top 10 most expensive coastal areas are also in the Chichester district, which occupies the western part of West Sussex, bordering Hampshire to the west and Surrey to the north.

But the coastal area that has seen the biggest increase in transactions in the first quarter of 2021 compared with the first quarter of 2019 — with sales across all price brackets up 45 per cent (from 1,062 to 1,536 sales), and sales above £1m increasing from three to 24 — is Arun, which includes the town of Arundel, famous for its medieval castle and, soon, a new Pig hotel, and East Preston, “the up and coming hotspot”, says Rodbourne of Knight Frank.

“It’s a quiet, lovely stretch of coastline, not interrupted by the cement works of Worthing or the nightlife of Brighton.”

FT subscribers can sign up for our weekly email newsletter containing guides to the global property market, distinctive architecture, interior design and gardens.

East Preston’s large 1930s-50s houses, which can cost about £2m on the water and £1.25m away from it, are ripe for a tear-down and rebuild, says Rodbourne, who adds that a very contemporary home in its place could be worth £3m-£4.5m. He mentions a recent bidding war over Apuldram House, a large but dated Edwardian home just outside Chichester, on sale for £2.5m.

“It had five competing bidders and a London family, who will spend half the year there, bought it for £5m.” Even then, he adds, another buyer offered them more to buy the contract after they had exchanged.

Its appeal? “It’s on a single track, dead-end road with estuary views and a cracking pub at the end,” says Rodbourne. In other words, the West Sussex idyll in a nutshell.

Properties for sale in West Sussex

A four-bedroom, Grade II-listed cottage in the village of Coldwaltham, about four and a half miles from Petworth. The property, which measures 1,898 sq ft and has a large garden, dates from 1550 and retains many period features. The home is available through Savills.

The Malt House is a five-bedroom house in Graffham, in the South Downs National Park. The house, which dates back to 1756, measures 3,307 sq ft. Available through Knight Frank.

Just over the border in Hampshire, Prinsted House is a six-bedroom, 7,000 sq ft house with seven acres of grounds in the Chichester Harbour Area of Outstanding Natural Beauty. The property is available through estate agent Jackson-Stops. 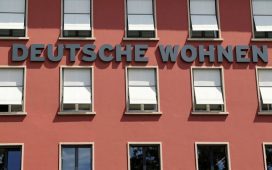 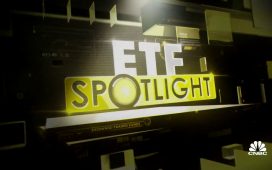 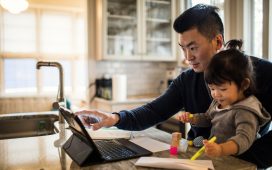 Thanks to soaring home prices, Americans are house-rich. Here are the best ways to access that cash 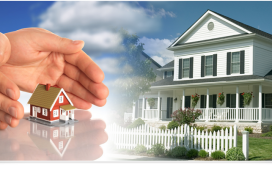 How to Sell a Distressed Property Fast 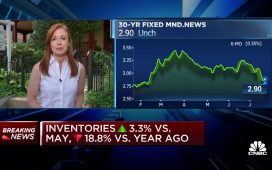