If the economy is 'roaring', why are so many Americans still struggling? | Bernie Sanders


Donald Trump tells us every day the US economy is “strong”, “booming” and “roaring”. Yes. That’s true for his billionaire friends. Not so true for tens of millions of workers.

On Monday night, at a town hall meeting that will be livestreamed, we will discuss what rarely gets seen or heard in mainstream media. And that is that despite the fact that the unemployment rate in the US is relatively low, real inflation accounted for, wages for the average American worker continue to decline and 140 million Americans lack the resources to pay for housing, food, childcare, healthcare, transportation and a cellphone without going into debt.

The American people also want to know why, as taxpayers, they have to subsidize and provide corporate welfare to the wealthiest and most profitable corporations in the country. How does it happen that there are major corporations in America where CEOs receive extravagant compensation packages, who pay their workers wages so low that many of them are forced to rely on food stamps, Medicaid and public housing – subsidized by taxpayers – to survive?

I’ve been on the verge of eviction for falling so far behind on my rent. I’m getting by on food stamps

I could be wrong, but I doubt that you will ever hear these questions asked in the corporate media. That is why on Monday night, 16 July at 7pm ET in the US Capitol, we will be holding a town hall meeting with low-wage workers from Amazon, Disney, Walmart, McDonald’s and American Airlines. This town hall will be livestreamed on my Facebook page. Importantly, we have invited the CEOs of these corporations to sit on a panel with their own employees. Tune in to see if they have the courage to show up.

Here are just a few facts about what is going on inside these corporations:

We’re tired of surviving, we want to live. We can’t even survive off $7.25

Over the past few months, my staff and I have spoken with workers at several of these companies who are struggling desperately to provide for themselves and their families.

A Walmart worker told us: “Right now I just can’t make ends meet. I’ve been on the verge of eviction for falling so far behind on my rent. I’m getting by on food stamps.” Another worker from Florida said: “Even after Walmart’s company-wide wage increase to $11 an hour, I cannot afford to pay my bills … Although I’ve been here for almost two years, I make the same $11 that someone walking through the door makes.” Another in Texas said: “At Walmart, you work as hard as you can it’s always the same. ‘Ladder of Opportunity?’ There’s no such thing. You work and you work, but you can’t get ahead.”

One McDonald’s worker told us: “We’re tired of surviving, we want to live. We can’t even survive off $7.25.” Another said: “We don’t want to rely on assistance programs anymore or figure out how we’re going to pay our rent or afford our next meal.”

An American Airlines worker told us: “I can barely pay for my car now, half of my rent. Poverty wages just don’t cut it.” Another said: “I work 20 extra additional hours a week because we have a mortgage, we have bills, and plus we have college tuition … I’m just so overwhelmed. All the time, I’m tired. I don’t have time with my girls or my husband either,” and: “I talk to some of my coworkers and sometimes I bring groceries for them because they have nothing to eat.”

An Amazon worker told us: “I gave myself a hernia trying to hurry up and go to the bathroom within one minute and 30 seconds.”

A Disneyland worker told us: “I currently don’t make enough to eat three times a day. I eat cans of tuna or celery sticks and carrots because that’s what I can afford. I typically eat once sometimes twice a day because I can’t afford three meals a day.”

These are just a few examples of a much larger story about the growing divide between the top 1% and everyone else. In the year 2018, no one in America, especially those working for a profitable corporation, should be living in poverty or struggling economically.

At the town hall meeting that will be livestreamed on Monday night on my Facebook page, we will be hearing from these workers and discussing how we can create an economy that works for all of us, not just those on top. I hope you will join us. 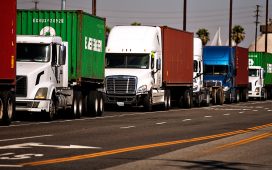 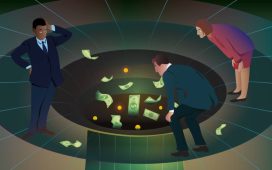