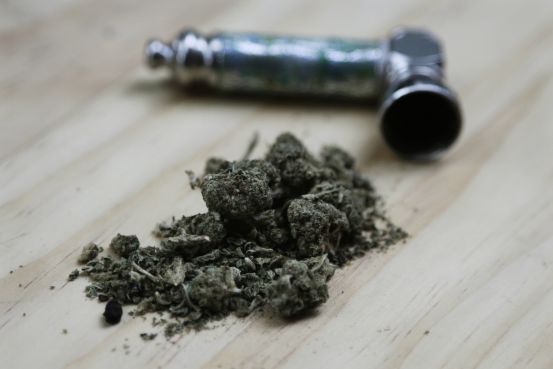 Ten states and the District of Columbia have legalized recreational marijuana use, and another eight look likely to do so in 2019. I favor the move but am troubled by the gateway to it: All these jurisdictions first passed laws permitting the use of “medical” marijuana. We should set the record straight, lest young people (and old ones) think marijuana is good for you because it is wrongly labeled a medication.

Actual medicines have research behind them, enumerating their benefits, characterizing their harms, and ensuring the former supersedes the latter. Marijuana doesn’t. It’s a toxin, not a medicine. It impairs judgment and driving ability. It increases the risk of psychosis and schizophrenia. Smoking it damages the respiratory tract. A 2017 report from the National Academy of Medicine called the evidence for these harms “substantial.”

Claims that marijuana relieves pain may be true. But the clinical studies that have been done compare it with a placebo, not even a pain reliever like ibuprofen. That’s not the type of rigorous evaluation we pursue for medications. What’s more, every intoxicant would pass that sort of test because you don’t experience pain as acutely when you are high. If weed is a pain reliever, so is Budweiser.

Some advocates say marijuana is better than opiates for pain. Yet while opiates have risks, there are no studies comparing them to marijuana, and untested claims in medicine don’t get the benefit of the doubt. Testing such a hypothesis often disproves it.

Decades ago, several studies suggested that marijuana might relieve nausea in chemotherapy patients. But again most compared it with a placebo, while a few compared it with older nausea treatments not used today. None were very convincing. More important, no study has compared marijuana to today’s Neurokinin-1 antagonists. While such treatments are sometimes ineffective, that shortcoming doesn’t impart efficacy on marijuana either.

In writing medical-marijuana laws, state lawmakers and initiative authors have gone well beyond pain and nausea control, lauding the plant as an effective treatment for a long list of conditions, including hepatitis, Alzheimer’s and Parkinson’s. Beyond the lack of data, what these conditions have in common isn’t biology, but modern medicine’s failure to treat them satisfactorily. Heartbreaking as that is, marijuana isn’t the answer.

Advocates like to note that cannabidiol, an extract of the plant, is an approved medication for epilepsy. But medicine from a plant does not make the plant medicine. Google “foxglove,” the plant from which the cardiac drug digitalis is derived. First hits show its pretty flower, but soon you get the number for poison control.

Marijuana belongs in the same category as alcohol and tobacco—harmful products that adults can choose to enjoy. The liquor company

agree. Both have recently acquired large stakes in marijuana producers.

Decades passed before we took on smoking and drinking with education, labeling and other forms of regulation. But it worked, and deaths from lung cancer, heart disease and alcohol-associated accidents are in sharp decline. We need this same approach with marijuana. Acknowledging that it is not a medicine is a necessary first step.

Dr. Bach is a pulmonary physician at Memorial Sloan Kettering Cancer Center in New York. He directs the Center for Health Policy and Outcomes.

ET View: Over to the voters of Madhya Pradesh

Swaminathan Aiyar on Market bloodbath: See it as disaster not blessing

There will be a flight to quality but the time for that is not now: Nikhil Kamath, Zerodha

Moratorium on Yes Bank may be lifted by Saturday: Administrator Prashant Kumar

The Terminally Ill Need More Than the 'Right to Try'

John McCain and the Dying Art of Political Compromise