I’m A bit hung over.’ It’s Tuesday afternoon, rain is beating down on to the windows of Dr Savvas Savouri’s office near Covent Garden, and he is feeling the effects of a heavy night on the town.

With the help of a third friend, Savouri and Hughes – who has earned the fearsome nickname ‘Rottweiler’ in the City – had drunk ‘at least’ six bottles of ‘extremely good’ wine.

While such evenings are hardly rare in the financial services industry – even on Mondays – it is surprising to hear a respected, hard-nosed economist being so candid about his after-hours activities. 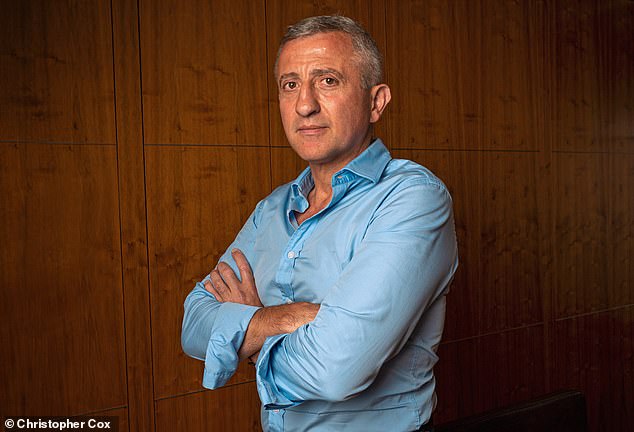 But Savouri, whose views on the global economy are sought after across the City and Westminster, does not shy away from controversy.

The 53-year-old barely bats an eyelid as he tells me about his dartboard with the Bank of England Governor’s face on it, dismisses a potential Chancellor as ‘economically illiterate’ and lays into a high-profile rival, who he says has less economic intelligence than a biscuit.

The unguarded comments provide a rare glimpse into the world of one of the biggest names in London’s secretive hedge fund industry.

It was in 2008 that Savouri joined Toscafund which had been set up by Hughes in 2000 and started out as a traditional hedge fund focused on financial services firms. Over the past decade it has expanded into several new areas, including property investment and private equity.

READ  Fear not! Your first tax return DOESN'T need to be a nightmare

‘No one knows a company better than someone who founded it and still has considerable invested capital – human and financial – in the business,’ says Savouri, who does not manage any of his firm’s nine funds, but advises all investors.

He adds: ‘There’s nothing more frustrating than having meetings with entire boards of listed companies where we’re looking at the share register, and their combined shareholding is a fraction of what we own. 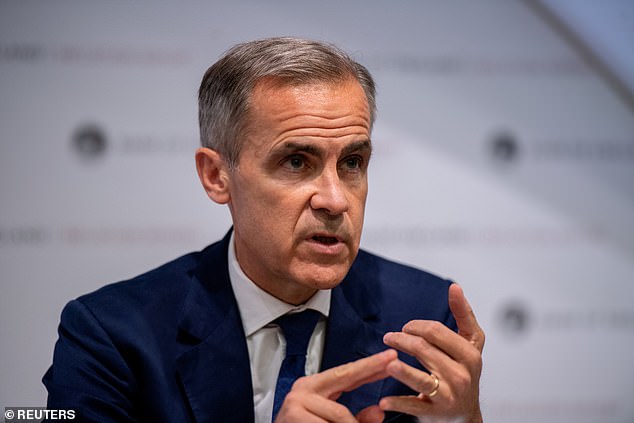 Criticism: Mark Carney, Governor of the Bank of England, is not a muse of Dr Savvas Savouri

‘We say: “And you’re here telling us how good the firm is? If it’s that good why aren’t you putting your personal wealth into it?”

‘And they’ll come up with some vacuous answer like, “My wife or my husband doesn’t let me because we’ve got too much exposure anyway.” That’s completely inconsistent. We want aligned interests.’

Unlike many of his economist peers, Savouri holds few fears about the UK’s impending departure from the European Union – even though a considerable amount of Toscafund’s $4 billion (£3.3 billion) of assets under management are held in British investments.

The Greek-Cypriot, who grew up in North London, believes that while a No Deal departure would be bad for the UK, it would be worse for countries such as Ireland, Cyprus, Lithuania and Spain.

Therefore, his theory goes, the EU will eventually agree to an ‘amicable’ deal to avoid ‘mutually assured destruction’.

Lives: Tufnell Park in North London, near where he grew up. ‘My parents very kindly gave me a foreign name, a foreign appearance, but this strange North London accent.’

Family: One son, who lives with his former partner in Essex.

Hobbies: ‘Economics, watching Arsenal and drinking too much.’

Favourite books: One Day In The Life Of Ivan Denisovich by Aleksandr Solzhenitsyn.

Toscafund trivia: The firm was named after Tuscany, the region of Italy where boss Martin Hughes’s wife is from, rather than the opera. Savouri says: ‘I think certainly, speaking on behalf of me and Martin, you would need to drag us kicking and screaming into an opera house.’

The proof for Savouri’s Brexit optimism, he says, can be found on the stock market. This may seem like a contradiction in the midst of a global rout whch has seen the FTSE 100 fall about 6 per cent this month, but Savouri points to the recent spate of takeover activity indicating that big private investors believe in the future of the UK and see listed companies as bargain opportunities.

‘There is so much value in UK listed equities – they are so underpriced,’ says Savouri. ‘The UK is being de-equitised because smart money sees value here.’

The former comprehensive school pupil, who did a PhD at the London School of Economics, met Hughes – who he describes as Toscafund’s ‘benevolent dictator’ – when they worked together at stockbroker Laing & Cruickshank in the 1990s.

After both went their separate ways, Savouri set up stock analytics firm Quantmetriks Research, in 2005. Three years later, Toscafund bought Quantmetriks and Hughes brought Savouri in as a partner. Savouri speaks fondly of some of his illustrious alumni at the LSE, including ex-Bank of England governor Lord (Mervyn) King and Sir Charlie Bean, an ex-Bank of England deputy.

However, despite his 30-year economics pedigree, Savouri never considered moving from commercial finance to public office.

‘You’ve got to self-edit better than I do. It’s a game of diplomacy rather than economics. I like the job here because you’ve got free rein. You’ve got to self-police a little bit, but not as much as you would if you were in politics or quasi-politics.’

His ‘self-policing’ does not extend to being diplomatic when asked about Bank of England governor Mark Carney. ‘Terrible, terrible, terrible,’ he says, before cracking a smile. ‘I was given a dartboard by the partners with his face on it. And occasionally he gets the dart in his eyeball.’

Savouri was dismayed by Carney’s gloomy Brexit warnings ahead of the referendum.

‘I was even more against him after the referendum result because he began adopting hero syndrome: “You’ve made a huge mistake – I’m going to save you.” He cut interest rates unnecessarily, he redeployed quantitative easing unnecessarily.’ Savouri believes these measures did more harm than good.

He is also happy to chastise hedge fund rivals. Earlier this year, in an interview with City newspaper Financial News, he claimed a biscuit had more macroeconomic nous than Crispin Odey – the Brexiteer and Tory donor who runs Odey Asset Management.

It seems for a moment when I bring this up that Savouri might retreat from this comment. But, smiling, he says: ‘He may be an adequate stock picker, but his economics is appalling.’

He adds: ‘The consequences of a McDonnell chancellorship to the UK economy are unprecedented. You’d have a collapse in sterling. The gilt market would collapse. You’d have effectively economic paralysis.’

Savouri, though, is confident that Labour will not win a General Election, and so he believes the future is bright for the UK economy.