'I'm more than just a face': A Manitoba filmmaker confronts diversity promises in her industry – CBC.ca


This First Person article is the experience of Joanne Roberts, a filmmaker in Winnipeg. For more information about CBC’s First Person stories, please see the FAQ.

When I was 16 and making my first indie horror film, on set I joked about being the token Asian.

I was the only Asian actor in the cast and also the only person of colour on the team.

In between takes, I would make jokes suggesting that the script was all wrong because I didn’t fit into any of the Asian tropes: geeky, annoying to the main characters and the first to die. That’s what all good token Asians did in movies, I thought.

Back then, being the “token Asian” was one of those things I thought made me special. It gave me an excuse to be in the room. But it’s almost 15 years later and I wish I could tell my former self, “You deserve to be in the room because you are talented and bring skills to the table.”

Tokenism is alive and well, and I’ve participated in it.– Joanne Roberts

I’m more than just a face. Others also deserve to be in the room. None of us deserve to work in spaces that see us as a token.

Tokenism is alive and well, and I’ve participated in it, I’m embarrassed to admit. I’ve been in the room where hiring discussions take place. I’ve been complicit in discussions where the names of potential crew or actors have been brought up for the sole purpose of funding. I’ve heard the words, “If we hire this person, we qualify for this grant.”

Did you cringe? Because at those tables, I did my cringing internally.

And every step of the way, I was game because playing along with these discussions meant more artists from marginalized groups would be included in projects.

I used to think if I played along, I was an advocate for people like me. I was wrong.

My work has shifted and so has my attitude about diversity and inclusion in the film industry.

Today I am creating my own films. I am now in the position to hire people for my projects.

Last year, I won the Emerging Filmmakers Pitch Competition at Gimli Film Festival for my short film Anak. (It’s a story about a young woman’s complicated relationship with her mother and the struggle to break free in the face of mental illness. It’s available to view with a pass to Gimli Film Festival.)

Going from working for other people to now creating my own works, I’ve re-examined my hiring practices.

I believe authentic diversity and inclusivity comes when I hire an artist for their expertise, experiences and perspective.

Inclusivity includes a shift in power

Hiring someone and using their face on advertisements just to showcase you’re an inclusive company while stripping them of actual power behind the scenes is still posturing.

Despite my own realizations about diversity and inclusion within the film industry, I am still facing setbacks myself.

Last summer was a period of discovery for me. For the first time, I was proud of being Filipino.

A Black Canadian friend of mine and I decided to share in each other’s cultures. I was sharing Filipino food, and she took me to her hair salon to get box braids. I spent all day at that salon. I felt honoured that someone cared enough to share this experience with me.

Around the same time, I had been hired by a company to work within their administration. I had worked for them before as an artist but this time I was going to see a different side of their operation. It felt like such a diverse and amazing team.

But a few days before I was due to start, my boss sent me an email that made my heart drop to my stomach.

I was being accused of cultural appropriation.

I had posted a photo of my box braids on Instagram. A “higher up” had spotted it and flagged it as possibly inappropriate and insensitive. They wanted an explanation.

Later, I found out that the “higher up” was Caucasian, and someone I knew well enough that they could have talked to me directly.

I was dumbfounded. How was it acceptable that someone who knows nothing about my cultural background could then also speak for a community they don’t belong to, telling me that my hairstyle is inappropriate?

I had a complete meltdown.

I thought the worst: that they considered me a racist and I lost a job I really needed, all because I didn’t suit their idea of diversity.

My friend calmed me down and assured me that I wasn’t racist and didn’t deserve to be cancelled. She asked me to pass on her information to the organization so she could start a conversation about cultural appropriation.

No one ever contacted her, or me.

I didn’t know I still had my job until announcements announcing I had officially joined the company went out on social media.

It was a relief to have a job but something still felt really wrong. My face was being used to promote inclusivity at a company that created an environment where I felt I had to walk on eggshells.

I quit a few weeks later.

‘I’m finished being a token hire’

Many companies are announcing new programming diversity commitments, which requires a certain percentage of all key creative roles to be held by those who self-identify as persons from marginalized groups. While I am fully supportive of this, I get hung up on the percentage.

Numbers seem arbitrary, and truthfully, wherever I work I know this new requirement will never be an issue for me.

I’ll keep sharing stories about Filipino culture. And as I do so, I’ll keep filling my creative roles with people who are able to produce what I need.

I’ll hire a makeup artist who knows how to work with Filipino features. I’ll enlist an assistant director who can accommodate special requirements on set. I’ll hire a designer who has roots in the experience I’m trying to tell. And I’ll do this knowing that, more often than not, these artists self-identify as BIPOC.

If we’re producing truly diverse content, it’s only natural that the vast majority of the team will also be diverse.

It has been an amazing period for me, and I’m still in a stage of stumbling as I learn about true equality and diversity, and how to speak up for the artists who don’t get to be in hiring rooms.

This is what I know: I’m finished being a token hire for someone else’s agenda.

I’m not just a face for a website or promotion, a check in a box on a grant application, or a quota to fill.

I’m more than that, and I’ll make you see it, too. 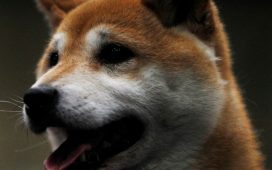 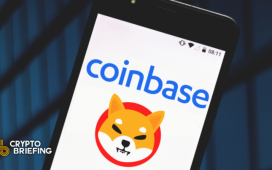 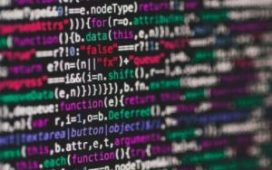