India's $70 billion car market could use a jump

Heading into an election, India’s enthusiasm for cars and motorbikes has all but evaporated. It’s unlikely to return anytime soon, despite all the grand promises to improve the lives of masses.

Passenger car sales, which have been sliding since last summer, fell another 6 percent last month while those for motorbikes – the larger and more profitable market – collapsed 15 percent. Commercial vehicle sales, which include trucks and buses, also slowed. Overall production in the country’s $70 billion auto industry is slumping. Hero MotoCorp Ltd. which commands a third of the market, posted a 20 percent drop.

This downbeat sentiment should worry investors and policymakers, particularly as Prime Minister Narendra Modi drums up nationalist pride. Inventories are piling up and consumers don’t feel like spending. With unemployment soaring, affordability remains a sticking point. That’s partly why India is largely a two-wheeler market, with annual sales of more than 20 million units compared with about 4 million for passenger vehicles.

True, there are lots of cars and motorbikes on the road in India – at close to 30 million and about 170 million, respectively. With more than 1 billion people and low levels of car ownership, this downturn may be a temporary blip given sales have grown at an average annual rate of 8 percent to 10 percent over the past five years.

So why is demand this tepid? Because buyers just can’t spend. That’s particularly the case among younger people, as well as those in rural and smaller urban areas. Hopes are high that Modi’s manifesto will double farmers’ income and create opportunities for India’s youth (which his government thus far has failed to do). Both are unlikely.

Even for those who have money to spend, their choices are, well, boring. Most cars look and feel the same, with models made by Maruti Suzuki India Ltd. and Hyundai Motor Co. dominating the roads. Fancier cars remain inaccessible. On top of that, congestion and pollution are becoming a real menace.

Consumers’ apathy has spread to manufacturers. Despite heavy government protection with import duties, margins are shrinking and companies aren’t re-investing much. While India’s auto sector has outperformed the benchmark stock index for the past decade, it has under-performed by more than 25 percent since July, Bernstein Bernstein analysts note.

Until cars become more affordable, demand will waver. One way around this is to boost auto financing. But that’s already a well-trodden path: Such loans already back around 70 percent of passenger car buyers and 50 percent of the two-wheeler market, according to Bernstein.

Meanwhile, other outlays continue to pile up. Fuel is expensive and the upfront cost of insurance is also set to rise because of new rules that went into effect in September. With high interest rates, it’s probably imprudent for borrowing to outpace income gains. Consumers aren’t feeling wealthy, and there isn’t much incentive for them to buy.

Going into previous election cycles, the promise of certainty and a dedicated government has driven sales in the auto sector. This time, it won’t matter if Modi’s party returns – shoppers need to feel like they’ve got the power in their wallets. 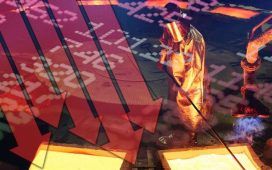 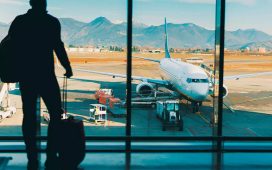 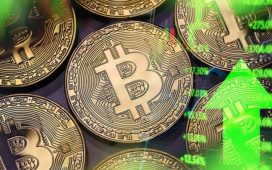