Corporations in India will now be taxed at an effective rate of 25.75%, Indian Finance Minister Nirmala Sitharaman said Friday. That’s down from an effective tax rate of 30%. 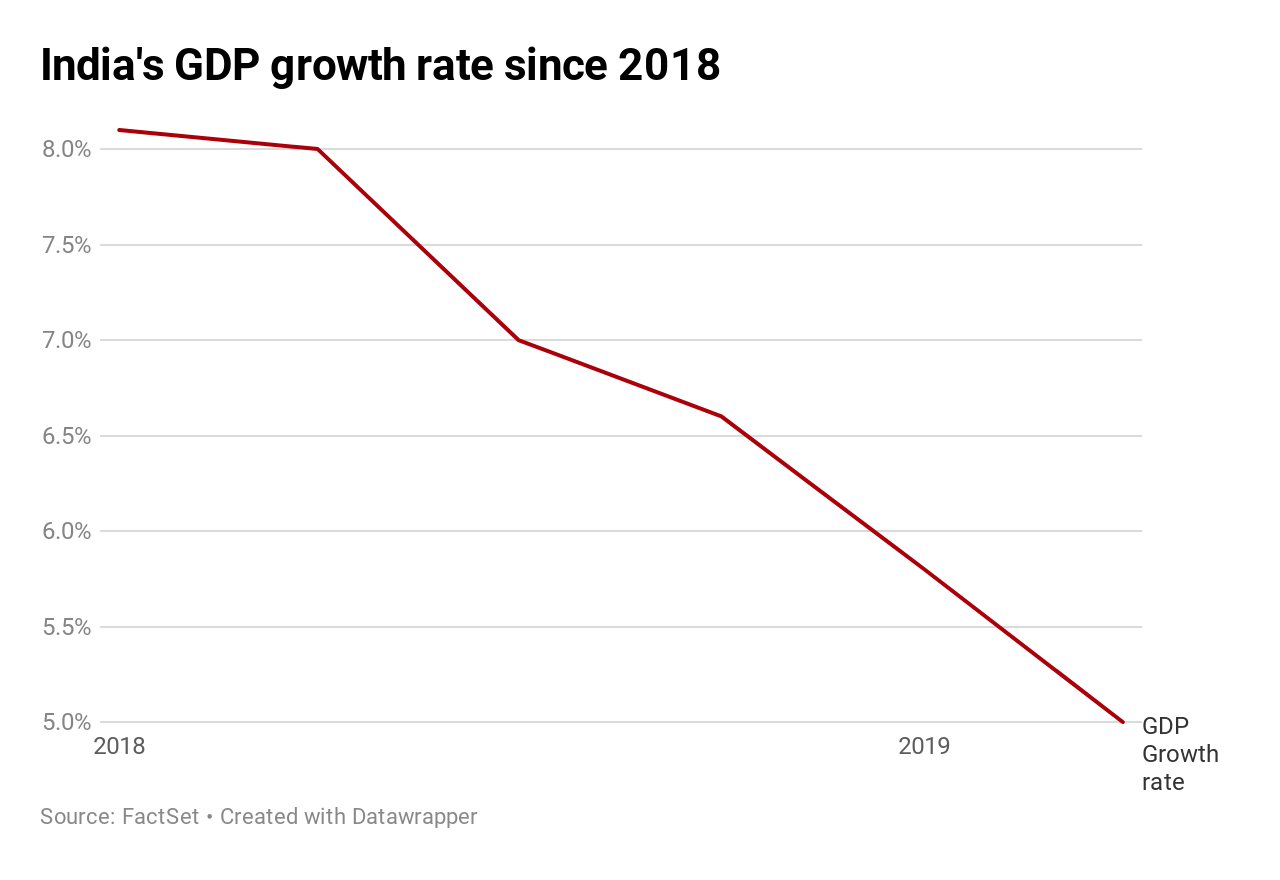 “It was becoming evident that counter-cyclical policy responses may need to become more aggressive, but expectations were centered on monetary policy to do the heavy lifting,” Kaushik Das, chief economist at Deutsche Bank, said in a note. “Very few expected any fiscal stimulus.”

“This is a big bang reform, for which corporate India has been waiting a long time and we expect it will raise the animal spirits in the economy,” Das said.

Indian stocks have lagged the broader emerging markets this year. The Sensex is up 5.4% in 2019 while the iShares MSCI Emerging Markets ETF (EEM) has gained about 7% in that time.

“The tax cuts will undoubtedly boost sentiment, and that is likely to have a growth-enhancing impact,” Sajjid Chinoy, chief India economist at J.P. Morgan, wrote in a note. “However, how much investment firms will undertake in response to the tax cut remains to be seen, especially given weak demand conditions.”