So you’re not a car designer?

“No, at least not until now. I grew up on a farm in Derbyshire around tractors and Land Rovers, but I was interested in cars.

“When I was about nine, I wrote to Austin Rover with some car sketches. They wrote back politely, basically saying the cars were terrible but that they had a design department and, when I was old enough, I should try to join their training scheme. Until then, I didn’t realise design was an actual job, and that really sparked my interest to know how things were created.”

How did you get into design?

“I trained as an architect and then got into boat design – long projects, 80-metre superyachts and for private customers. That’s how I got to know Jim Ratcliffe. I designed a couple of boats for him and looked after a building project. I was involved in the early talks about the Grenadier, then Jim asked me if I would like to be involved. It sounded interesting, and it has been fascinating.”

Has learning a new discipline been hard?

“Well, I’ve learned that it isn’t necessarily wrong to change horses. There are some interesting parallels in surface design and design thinking. And although I’m the design leader, there are others in the team. I haven’t done all this on my own.”

“Jim loves the design process, and he gets very involved. He has brilliant ideas. My job is to help him get them onto paper. When you’re building a superyacht, you’re talking about a four-year programme, so you get to know a person really well. We had a good friendship – and a mutual enjoyment of cars.”

Is this a car to love or a tool?

“Both, really. We were very interested in vehicles that had both proven themselves in the field and found their way into people’s hearts.

“Not all modern SUVs were like this. There’s an honesty about cars in our collection that people tend to adopt and identify with, and we wanted that for Grenadier. That’s why we assembled our collection of vehicles for benchmarking. They were all vehicles that were well-respected.”

What will you think when people draw similarities to the Land Rover Defender?

“It has been fascinating, benchmarking all the cars we have. One thing I’ve learned is how little there is between cars. I mean, you only have to change a vehicle a little to make it look like something different. Shift the headlights a bit and you’ve suddenly made a Ford Bronco.”

How did you define your objectives for the Grenadier?

“We made a list of qualities we wanted to achieve: assured, robust, faithful, dependable and purposeful. We used them as a kind of checklist. Every time we had a decision to make about the car, we would run through the list to see if it met them. I’m hoping people will recognise those things in the production car.” 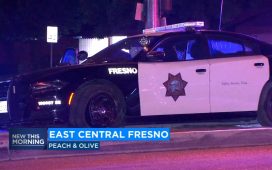 Pilots Were Once in Short Supply. Now They’re Losing Their Jobs. – The New York Times 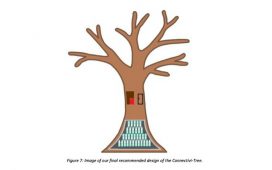