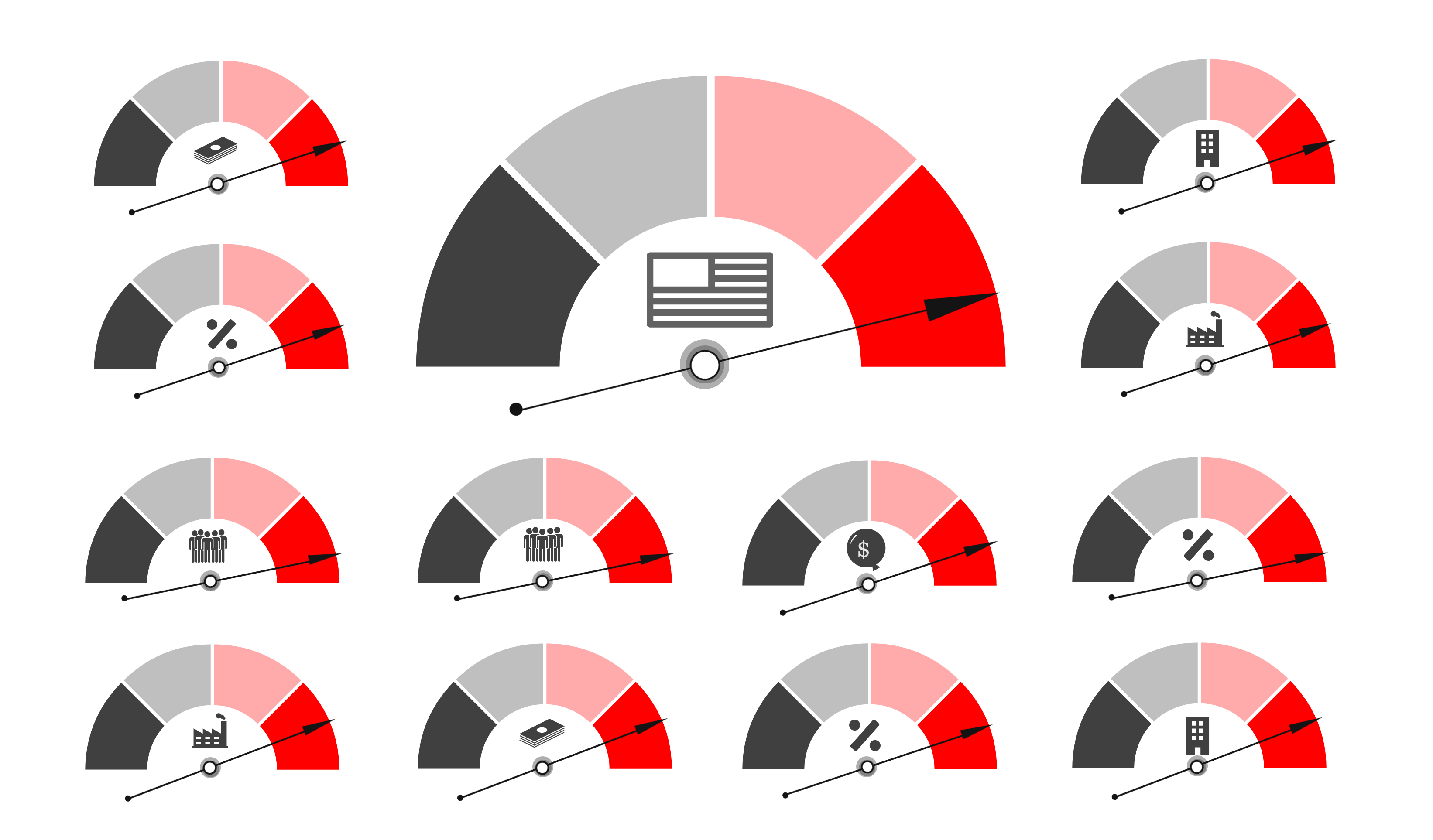 As the trope goes, it’s the Federal Reserve’s job to take away the punch bowl just as the party gets going.

And some are now saying it’s time for the central bank to announce “last call.”

Wait, there’s a party going on?

The past two years haven’t felt much like a celebration with a pandemic that’s sickened millions and killed hundreds of thousands in the U.S. alone. It’s also crushed travel plans, made all sorts of products scarce and more expensive, and left our economy with 3.6 million fewer workers.

Still, depending on where you stand, economic indicators for jobs, wages and business expansion have reached stunning, even historic, levels. But following December’s inflation report, the Fed may soon start raising interest rates, trying to keep prices in check without eroding workers’ and business’ gains.

A look at some of the most eye-opening statistics:

Monthly job openings have topped 10 million just six times since the Bureau of Labor Statistics started tracking them in December 2000. Every instance of that occurred in 2021, including 10.6 million job openings in the most recent reading, for November.

It’s all that more stunning considering all those jobs are still available after the biggest year ever of job creation.

The largest U.S. jobs site, Indeed, says its postings for all industries have surpassed their February 2020 levels. Some are up more than 100% from their pre-pandemic levels, while others are lagging because of omicron uncertainties, according to AnnElizabeth Konkel of the Indeed Hiring Lab.

Check out the annual rankings from U.S. News & World Report before you consider your next career move.

Although the rapid job creation slowed in the fourth quarter, U.S. businesses netted 6.4 million new workers in 2021, dwarfing the previous record of 4.3 million set in 1946 as World War II soldiers returned to the workforce.

Those hirings, along with the 2.3 million working-age people who’ve stopped looking for work since the pandemic started, helped push the unemployment rate below 4%.

At the same time, Americans are leaving their jobs faster than ever before in what’s become known as the Great Resignation. A record 4.1 million U.S. workers per month have quit their jobs since July, according to the BLS.

The tight labor market is giving workers leverage they haven’t had for years, and companies are recognizing it.

A report released this week by Willis Towers Watson, a global professional services firm, found that one-third of the 1,004 companies surveyed in October and November had revised higher their 2022 pay boosts from what they had budgeted in June.

“The consumer balance sheet has never been in better shape; they’re spending 25% more today than pre-Covid,” Jamie Dimon, the CEO and chairman of JPMorgan Chase, said in a CNBC interview that aired Monday.

“They’ve paid down a lot of debt. Home prices are up. Stock prices are up. Jobs are plentiful. Wages are going up. And that all tells you what’s going on in the future: They’re in pretty good shape.”

U.S. companies’ purchasing managers interviewed by the Institute for Supply Management have been steadfast in their expectations of growth. After contracting (an index number below 50) in April 2020, both service and manufacturing companies have been expanding for the past 19 months.

The service sector, which remains most affected by coronavirus concerns and precautions, set a record 10 consecutive months above 60 in the ISM’s index. In November – when the omicron variant was still emerging – the index topped its 14-year high.

Heady times for U.S. consumers, workers and businesses is counterbalanced by the unknowns of omicron, a struggling supply chain and businesses’ shortages of workers. All are colliding to drive inflation to a 39-year high.

These challenges are reflected in comments within the December ISM service report:

The other piece of the inflation puzzle is purchases made by U.S. consumers. Americans’ spending makes up about 70% of the economy. Throughout the pandemic’s closures and other restrictions, Americans shifted from spending on services to more stuff.

All that stuff – efforts to make, deliver and resupply it – has further taxed supply chains and raised supplier costs and the prices consumers. Some of the latest evidence has been on grocery store shelves and in the consumer price index, which was released on Wednesday.

Prices are rising throughout the economy, but the increases are uneven. Bigger ticket items like appliances and cars, which have a greater effect on the CPI, have jumped the most from last year.

If you’re a Federal Reserve Board member, you worry about prices spiraling ever higher and not being able to slow the economy without sending it into a recession.

Congress allocated $4 trillion to consumers and companies – primarily through four COVID-19 relief bills, according to estimates from the Committee for a Responsible Budget.

The Federal Reserve also enacted measures to protect the economy in March 2020 by setting its target interest rates to between 0% and 0.25% and embarking on a bond-buying program that the Committee for a Responsible Budget estimates cost $3.8 trillion.

The Fed has already announced plans to wind down the bond purchases, but its biggest decisions on raising interest rates – possibly as many as four times in 2021 – could come as early as March, according to a Goldman Sachs report this week.

Federal Chair Jerome Powell acknowledged Tuesday during a nomination hearing that high inflation has emerged as a serious threat to the central bank’s goal of helping put more Americans back to work, and the Fed is prepared to raise rates as a result:

“If inflation does become too persistent, if these high levels of inflation get entrenched in our economy … that will lead to much tighter monetary policy from us, and it could lead to a recession, and that would be bad for workers.”

Stories like this are possible because of our subscribers like you. Your support will allow us to continue to produce quality journalism.

Stay up to date by signing up for one of our newsletters.