The iconic marque has not left the building: in fact, it has just started making cars again

‘Decarbonise the engine and report. Check power steering and front wheel alignment. Straighten up front bumper. To be completed by Thursday May 13th, please.’

So wrote Group Captain Douglas Bader, the celebrated RAF fighter ace, in a letter to the works service manager that he left on the seat of his Alvis ahead of its annual checkup. It’s contained in a bundle of correspondence relating to Bader’s many Alvis cars (each featured a Spitfire mascot), just one of thousands of copies of customer correspondence that Alvis has received since being founded in 1919 and still keeps and refers to, in addition to the vehicle records for each of the 22,000 cars it has produced and 17,000 technical drawings relating to every major component it has ever designed and manufactured.

“My chief interest when acquiring the company was these documents,” says Alan Stote, the energetic 71-year-old boss of Alvis who bought the company from its retiring owner in 1994. “I’m very interested in 20th century industrial history.” 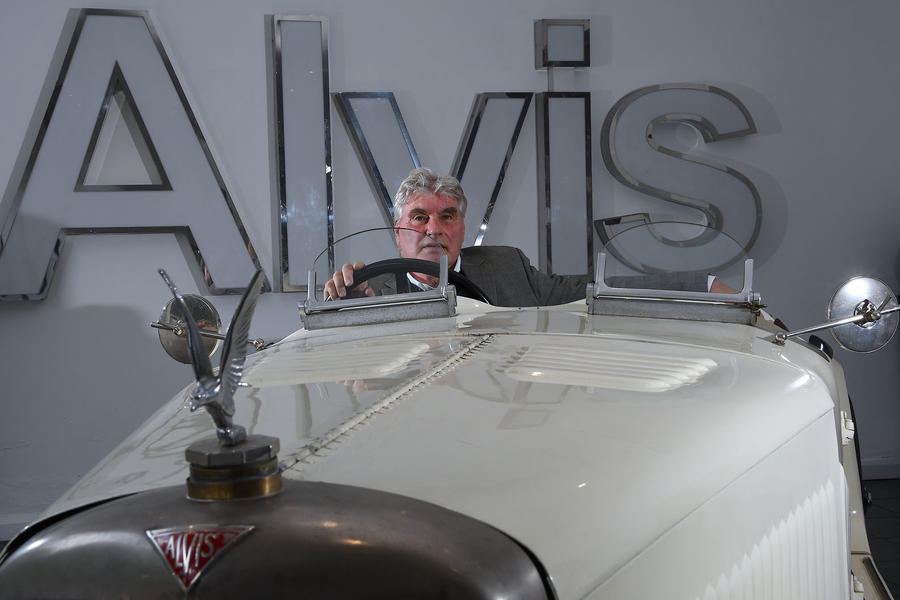 Fortunately for Alvis, Stote is interested in not only the company’s past but also its future. To that end, the former Goodyear tyre apprentice, who went on to make a fortune in remould tyres before selling his company in 1988, has launched a series of six Alvis continuation models based on two different chassis – three pre-war cars, each powered by an Alvis 4.3 straight six, and three post-war cars with 3.0-litre Alvis engines under their bonnets.

READ  Drivers no longer required to carry breathalysers in France

Prices start at £250,000. So far, four cars have been built (each takes two years) at the company’s Kenilworth base and orders for five more have been received from Alvis’s distributor in Japan. Depending on the variant, production of each continuation model is limited to five or 25 cars.

Engines in the pre-war 4.3-litre models are newly manufactured copies of the original motor, based on Alvis’s detailed technical drawings, albeit with some modern updates including fuel injection, electronic ignition, battery management and an ECU. The blocks and heads are cast in West Bromwich and the cranks and rods in Hinckley by Arrow Precision. 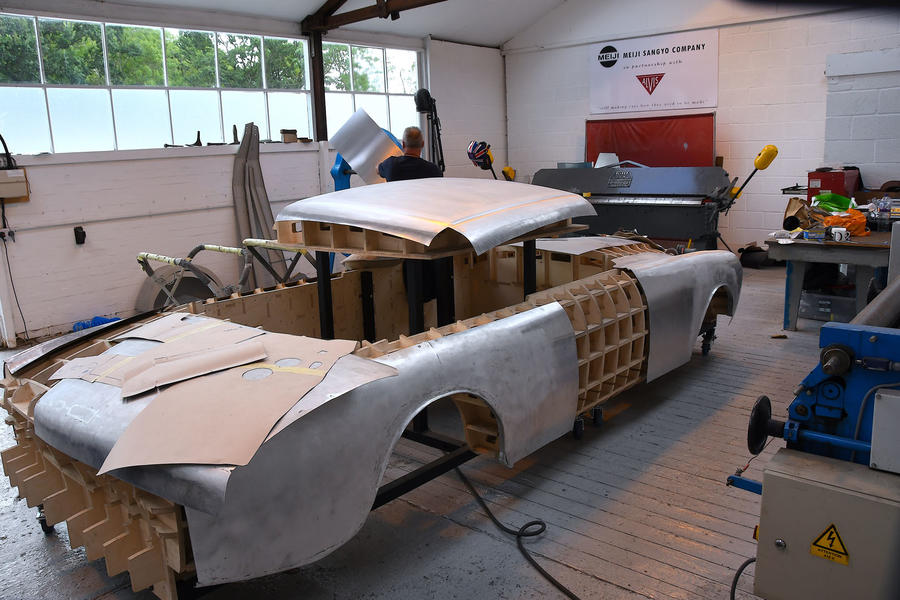 Remarkably, the 3.0-litre post-war continuation models are powered by engines that Alvis manufactured in the 1960s and have been sitting in stock ever since. They’re minutely checked prior to fitment. New ones can be made if necessary.

Alvis was founded by engineer and businessman Thomas G John in Coventry in 1919. Six years later, it became the first car maker to design and race a front-wheel-drive car. Three years after that, its front-drive cars claimed first and second places at Le Mans. In 1933, it designed the first all-synchromesh gearbox and later that year produced the first British car with independent front suspension. The war caused Alvis to shift its focus to the production of military vehicles and aero engines for the RAF, but after hostilities ended, car production resumed.

Eventually, in 1967, Alvis stopped building cars. The following year, it relocated to Kenilworth, from where it concentrated on making parts for Alvis cars under the Red Triangle brand and restoring and servicing vehicles for customers. 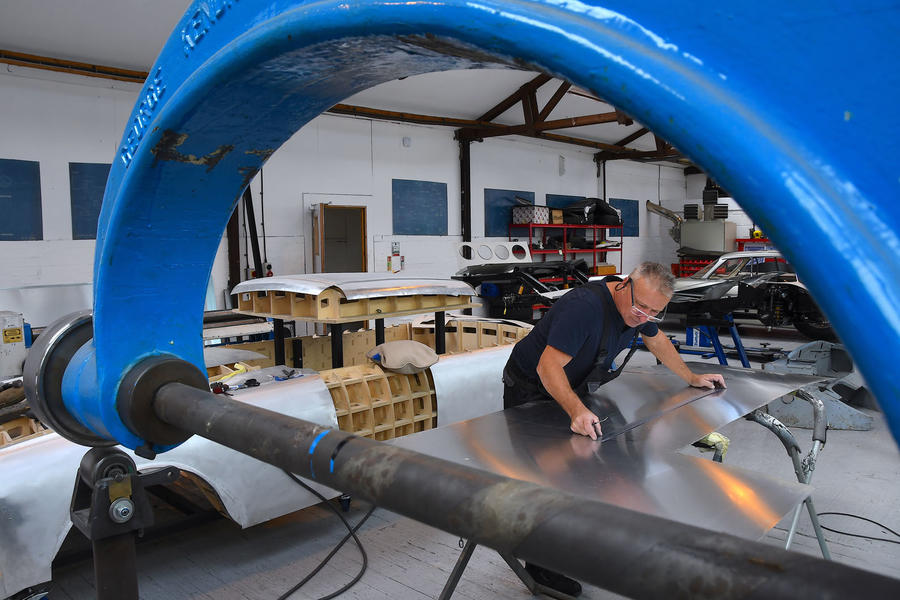 Over 50 years later, under the ownership of Stote, the company is still restoring cars and making and distributing parts around the globe for the 4800 Alvis models that remain on the road. Around 200 pass through its workshop each year. On the day I visit, Stote greets me in the company’s large showroom, filled with Alvis models of all ages. Stote’s enthusiasm for Alvis is infectious. He soon has me cooing over a 4.3-litre Bertelli Sports Coupé. I’m more familiar with the later, more restrained Park Ward-bodied TF21 cars, and there are a few in the showroom, but the pre-war 4.3s are stunning. However, all but the earliest Alvis models on display share a graceful, perfectly proportioned, low-slung look. Unfortunately, none is available to drive, so I’ll have to imagine how they feel.

From the showroom, we walk the few hundred yards or so to the main workshop, a large three-storey building where the company’s 22-strong team of parts experts and craftsmen and women toil. It’s a fascinating place, with old Alvis heirlooms, including those original engines and even the original parts bins from 1929, rubbing shoulders with state-of-the-art production and vehicle testing machinery.

Old and new skills rub shoulders, too. For example, in one area, Daz, an expert in aluminium work, is shaping the body panel of a continuation model using an English wheel. Every so often, he places it against a full-sized wood buck of the car to determine the accuracy of the curvature he’s forming. Watching him is Alistair Pugh of A2P2 Specialists Reverse Engineering, a specialist supplier, who uses a laser to digitise the original Alvis bodies to the last millimetre in order to generate the data necessary to produce the buck Daz is referencing. 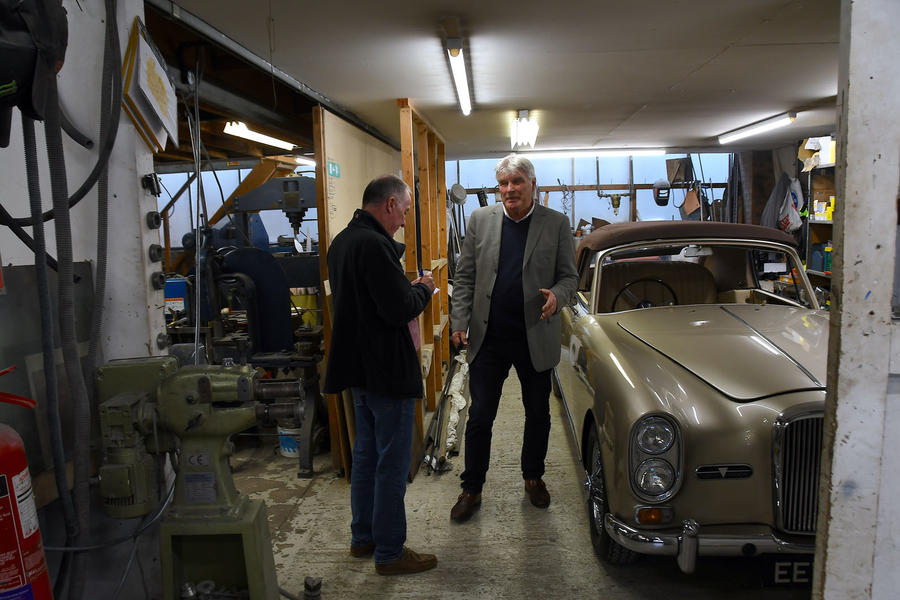 Stote now leads the way to another building containing around 20 Alvis cars in various stages of decay that he’s collected over the past 40 years and intends to restore. Elsewhere, another building is home to 40 Alvis models owned by customers and awaiting servicing. A 70-point service, Krypton tune, fresh MOT and a valuation costs £595.

As I leave, he thrusts a copy of The Autocar’s 1938 road test of the Alvis 4.3-litre Sports Tourer into my hands and indicates its conclusion: ‘There are cars, good cars and super cars. When a machine can be put into the last of these three categories, considerable praise is due to the makers. This model is the latest 4.3 Litre Alvis Sports Tourer.’

“See: it’s the first supercar!” exclaims Stote. “Autocar says so!” With an imagination like that, Alvis is in good hands.

The best cars from the classic rebuild industry​

Britain’s best dead car companies – but which do you remember?

Volkswagen Is Optimistic About Its Electric Car Future – CleanTechnica

Freedom Auto Insurance Review: Is It The Best Choice? – Motor1

A Rest Stop Where Flying Cars Can Recharge – WIRED

New UK E10 petrol could cause ‘engine damage’ to these vehicles – is your car affected? – Express

200 electric cars up for Grab from next year