To match the growing scale of exploitation, prosecutors and in-house attorneys are leveraging tech-based solutions to track and combat labor abuse and human trafficking.

“If you’re building a [human exploitation] response at the company, police department or federal level you have to take into account technology,” said Radu Cucos, Organization for Security and Co-operation in Europe (OSCE) associate officer on combating trafficking in human beings and author of a recent OSCE report analyzing technology for fighting human trafficking.

“We generally hire a company or investigator to do a cellphone dump where they take the client’s cellphone and extract all the information. [That] usually verifies what has happened to [the victim],” said Cohen Milstein Sellers & Toll associate and former State Attorney’s Office for Palm Beach County Special Victims Unit chief Takisha Richardson.

Generally, photographs and advertisements proving trauma and exploitation are in personal cellphones, Richardson explained. After the criminal prosecution is closed, civil attorneys can also obtain most of the information through a Freedom of Information Act request, she added.

Cucos also noted lawyers can leverage facial recognition tools, such as Microsoft’s PhotoDNA, to gather more evidence of what websites victims were advertised on and perhaps prove trauma was prolonged by the stigma of being displayed on a website.

Still, ”These tools aren’t primarily for lawyers, they are primarily for law enforcement investigations,” he said. “But if lawyers want to gather more evidence and show the volume of exploitation they can think of probably using the tech tools.”

As exploitation shifts onto online platforms, corporations also can’t ignore the issue. Cucos noted the U.S., France, U.K. and the Netherlands have recently strengthened their supply chain laws holding companies accountable if their products or services are developed through labor exploitation.

To avoid reputational risks and disruptions to their supply chain, companies are using technology to survey their suppliers. Some companies, for example, use blockchain apps to prevent migrant workers from being exploited. Companies are now tracking workers’ contracts by uploading them to a blockchain so they cannot be modified, Cucos explained.

Cucos’ report noted Coca-Cola Co. is working with nonprofit Blockchain Trust Accelerator to use a blockchain to validate workers’ contracts and review how labor agents are interacting with workers.

Tech tools to combat labor exploitation are also being developed in the public sector, too. The U.S. Department of Labor developed an app called “Sweat and Toil” that provides reports on child labor laws in various countries downloadable to iPhones or Androids, Cucos noted.

Free and for-profit software is available to help corporations manage their supply chains and avoid labor exploitation, but Cucos wasn’t sure how involved lawyers are in implementing these corporate tools. However, he noted understanding the risk of collecting workers’ data and complying to requirements would likely include legal counsel.

“ I’m sure lawyers are involved in this. When you speak about supply chain tech there’s a lot of discussion about data privacy. You have to make sure this data is processed by protecting privacy, in an ethical way and that there’s no breaches.” 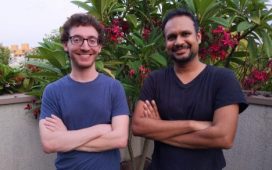