Andy Palmer is a busy man. Since departing as CEO of Aston Martin in May 2020, the engineer and automotive executive has turned once again to electric vehicles, taking up a torch he himself helped ignite when leading Nissan’s development of the Leaf. Multiple new roles in the EV sector are keeping Palmer on his toes, but he was still kind enough to make time for a follow-up interview after the recording of our initial conversation went awry.

“Coming out of Aston I was obviously looking for what to do next,” Palmer explained to The Engineer, for the second time in a week. “I harkened back to my experience at Nissan and the creation of the Leaf. I started that project 15 years ago and it was all around zero emissions, and I wanted to fast forward to what would be relevant today. So everything I’m doing today, one way or another, is basically orientated around net zero carbon.”

One of the primary ventures demanding his attention is Switch Mobility, an electric bus and commercial vehicle company formed from an amalgamation of Yorkshire-based Optare, where Palmer was previously chairman, and Ashok Leyland EV, where he has served in a non-executive role since 2015. “Basically it’s a new company evolving from two entities, bearing the benefit of ten years of their operations, but creating a global unicorn (privately held startup valued in excess of $1bn), and that’s kind of exciting,” said Palmer, who is now chairman at Switch.

In October 2020, Palmer was also appointed non-executive vice-chairman of InoBat Auto, a Slovakian battery manufacturer using AI to create customised EV batteries. The company has plans for a €1bn gigafactory in Eastern Europe that it says will produce 240,000 bespoke batteries by 2025.

“I wanted a battery company within my portfolio,” said Palmer. “I chose InoBat because it has access to the IP of a company called Wildcat, a Californian company, whereas most of the European battery entities are licensing technology from the Koreans or the Chinese. “We’ve done all the fundraising for creating the R&D facility…we’re starting on the funding of the pilot line and then eventually the gigafactories. When I was at Nissan, I was responsible for building three gigafactories, so the next one – which is likely to be in central Eastern Europe – will be my fourth, and hopefully there’s a fifth and a sixth.”

Covering yet more of the EV market, Palmer has also taken on a non-executive director role at Hilo, a UK-based electric scooter company. Originally an advisor, his more prominent role has coincided with the company undertaking its Series B round of fundraising. “When I was doing my research, you can see where the growth is, and it’s in that so-called last mile,” said Palmer. “That includes of course the vans and buses that get satisfied through Switch, but there was also this e-bike and e-scooter (segment).”

Between Hilo and Switch, Palmer’s commitment to e-mobility in the UK can hardly be questioned, but he worries for the future of the sector – and UK automotive as whole – if domestic gigafactories don’t get off the ground, and soon. “It’s vital. In fact, not having it is existential to UK (automotive) manufacturing,” he said. “Batteries are bulky, heavy and expensive. So you don’t want to move them very far….you’ve got to keep the supply chain short.”

With EV legislation forcing the hands of carmakers on their future platforms, traditional manufacturing inertia is not at play to the same degree as in the past, according to Palmer. Wholesale electrification will give OEMs the opportunity to relocate car plants, and they will be highly incentivised to co-locate vehicle production alongside battery manufacture. “The difference here is that all platforms have to move to electric, and that means that all platforms are new, which is why the industry is taking such a profit hit,” said Palmer. “A new platform gives you the opportunity to look at your manufacturing footprint…and you’re going to want that footprint close to your gigafactories. “It’s a little bit of the tail wagging the dog, if you like, but it is what it is. And that’s why it’s really important that we get a gigafactory footprint in the UK to help define those future platform decisions.”

Palmer has been beating this drum loudly for some time now in his capacity as a government advisor, and it appears the message is getting through. Shortly after we spoke, plans for the UK’s first gigafactory at Blyth Power Station received a boost after the Northumberland site’s sale to Britishvolt was confirmed. Production is set to begin in 2023, with around 300,000 EV batteries produced annually by 2027.

The necessity for UK gigafactories can be traced all the way back to Palmer’s time at Nissan where he successfully launched the Leaf during a 23-year stint at the Japanese carmaker. First seen in 2010, the Leaf was the world’s all-time best-selling EV until early 2020, when it was overtaken by Tesla’s Model 3. “One of our competitors said it would be better to take the billions you’re spending on that and just dump it in the Pacific,” said Palmer. “For the first two or three years, you could add up everybody else (producing EVs), and Leaf had better sales than them all together. “I look at where the market is now and think what Nissan could have been if it had had the courage to continue on the path…but because it hasn’t continued to invest and own that space…in my humble opinion it has lost that leadership position, and not to the betterment of the company.”

The six years of my life at Aston don’t define the 41 years of my career, and basically what I’m trying to do is use that whole 41 years to help in this net zero era

Leaving Nissan for the top job at Aston Martin surprised some, the scale of the task at the struggling British marque bearing many hallmarks of a poisoned chalice. After taking over in late 2014, Palmer helped return Aston to profit, launching four new core models during his tenure as well as overseeing the development of the Valkyrie hypercar. But a stormy IPO in 2019, compounded by tough trading conditions and the COVID impact, ultimately led to Palmer being ousted in May 2020.

“I don’t regret at all my period at Aston,” he said. “I’d point to a company I inherited that was three months from going bankrupt, which had a valuation of £420m. Today it’s £2bn. I was able to renew its sportscar portfolio, get the DBX (SUV crossover) to market, and basically get the Valkyrie developed. And I learned a lot. As I move into the third period of my career, the twilight of my career, which is around net zero, those lessons around aerodynamics and reduction of drag, lightweighting, the use of aluminium and carbon, those really helped me.

“Are there some things I would have done differently? Yes. Things around the IPO, but you have to understand the whole history and why it happened. And I’m really happy that what I’ve left behind is a company with a strong portfolio. “The six years of my life at Aston don’t define the 41 years of my career, and basically what I’m trying to do is use that whole 41 years to help in this net zero era.” 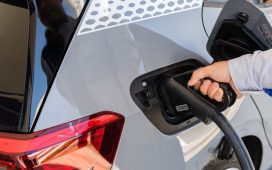 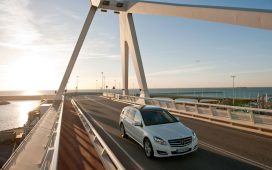 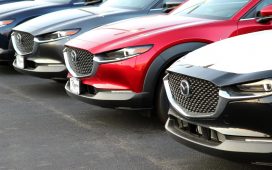 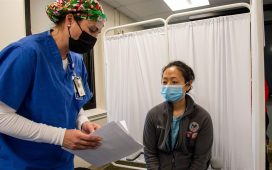