Massive stimulus efforts from governments and central banks kick-started a huge rally in stocks from the depths of the coronavirus crisis. Now a sense of progress back towards normality and of control over the deadly illness are helping too.

This upbeat tone may have time on its side given the likelihood of a sharp rebound in economic activity over the next three months. In part, this will be flattered artificially; the size of the hole created by a hard stop in March and April means that any even modest improvement in the macro data over the summer will look good coming from such a low base.

Still, the chance of a rebound has bolstered the recent rally in equity markets, where banks, industrials and smaller companies have led the way. The recent rise in bank shares suggests investors do not buy the chance of negative interest rates in the US.

Meanwhile in Europe, the push towards a recovery fund may well serve as a foundation for greater economic unity. Notably, European equities, distinguished by banks and other economically sensitive sectors, have begun outpacing Wall Street, while Italian government bonds and the euro have also gained. With smaller US shares also eclipsing the S&P 500 of late, this suggests that brighter economic prospects are becoming a bigger driver of market sentiment. It is no longer all about the Fed.

Jamie Dimon, the chief executive of JPMorgan Chase, also did his bit for bank share prices this week, noting that the economic bounceback could be “fairly rapid”.

“The government has been pretty responsive, large companies have the wherewithal, hopefully we’re keeping the small ones alive,” he said.

The challenge is whether the current shifts in equities are really sustainable, or a brief tactical rejig. If coronavirus-related restrictions can be lifted without sparking fresh waves of outbreaks, the optimistic view is likely to prevail.

“The early steps back to normalcy are exciting if only because they are in the right direction,” says Christopher Smart, chief global strategist at Barings Investment Institute.

Spoiling this kind of sunny outlook requires the arrival of genuinely bad news that spurs financial contagion grim enough to blow through central banks’ ability to backstop the system. Candidates for such a shock include a severe reckoning for commercial real estate that threatens banks, or elevated levels of unemployment that damage economic activity later this year and into 2021.

But such threats are distant for now. True, deteriorating relations between China and the US are a cause for concern, but investors doubt that either Beijing or Washington would do anything to hurt their national economies.

A longer-term view relies on assessing the potential potholes along the way. It is not enough that economies are showing signs of turning the corner, or that governments and central banks set a hard floor for asset prices such as equities and credit. Beyond the initial bounce that stems from the reopening of economic activity, investors must assess the chance of a sustained and robust recovery. Is that possible while businesses operate at below full strength in an effort to maintain public health? A look at the early experience of China two months into its reopening process highlights a weak recovery in demand marked by a reluctance among consumers to spend.

This will not be a short process. The path to a bounceback in earnings — a key long-term driver of equity performance — will be long and twisting too. Already, more than one-third of S&P 500 companies have withdrawn their earnings per share guidance for this year according to data provider FactSet, led by industrials and consumer discretionary sectors. Many expect the end of 2021 could be the earliest point at which economies and earnings return to their late 2019 levels. BlackRock expects “significantly reduced earnings per share this year before a gradual reversion over several years toward the prior trend of rising earnings”.

This suggests that investors looking for a speedy shift back into equity sectors that benefit from a robust economy may become frustrated, intensifying the focus on companies that can adapt and survive.

Companies focused on cutting costs and investments while making their regular interest payments, have strong appeal for fixed income managers too, making them the favoured picks in corporate credit. 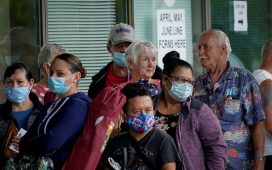 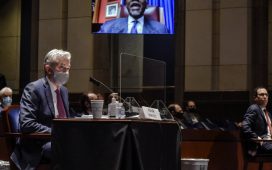 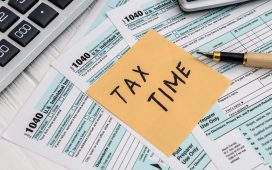