Ireland’s first ‘biodynamic’ whisky will be bottled this summer


Sowing seeds according to the positions of the moon and burying cow horns filled with manure may sound unorthodox, but these are some of the principles behind the creation of the first Irish biodynamic whisky.

Ireland’s Waterford Distillery has confirmed that its Biodynamic: Luna will be bottled this summer.

The principles of biodynamic farming assume that each farm is its own self-sustaining organism and that elements including soil, crops, animals, people and the spirit of place are all interconnected.

They were first discussed in a series of agricultural lectures by Austrian philosopher Rudolf Steiner in 1924.

Some of the more extreme practices involve packing a cow horn with manure and burying it under the soil during the winter months, something which is done for reasons such as regulating the pH level in the soil and helping to counteract excessive salt levels.

In the summer months, cow horns are packed with mineral silica and buried under the soil to help healthy crops grow.

The purpose of the methods is to produce the healthiest possible soil and thus crops, and no chemicals or pesticides are used.

Biodynamic: Luna’s arrival will be the culmination of Waterford CEO Mark Reynier’s project to bring biodynamics out of the wine world and into whisky, which has required three Irish growers – Trevor Harris, John McDonnell and Alan Mooney.

Mr Harris, of Coilltroim Biodynamic Farm, Co Kildare, said it sounds ‘mythical and magical’, but there is solid reasoning behind some of the methods and there is a noticeable difference in the products.

He added: ‘We did actually get a taste of the biodynamic and compared it to the organic and the conventionally-produced one, and you could notice the difference in taste and the difference in smoothness to it, for my palette anyway.’

Mr Harris continued: ‘For me, the justification, or the proof that biodynamic has such an effect on the flavour is the way the wine community has taken it on board so much.

‘If it wasn’t having a positive effect on the flavour of their wines, they wouldn’t be doing it because they’re judged solely on flavour.’

He explained that over the five years he has been using the method on his farm he has noticed the health of his soil and crops has improved, as has their flavour.

Mr Reynier, founder of Waterford Distillery – who spent more than 20 years in the winemaking industry before another 20 in whisky – said: ‘Many of the world’s very greatest winemakers follow biodynamic farming to produce the most exquisite flavours.

‘But nobody has released a whisky made from purely locally-grown biodynamic barley – until now.

‘Malt whisky already is the most complex spirit in the world thanks to the barley from which it is distilled, and with a biodynamic cultivation regime there is the ultimate opportunity to enhance its flavour.

‘At Waterford, we are on a mission to create the most complex, unique and profound whisky, and biodynamics is the next step on that journey.

‘It makes little financial sense, but for taste – for taste alone – it is the holy grail.

Access to technology is changing the U.S. education system for good 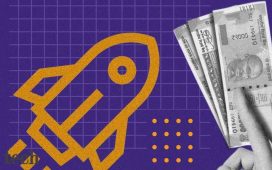 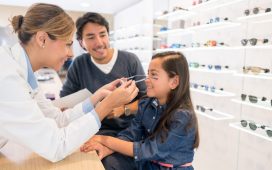