It’s about time investors were hit with the reality about electric vehicle startups. But what do tanking shares mean for the much-hyped, cheap capital-sucking EV makers that took the market by storm last year?

Stocks of EV upstarts, from New York-listed, Chinese firms such as Nio Inc., Xpeng Inc. and Li Auto Inc. to their American peers Rivian Automotive Inc. and Lordstown Motors Corp., have lost their sheen in recent weeks, exacerbated by a broader turn in sentiment and rising rates. Turns out making fancy, future-forward cars is kind of hard.

It’s even tougher when costs to produce vehicles are surging. Manufacturers can’t get their hands on parts and sales have been underwhelming. Adding pressure, those Chinese companies that trade in the US are getting caught up in the regulatory tit-for-tat between Washington and Beijing.

Until now, raising capital had been the easy part. Investors rushed to check off their ESG-friendly holdings, happily backing anything that seemed tech-y and green. All the while they appeared to ignore the basic requirement of a manufacturing company: Can it actually make the product? And is it being produced at scale? How quickly will it go from prototype to mass production?

Many upstart EV makers boasted all sorts of artificial intelligence and smart-driving systems. Still, they needed to source integral parts from other firms, especially the core component — batteries. They put out big production forecasts, based on unlimited consumer demand and the inevitable need for companies to bow to regulatory pressure around emissions. Several even went with an asset-light model, contracting out the vehicle-making part.

Most investors loved the rhetoric. Now, pulling in cash is getting tougher as rates are rising. Investors will soon be forced to face another reality: Production and manufacturing matter. It’s not just about the ability to bulk up coffers; putting capital to work will need to go beyond talk of adding fancy gadgets, software systems and speccing out vehicles. Meanwhile, even though car buyers are keen on EVs, hobbled supply and high prices risk denting demand. The average cost of a new EV in the US is $65,000, according to Kelley Blue Book estimates.

Barriers to entry are rising, too. EV and battery companies that can’t produce or show a viable products will become the laggards — if they can survive at all. In recent weeks, these firms seem to have gotten realistic with their plans.

Struggling firm Lordstown recently sold its factory to iPhone contract assembler Foxconn Technology Group for $230 million to raise cash, and said its ability to stay in business depends on getting more funding. Earlier this month, it struck a joint venture deal with the assembler to make cars. When went public almost two years ago, it had hoped to make 2,000 pickups and then 32,000 in the following full year. Now, it plans to make 500.

A production deal doesn’t necessarily speed up the manufacturing process, either. Foxconn has also partnered with Lordstown competitor Fisker Inc. to make cars. That’s in addition to Fisker’s existing agreement with another large contract manufacturer, Magna International Inc. But even with pros by its side, the company only expects to make vehicles by the end of this year.

In Fisker’s public offering document, one of the risk factors stated was that the company’s “business model relies on outsourced manufacturing of its vehicles. The cost of tooling a manufacturing facility with a collaboration partner is high, but such cost will not be known until Fisker enters into a vehicle manufacturing agreement.” In fact, the EV company even stated clearly that “investors should not place undue reliance on Fisker’s statements about its production plans or their feasibility in the time frame anticipated, or at all.”

Yet investors seemed confident; EVs were about to roll off production lines. Blame Covid-19 or supply chains or geopolitics — the reality is, there aren’t many EVs on roads in 2022.

Even EV firms with big backers and policy support haven’t had it that easy, and are only now coming around to ramping up production and sales. Nio, XPeng and Li Auto are producing just thousands of units per month. Elsewhere in the world, Lucid Group Inc., which is backed by Saudi Arabia’s sovereign wealth fund, is setting up production in the kingdom and has inked a purchase agreement with the government for up to 100,000 cars.

EV companies will no doubt face growing pains and it’s obviously good to have bold plans. But someone’s got to make sure they’re delivering on those promises. The danger now is that the hype dies off and takes demand with it, as consumers give up their hopes. In that case, we’ll end up where we started. Investors need to peel past the promises and pressure manufacturers to produce — at scale, and soon.

More From This Writer and Others at Bloomberg Opinion:

• Elon Musk Has It All Wrong on Subsidies: Anjani Trivedi

• In the Electric-Car Race, Ford Is Stuck in a Hybrid: Liam Denning

This column does not necessarily reflect the opinion of the editorial board or Bloomberg LP and its owners.

Anjani Trivedi is a Bloomberg Opinion columnist covering industrial companies in Asia. Previously, she was a reporter for the Wall Street Journal. 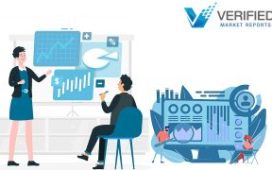 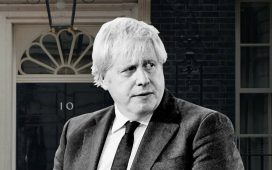