Jack Dorsey loves bitcoin’s potential as an online currency, and he’s making it a big part of Square‘s (NYSE: SQ) future. But in the present, that means investors have to think of the e-commerce company as two different businesses. The first is the company’s merchant services and personal payments business, which exhibits strong growth and great margins. The other is bitcoin, which has fast growth and razor-thin margins. Some may argue that bitcoin is a great retention tool for the Cash App. However, I think Square could be missing the payments forest for the bitcoin trees. 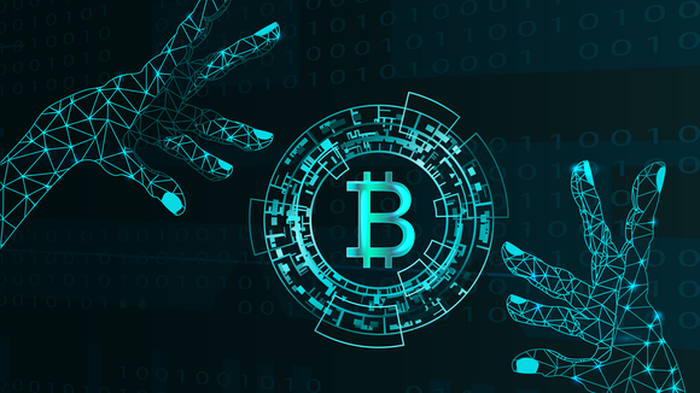 Person-to-person electronic payments are expected to be a $2 trillion global industry by 2025. Square is already a player in that space — but it’s far from a leader.

One of the most prominent names in payments is PayPal Holdings, which has two platforms whose names have become verbs for anyone who wants to send money electronically: its namesake service and Venmo.

Traditional banks, meanwhile, have recognized the importance of digital payments and created the platform Zelle. Roughly half of the U.S. — if they are enrolled in mobile banking — has access to Zelle. The importance of a traditional bank’s backing cannot be underestimated. In fact, a recent Zelle-sponsored study found that 76% of Generation X, and 74% of baby boomers, said their top reason to try a peer-to-peer payment method would be if it were offered by their existing financial institution.

Zelle is expected to reach more than 56 million users this year, followed by Venmo with around 40 million. Near the end of 2019, the estimated users of Square’s Cash App sat at about 15 million. Square’s secret weapon to try and catch Zelle and Venmo is bitcoin.

So if the popular cryptocurrency is the answer to the Cash App’s future growth, how big is the market? Last year, blockchain wallet users grew to about 42 million. Square would need to capture nearly 60% of this market just to catch Venmo in total users. Square Cash allows bitcoin owners to do much more than just buy, sell, or hold the cryptocurrency, but there are few companies that manage to capture 60% of any industry.

Square’s fascination with bitcoin boils down to a single premise, as stated by CEO Dorsey: “The world ultimately will have a single currency, the internet will have a single currency. I personally believe that it will be bitcoin.” If his supposition is correct, focusing on bitcoin could make sense if it were possible to make a profit. Unfortunately for Square investors, this is a business with razor-thin margins.

In the third quarter of 2019, Square generated $148 million in bitcoin revenue, representing a 244% annual increase. This business helped the company’s total revenue increase by 44% year over year. Unfortunately, the bitcoin segment’s margins are almost nonexistent. During the third quarter of 2018, bitcoin’s gross margin was 1.4%. A year later, the company’s bitcoin gross margin was 1.4%. By point of comparison, the Cash App’s other revenue increased by 115% with a gross margin of more than 76%.

PayPal’s Venmo app doesn’t offer bitcoin, but it saw an annual increase in total payment volume of 64% last quarter. The key difference between PayPal and Square is in each company’s core free cash flow. In PayPal’s last quarterly report, the company generated over $500 million in core free cash flow. Square, on the other hand, posted a negative $4 million. It’s hard to ignore that nearly 12% of Square’s total revenue came from bitcoin. Growing a business that makes almost no profit inevitably hurts the bottom line.

With nearly half of the Cash App’s revenue coming from bitcoin, investors should worry that this business is helping Square show revenue growth at the expense of profits. If the bitcoin market slows down, or the cryptocurrency becomes less popular, Square’s revenue growth could take a beating. Even if bitcoin remains popular, there are competitors that Square may not see coming.

Time to look in the rearview mirror

If Square only had to worry about catching Zelle or Venmo, the company’s mission in personal payments could be about offering unique options. In this scenario, offering bitcoin or the option to buy fractional shares of stock might offer a competitive advantage. And Square’s Cash App doesn’t have to do the same job as the others to be successful — as Dorsey said last year, “We do see people use the Cash App fundamentally as you would expect them to use a bank account.” Unfortunately, there are upstart companies that may poach Cash App users and traditional bank customers alike.

Stash is known as an investment app for beginners, yet the company’s capabilities could lure away some Cash App users. If you want to buy fractional shares of a stock, for as little as $1 a month, you can buy and sell as much as you like. The company offers a “Spend” account, which is a pseudo bank account with bill payment and debit card access. The Stash debit card gives users a different twist on the Cash Boost that has been so popular for Square. Instead of a cash boost, you get fractional shares of stock with each debit card purchase when you enroll in stock-back. Though Stash doesn’t offer person-to-person payments, the company seems destined to offer this option in the future.

Another company that should concern Square is SoFi. Though it’s mainly known for debt consolidation loans, SoFi is branching out quickly to find funding for its loan business. The SoFi Money app has been aggressively marketed and arguably does some things better than the Cash App. If you want person-to-person payments, SoFi has it. If you want a high interest rate, the Money account acts like a hybrid checking and savings. If you want to buy bitcoin or fractional shares of stock you can do that, too. Just to complete the banking experience, the account also offers bill pay and a debit card.

With big banks backing Zelle, Venmo holding the cool factor, and upstarts like SoFi coming up from behind, Square could see the Cash App being squeezed from all sides. With Square’s stock selling at a forward P/E ratio of more than 70, there isn’t much room for error. The company’s top-line growth has been helped by bitcoin, and now that business is under attack. Investors should wait to see how Square responds to these challenges before committing any new money.

10 stocks we like better than Square
When investing geniuses David and Tom Gardner have a stock tip, it can pay to listen. After all, the newsletter they have run for over a decade, Motley Fool Stock Advisor, has tripled the market.*

David and Tom just revealed what they believe are the ten best stocks for investors to buy right now… and Square wasn’t one of them! That’s right — they think these 10 stocks are even better buys.

Crypto Exchange Exec: Bitcoin Will Not Stop at $100,000 – Bitcoinist

How to Hide Your Bitcoin – Opsec, Anonymity, Cold Storage, Brainwallet, Dexes and Non-Custodials

The Rise of Economic Development Zones:  A Way To Mitigate Crypto Taxation?

Bitcoin Price: 2 Key Indicators Hint that a Bear Market is on the Cards...