Twenty years before Neil Woodford’s spectacular fall from grace, the demise of another famed UK value investor dominated the headlines.

Tony Dye, the fund manager dubbed Dr Doom for his views on the overvaluation of equities during the late 1990s tech bubble, was unceremoniously ousted in early 2000 after investors lost patience with his underperforming funds.

In a cruel twist of fate for the late Mr Dye, the dotcom bubble burst just a few weeks afterwards, proving his thesis correct and rewarding his style of value investing.

Mr Woodford, another self-proclaimed value investor who made his name by pursuing a similar investment approach during the dotcom boom, only to lose the faith of his investors two decades later, is yet to have his investment philosophy vindicated.

But Mr Woodford’s downfall as well as that of his protégé at Invesco, Mark Barnett, is evidence that just like during Mr Dye’s time patience is once again wearing thin for value managers.

Value investing involves identifying good companies trading below their fair value and waiting for the market to correct itself. The style has historically flourished in the UK, in part owing to the heavy weighting of dividend-paying value stocks such as mining companies and financial groups in the FTSE 100 index and in UK investors’ portfolios.

“There is a culture of value investing in the UK,” says Edward Park, deputy chief investment officer at wealth manager Brooks Macdonald. “The London market has lent itself well to value stocks, which is why there have traditionally been more ‘star’ managers in that sector.”

Mr Woodford and Mr Barnett earned their stripes during a golden age of value investing in the UK, alongside names such as Fidelity’s Anthony Bolton and New Star’s Stephen Whittaker.

“Many a UK manager’s reputation has been made because of value investing,” says Ryan Hughes, head of active portfolios at investment platform AJ Bell. “Up until a decade ago, the style was the go-to investment style, and lots of investors piled into it.”

But the future of value investing is at a crossroads. Even before the blow-ups at Mr Woodford’s and Mr Barnett’s funds, investors’ faith in value was being tested by its prolonged underperformance due to more than a decade of low interest rates and the rally in growth stocks during the post-crisis bull run.

“It has been a very tough time for pure value managers,” says Nick Kirrage, who co-heads a Schroders team managing £9bn in assets across global value funds. “There aren’t as many of us any more because some have changed their style or found other ways to buy companies.”

According to Morningstar, value-focused funds account for just under a third of UK-domiciled fund assets, down from 44 per cent in 2005.

Meanwhile, growth funds have flourished. Strategies such as Terry Smith’s Fundsmith Equity and Lindsell Train’s UK Equity, which invest in mature companies with the ability to outperform their peers, have consistently topped the best-selling funds list in recent years and are now among the largest equity funds in the UK.

Although investment style performance is cyclical, renewed rounds of interest rate cuts by central banks mean that recovery for value is still a far-off prospect. This comes as the style’s problems have been compounded in recent years by Brexit uncertainty and are now being exacerbated further by the coronavirus pandemic.

“Value managers have faced a perfect storm,” says Samuel Meakin, associate director for equity strategies at Morningstar. “After the clarity provided by the UK election, some managers increased their exposure to retailers and consumer sectors, only for these to be among the worst hit by the pandemic a few months later.”

Value managers tend to favour stocks that pay high dividends, but these payouts have been slashed as companies have moved to conserve cash in the face of the economic crisis. According to AJ Bell, the dividend forecast for the FTSE 100 has fallen from £91bn in January to £62bn.

Ben Lofthouse, head of global equity income at Janus Henderson, says that dividend cuts are “particularly painful” as they mean value investors can no longer rely on being “paid to wait” for value to outperform, reducing their total return.

However, with the gap in returns between value and growth standing at a 25-year high, value advocates such as Mr Lofthouse argue that there are rich rewards for investors who can hold their nerve.

“The current conditions arguably provide the best environment for value investors,” he says. “The paradox is that you are best served in the long term when other investors’ interest in value assets is at rock bottom.”

Simon Gergel, head of UK equities at Allianz Global Investors, agrees, recalling the words of Mr Dye, with whom he worked at Phillips & Drew. “He used to use the analogy of a brick and elastic. You could pull on that for a long time but nothing changed. But at some point the elastic will get very stretched and will start to move, and it will move very fast.”

But there are questions over whether value funds will ever return to the bumper returns they enjoyed for much of the last century due to structural changes to the economy. Advances in technology and the shift away from fossil fuels are sending value-focused companies into accelerated decline, while further propelling growth stocks.

“The big question mark is how big a role technology will play in terms of productivity, disruption and fundamentally changing the landscape,” says Adrian Lowcock, head of personal investing at Willis Owen. “During this crisis, lots of companies suffered while technology companies stepped up and delivered.”

Mr Lofthouse, whose fund has a value tilt rather than being a pure value strategy, counters that these changes do not alter the case for investing in unloved stocks, provided that managers stay alert to so-called value traps, apparent bargains that cannot be salvaged. “The biggest change I’ve made is not assuming that companies’ past returns are always going to be maintained,” he says.

He adds that one advantage of the current environment and surge in demand for technology is that it will force companies to adapt quickly, for example pushing high-street retailers to establish an online presence.

A bigger question is whether more value managers will capitulate as they did in the run-up to the bursting of the dotcom bubble.

Some large houses are already considering reducing their reliance on value. M&G chief executive John Foley said earlier this year that the group was reviewing its value house style, which underpins its former blockbuster Recovery fund.

The reputational harm to value caused by the demise of Mr Woodford and Mr Barnett may cause more investors and managers to retrench. Vitali Kalesnik, head of equity research at Research Affiliates, says that such a trend could enhance the potential returns for those investors left in the market by driving money out of value stocks and exacerbating potential mispricings.

Not all UK value managers are floundering. Polar Capital’s UK Value Opportunities and the Man GLG Undervalued Assets fund have beat the MSCI UK Large Value index over the past three years, despite lagging behind the broader stock market, according to FE.

Advocates of value argue that the problems that led to Mr Woodford and Mr Barnett’s undoing were linked to liquidity management and style drift rather than deriving from the duo’s stated value approach.

Schroders’ Mr Kirrage says that being clear about the investment approach and sticking to it is key to success in value investing. “Managers have to lay out their stall and focus on picking the best stocks within the value universe,” he says.

He warns that though this will not always work, having a disciplined approach is especially important at a time when value stocks are trading at historic lows. “In the last 10 years we’ve been swimming into a current, but we have to keep swimming and then eventually one day the tide will switch.” 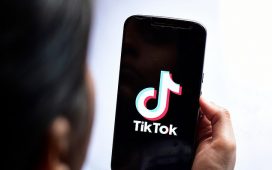 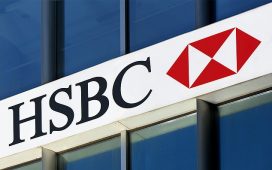