Is your local Santander closing down? Spanish-owned bank announced these 140 branches will shut


Is your local Santander closing down? Spanish-owned High Street banking giant will shut these 140 branches with more than 1,270 jobs at risk

Grace Gausden For This Is Money

A number of city centre branches have been slated for closure, including the Birmingham New Street, Coventry High Street and Marylebone High Street branches.

The Spanish-owned banking giant said it had been force to reduce its branch network as customers had increasingly moved to digital banking. 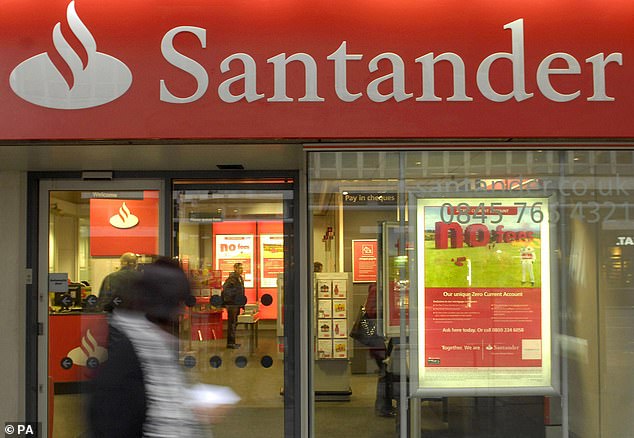 The bank then bought Alliance & Leicester BS in 2008, followed by the Bradford & Bingley, which had been nationalised during the financial crisis.

These were all rebranded as Santander UK and by 2011 Santander had 1,200 branches across the UK – with multiple branches in most towns and cities.

It immediately embarked on a programme of branch closures that, as of last year, saw its branch network reduced to 754. After these closures it will stand at 614.

READ  Which Funds Are in the Doghouse?

Santander confirmed that it has consulted its trade unions on the proposed changes and is looking to find alternative roles for the colleagues affected, where possible.

It expects to be able to redistribute around a third of these colleagues and said it will closely be supporting them over the coming weeks as the consultation process takes place.

Furthermore, it will provide individual support to assist customers who may not have tried digital or telephone banking previously and will also work closely with the local Post Office to raise awareness of the services available.

Susan Allen, Head of Retail and Business Banking, said: ‘The way our customers are choosing to bank with us has changed dramatically in recent years, with more and more customers using online and mobile channels.

‘As a result, we have had to take some very difficult decisions over our less visited branches, and those where we have other branches in close proximity.

‘We will support customers of closing branches to find alternative ways to bank with us that best suit their individual needs.

‘We are also working alongside our unions to support colleagues through these changes and to find alternative roles for those impacted wherever possible.

READ  Saurabh Mukherjea’s tips on how to construct a portfolio

‘We continue to believe that branches have a vital role to play and we will be refurbishing 100 of our branches over the next two years.

‘We are confident that following these changes we will have the right branch network to serve our customers’ changing needs, and we expect the size of our network to remain stable for the foreseeable future.’

Below is a list of all the branch closures set to take place later this year and the date on which they are due to shut.

READ  MARKET REPORT: Metro Bank is hurt by a war in the mortgage market

Global stocks edge higher as investors shrug off US unrest

Best and Worst Performing Funds in May