The legendary astronaut stepped foot on the lunar surface on July 21, 1969, just 20 minutes after his colleague – Neil Armstrong – became the first man to walk on the Moon. The pair made history after the lunar lander Eagle touched down at Tranquility Base before Armstrong delivered his “one small step” speech – signifying the end of the Space Race. They then spent about two-and-a-quarter hours together outside the spacecraft, collecting 21.5kg of lunar material to bring back to Earth, snapping up photos along the way.

One of the most iconic snaps, which is of Aldrin and not Armstrong – contrary to popular belief – encapsulates the iconic moment, as Armstrong can be seen in the visor along with the Moon’s surface and the lunar lander Eagle.

Speaking at the Science Museum in 2016, Aldrin said: “Neil was such an excellent photographer.

“I was walking along like this and he said ‘hey, stop,’ so I looked at him and he took the picture right away.

“You can identify that I was still moving a little bit, but people ask me about it because it was so well staged.

“We call it the visor picture because the reflection in the visor shows the landing craft and it shows the white-suited astronaut, Neil, who took the picture.

“You can see my shadow moving out, so we call it the visor picture.”

But Aldrin revealed the real reason why he thought the photo has become so popular.

“We certainly knew that the pressure was going to be on us to be on to do that, of course, to all of us, the most important thing about that mission was to make the landing.

“If you don’t make the landing, you can’t go outside, you have to do it again, but that’s not the way the press and the media see it.

“The most important thing is opening the hatch, and that was easy, but there was some controversy because it was the first time that two people were going to go out.”

Aldrin then spoke of the pressures that the Apollo 11 crew felt during the mission and how it was decided Armstrong would be the first man on the Moon.

He continued: “Previously, on all other spacewalks, the commander was so occupied training for the very complex things he had to do and make decisions, so generally the experiments were given to the pilot, NASA doesn’t like that word co-pilot, but the pilot always did the spacewalking.

“For a number of reasons it was decided that the customary thing would be that the commander does the leading of his troops and he should be the one symbolically to go down and that was the way it was decided.

“The experiment still should have been overseen by the junior, me, but that isn’t the way it worked out because Neil was down there first and I followed him down.

“If you put a person out there and he was to have some trouble, the best thing is to have somebody right behind him, not somebody back up in the spacecraft. 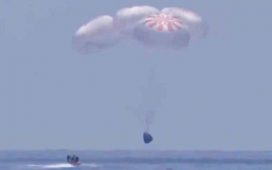 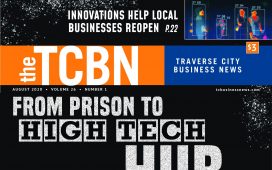