On arrival at a barn in deepest Devon, I was pleased to see a three-pin plug on the drive – not as good as a dedicated EV charger but still capable of doing the job. That was lucky, really, because I had a quick look at charging points in that part of the world on Zap-Map and there were only three: two at people’s homes and one public charger.

Our barn was on a tiny winding lane, where I prayed that nothing was coming the other way. The E-Pace felt a little out of place (this is workhorse country, where I saw more Subarus and Ford Rangers than premium brands), but nonetheless it suited the lifestyle well. It’s compact enough for passes on tight roads and has four-wheel drive, which you would most definitely need in the colder months.

Once at our destination, I didn’t venture too far, so I could survive almost entirely in EV mode throughout the week, using petrol only for the drives there and back.

The infotainment system worked brilliantly and we were comfy for the whole four-hour trip, feeling cosseted in a good way and never fidgety.

Objectively, then, the E-Pace was a brilliant car for the holiday, making life easy at every turn. My only reservation would be if a family of four required it for a long drive. I’m certain it’s doable, but I would have to significantly sharpen my packing skills to achieve it. 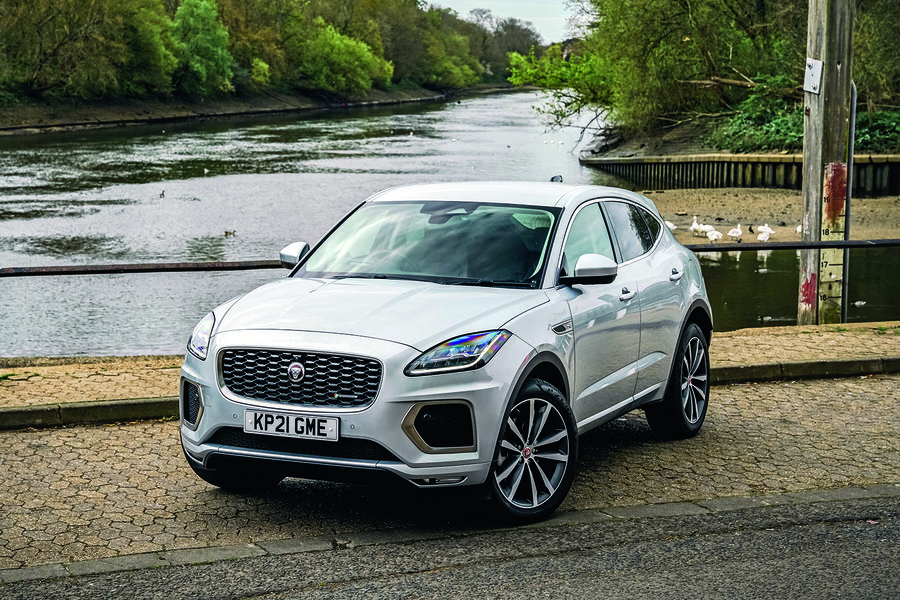 Let’s address the elephant in the room: what’s happening at Jaguar? Not a lot, it seems. At least on the face of it, although presumably the team at its Coventry headquarters are incredibly busy preparing for its reinvention, which is due in 2025. At that time, it plans to relaunch as an electric-only luxury brand on a par with Aston Martin and Bentley.

That seemingly doesn’t leave much room for its existing line-up, then, which is led by the Jaguar F-Pace, Jaguar I-Pace and Jaguar E-Pace, an example of which has just joined our long-term fleet. While it’s hard to see how these cars fit into the new line-up, they remain very relevant for the market right now, all SUVs for families, one fully electric and the other two with plug-in hybrid powertrain options.