For critics who dare to suggest Rishi Sunak resembles a Corbynista apparatchik in a sharp suit – splashing vast amounts of cash we don’t have – the Chancellor got his defence in first.

After unleashing another £30billion jobs package, including unprecedented plans to give everyone in the country vouchers to eat out, Sunak declared he had never been a ‘prisoner of ideology’.

Instead, he said, he believed in the ‘nobility of work’. 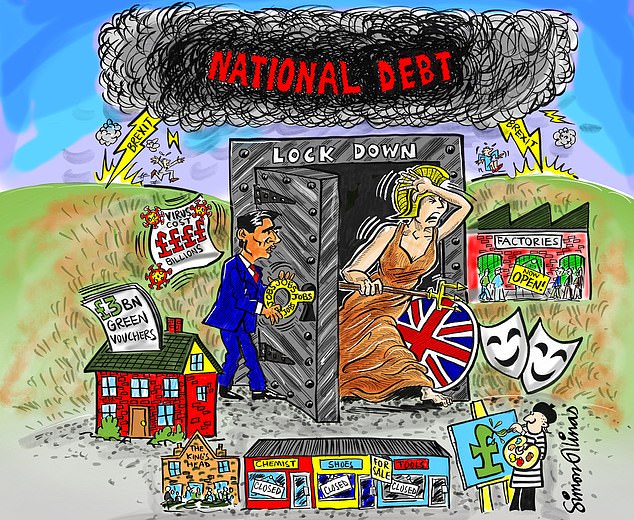 Desperate times: Some of the policies the Chancellor has announced to tackle the crisis, such as the new Job Retention Bonus, have not been tried before

He certainly put his – or at least taxpayers’ – money where his mouth is, with almost £100billion committed so far during the crisis to support jobs.

Desperate to avoid job losses when the furlough scheme closes at the end of October, the 40-year-old went much further than many expected.

But will this latest extraordinary stimulus prevent mass unemployment, and deliver a ‘V-shaped’ economic recovery?

We just don’t know. The challenges are unprecedented, and the future is deeply uncertain.

Take, for example, the new Job Retention Bonus. The Government will make a one-off payment of £1,000 to firms for every furloughed employee they take back.

These workers must be employed from the start of November – when the Job Retention Scheme ends – to January. Employees must earn above the lower earnings limit for national insurance and the payments will be made in February.

The measure is designed to prevent vast numbers of the 9.4m furloughed workers being laid off. But business leaders are unconvinced whether this will be enough.

Robert Alster, at wealth manager Close Brothers Asset Management, said: ‘It is more likely to provide a welcome boost to employers planning to bring workers back rather than forcing businesses to rethink lay-offs.’

But it is just one part of a plan which will cost the Treasury up to £30billion, on top of the £69billion earmarked for the Job Retention Scheme and Self Employment Income Support Schemes. 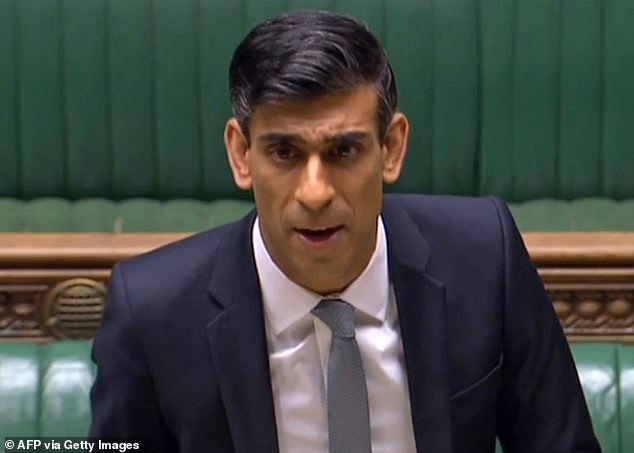 The centrepiece of the Chancellor’s plans is the £2billion Kickstart fund to create hundreds of thousands of six-month work placements for people aged between 16-24 who are on Universal Credit and at risk of long-term unemployment.

They will receive the minimum wage, to work 25 hours a week. Firms will receive around £1,000 per employee for arranging the placement.

Experts have pointed out this is very similar to the Future Jobs Fund set up by Gordon Brown’s government in 2009.

Nigel Morris, tax director at MHA MacIntyre Hudson, said many employers will not be able to afford to top up the workers’, wages and national insurance beyond the 25 hours covered by the state.

He said: ‘Kickstart allows young people to gain skills and experience, but not without considerable commitment from employers, who already face significant challenges.’

Other key measures include a temporary cut in VAT in the hospitality and tourism sectors.

VAT on food and non-alcoholic drinks will be cut from 20 per cent to 5 per cent from next Wednesday to January 12 – at an estimated cost of £4.1billion to the Exchequer.

This has been designed to encourage households to spend more money.

Suren Thiru, at the British Chambers of Commerce, said: ‘This is a welcome step and will help to stimulate a more rapid pick-up in activity in those sectors and supply chains hardest hit as the economy gradually reopens.’

And then there is the Eat Out to Help Out plan.

Everyone will be entitled to a 50 per cent discount up to £10 per head on their meal at any participating pub, restaurant or cafe.

The cost to the Treasury has been estimated at £500million. Simon Emeny, chief executive at brewer Fuller Smith and Turner, said: ‘The VAT cut, combined with the Eat Out to Help Out scheme, will provide the stimulus we need to get customers back.’

The Chancellor is going to extraordinary lengths, at vast cost, to protect jobs and the economy. But households have to play their part too.