TOKYO — As Japan looks to subsidize up to half the cost of Taiwan Semiconductor Manufacturing Co.’s new factory in the country, the government faces the challenge of striking the right balance between economic security and fair competition.

The world’s leading contract chipmaker announced Thursday that it will build its first-ever Japanese plant, responding to years of calls by the Ministry of Economy, Trade and Industry to set up shop.

The move is expected to strengthen Japan’s domestic supply of chips, a key component in everything from smartphones to cars. But large-scale subsidies to TSMC — part of a greater effort to shore up Japanese manufacturing — could run afoul of World Trade Organization rules.

At the heart of this push is a planned framework to support manufacturers with strong production and technological capabilities that pose no security concerns. Participating companies will be required to prioritize Japanese shipments in exchange for a subsidy through the New Energy and Industrial Technology Development Organization, which they will need to repay should they exit Japan or otherwise fail to hold up their end of the bargain.

TSMC’s planned factory in Kumamoto Prefecture is expected to become the first beneficiary of this framework. Kishida looks to include the subsidy in a supplementary budget to be compiled after the Oct. 31 lower house election and to craft needed legislation to officially launch the framework.

These moves come as a global semiconductor shortage forces production cuts across such industries as automobiles, medical devices and home appliances. Japanese manufacturers rely heavily on TSMC, whose plants are concentrated in Taiwan. As Beijing steps up military pressure targeting the island, there is concern that shipments could eventually be affected.

With semiconductors increasingly critical for a functioning society, the Japanese government is looking to play a more active role in securing the country’s chip supply instead of relying on market forces.

Yet massive subsidies risk distorting the market. The U.S. Senate in June passed legislation providing $52 billion to bolster domestic chipmaking. The measure’s fate in the House is unclear.

Since excessive government assistance undermines fair trade, the WTO categorizes export-promoting subsidies as well as subsidies granted in exchange for the use of domestic materials and parts as automatic violations — or “red box” supports. Japan’s planned subsidy to TSMC is widely seen to fall into the “amber box” — a category of supports whose legality is judged case by case.

For example, South Korea and other chip-producing countries could lodge complaints that they lost out on exports to Japan because of cheap chips made in subsidized factories here. Cheap chip exports from Japan could also trigger trade disputes.

Only a handful of amber-box supports have been deemed illegal so far, since it can be difficult to prove that a complainant’s industries were hurt by a specific subsidy. Neither the U.S. and the European Union has lodged complaints against China’s large-scale subsidies to its chipmakers, despite considering them a growing issue in recent years. 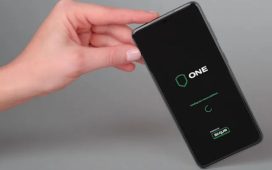