The UK government has entered into a partnership with one of Japan’s largest developers on a £90m housebuilding scheme, as it seeks to increase new housing supply to address a shortage of homes.

Homes England, a government body, and Sekisui House have invested in a joint venture with UK developer Urban Splash, which aims to deliver “thousands of new homes”.

Homes delivered through the joint venture will be built in factories, rather than on-site, using a technique known as modular construction.

Sekisui House is an experienced modular builder that delivered 43,735 homes last year, close to 5 per cent of Japan’s total. In its 59 years of operation, the company has built more than 2.4m homes.

The British government has set a target to build 300,000 new homes a year by the mid-2020s. With current delivery at around 200,000, policymakers are seeking new avenues to stimulate building.

“By helping bring one of the world’s largest and most innovative housebuilders to UK shores, we’re putting our money where our mouth is,” said Sir Edward Lister, chair of Homes England, which was launched last year with a remit to accelerate housebuilding.

Urban Splash will invest £37.5m equity into the new venture. A further £21.9m will come from Sekisui, while Homes England will supply £3.1m in equity and £26.9m in debt funding.

This month, the government announced it was extending permitted development rights, which allow developers to convert commercial space into residential units. The measures have been criticised for creating poor quality housing, but have helped to increase government delivery numbers.

Homes England aims to pump £27bn into housebuilding programmes over the next few years, according to a spokesperson. Recent investments made by the body include a partnership with Barclays to provide £1bn in loans to small and medium-sized developers.

Kit Malthouse, the housing minister, said the investment would help “to deliver more, better and faster home construction to ensure a new generation can realise the dream of home ownership.”

Yoshihiro Nakai, president of Sekisui House, said its “technology and knowhow can help resolve pressing social issues in the UK.”

In Japan, construction began on 942,000 houses last year, according to the ministry of land, infrastructure, transport and tourism. The country’s population is less than twice that of the UK. 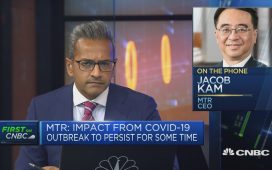 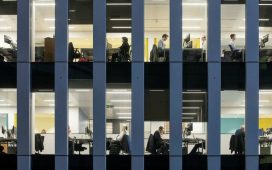 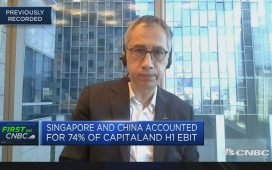 Affordable housing 'will diminish due to UK planning changes' 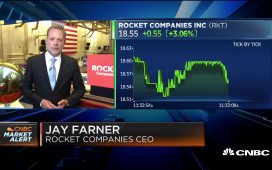 Rocket Companies CEO on the mortgage market and refinancing boom