Johnson to enter No 10 amid dire no-deal warnings


Boris Johnson will enter 10 Downing Street on Wednesday after cruising to victory in the Conservative leadership contest, amid warnings that he risks causing a global economic shock if he leads Britain out of the EU without a deal.

Mr Johnson will immediately start assembling a “cabinet for modern Britain” — including a record number of ethnic minority members — but his new administration will quickly be confronted by the problem of how to resolve the Brexit impasse.

The IMF said on Tuesday that a no-deal Brexit ranked alongside US trade policy as one of the chief threats to the world economy. Mr Johnson has threatened to leave the EU without a deal on October 31.

“He’s tough and he’s smart,” the US president said, claiming that the UK needed a leader in his own image.

But EU leaders are wary of the new prime minister and are preparing to resist Mr Johnson’s demand for a complete rewrite of the Brexit deal agreed over more than two years between Theresa May and the EU’s 27 other members.

The prime minister-in-waiting says the agreement is “defunct”.

Mr Johnson beat his rival Jeremy Hunt by a 2:1 margin in the Tory leadership contest, polling 92,153 votes to the foreign secretary’s 46,656. The victor admitted that some people might wonder “what they have done”.

He promised to deliver Brexit with a new “can do” spirit and vowed to bring the country back together with a one-nation brand of Conservatism, which would include a more socially progressive agenda and higher public spending.

Theresa May, the outgoing prime minister, will hold her final session of questions in the House of Commons at midday before travelling to Buckingham Palace at about 2.30pm to tender her resignation to the Queen.

Mr Johnson will then meet the monarch to assume the seals of office before arriving in Downing Street at about 4pm. He will make a speech setting out his agenda before assembling his cabinet.

Mr Hunt has made it clear to Mr Johnson that he will not accept a cabinet demotion and has turned down the offer of defence secretary. The foreign secretary has told friends he will leave the cabinet rather than accept a lesser role.

Sajid Javid, home secretary, has long been tipped for the job of chancellor but last night his team said they were still waiting for the call. Liz Truss, the Treasury chief secretary, and Matt Hancock, the health secretary, are also vying for the post.

If he is able to convince us, then together we would electorally smash the Labour party, he would assume a big working majority, and he would go down as one of the great leaders in British history

Meanwhile, it was confirmed that two other MPs with an Asian background — Priti Patel and Alok Sharma — will be appointed to the cabinet, in what Mr Johnson says will be a diverse line-up.

Promotions are also likely for rising stars, including Rishi Sunak, Oliver Dowden, Tracey Crouch and Robert Jenrick, but the main focus will be on whom Mr Johnson chooses for the Treasury and as his main Brexit team.

Mark Spencer, a popular former Remainer and experienced whip, has been given the job of chief whip, while Mr Johnson has hired Andrew Griffith, one of the most senior executives at broadcaster Sky, to become his chief business adviser.

But Brexit will define whether Mr Johnson can make a success of his stint as prime minister; Tory MPs are already braced for the possibility of him failing to negotiate a new deal in Brussels and being forced to hold an election.

Nigel Farage, leader of the Brexit party, said he might consider backing the Tories in an election if they campaigned for a hard exit.

“If he is able to convince us, then together we would electorally smash the Labour party, he would assume a big working majority, and he would go down as one of the great leaders in British history,” he wrote in the Daily Telegraph.

While Brussels will resist any rewriting of Mrs May’s exit deal, a formidable group of Tory MPs is amassing on the backbenches to prevent Mr Johnson leading the country out of the EU without a deal.

David Gauke, justice secretary, Rory Stewart, international aid secretary, and Anne Milton, education minister, all stepped down from their roles rather than serve under Mr Johnson. Alan Duncan quit as a Foreign Office minister on Monday. 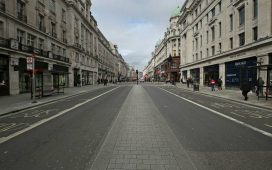 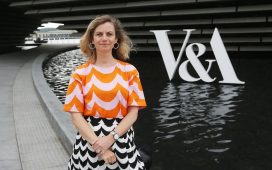 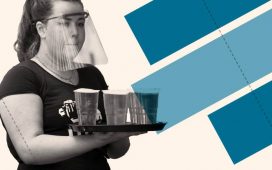