The management revamp follows a turbulent period for the British fund manager, which has seen its shares slide by more than 40 percent in the past 12 months as volatile markets prompted skittish investors to withdraw billions of pounds in assets.

In a statement on Tuesday, Jupiter said its board had identified Formica as a potential successor to Slendebroek as part of its long-running corporate leadership planning.

In light of his current availability, the board decided to accelerate plans to appoint Australian-born Formica, with Slendebroek’s support.

Slendebroek has agreed to remain at the British fund manager until May 1 to ensure a smooth leadership transition and handover, with 77 percent of its funds outperforming median returns in the year to end-2018 and shares up 11 percent so far in 2019.

Formica is also expected to continue with Slendebroek’s active, globally-minded growth strategy. Jupiter has attracted 5.5 billion pounds ($7.08 billion) of new money from non-UK investors in the last six years, while Slendebroek was head of the firm’s distribution and strategy from 2012 to 2014, and in the last four years when he was CEO.

He is known for an acquisitive, hands-on management approach and speculation about Jupiter’s fate as an independent, publicly listed company is likely to continue under his watch, industry sources said.

Slendebroek has been awarded a 1 million pound bonus for 2018 and will be subject to a six-month period of garden leave. He will be paid according to contract until November 1.

Earlier this month, Jupiter posted 1.5 billion pounds of net outflows in the last three months of 2018, and blamed downbeat markets for most of a 5 billion-pound fall in assets under management to 42.7 billion pounds. 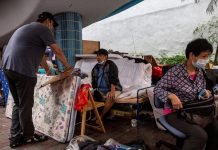 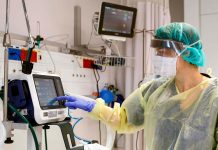