Karnataka is working on an incentive package to attract investments in the manufacture of electronic components and assembly of mobile phones and other devices in the state, eyeing a slice of investments flowing out of China as a result of its trade war with the US.

The state industries department, on the basis of the recommendations of a government-appointed Vision Group, has proposed a capital investment subsidy of 40% for investments in two manufacturing clusters in Chikkaballapur and Mysuru districts, in addition to complete reimbursement of stamp duty and registration charges, and land conversion fee. It has also mooted a slew of sops such as skill-development assistance, interest subsidy on term loan, and power tariff subsidy.

The state finance department is currently vetting the proposals and will forward these with its comments for the Cabinet to take the final call.

“If the incentive package comes through, it would probably be the first by a state government in the area of highend electronics and components manufacturing,” said A Gururaj, chairman of Karnataka’s Mobile Phones Cluster Vision Group. “Investors from both within India and overseas will likely see value in the proposed cluster,” he added.

Taiwanese electronics companies Foxconn and Wistron are already contract manufacturing iPhones in India. While Wistron is also building a new campus at Narasapur in Kolar district in Karnataka for the manufacture of electronic components and medical devices at an investment of ?682 crore, Foxconn has invested about ?1,400 crore in Chennai.

Months before the trade war broke out between the US and China, Karnataka announced developing Chikkaballapur district, near the Bengaluru international airport, as a mobile cluster. The Karnataka Industrial Areas Development Board (KIADB) has developed an 182-acre estate at Bagepalli, on the Bengaluru-Hyderabad national highway, and a big chunk of it will be earmarked for mobile manufacturing facilities. Another 450 acres are being developed in Chintamani taluk of Kolar district.

“We will provide plug-and-play facilities at our industrial estates meeting the standards investors expect,” an official at the industries department said.

The government will help investors also with necessary clearances if they wish to develop their own modern campuses in Chikkaballapur and Kolar districts for mobile phone components and electronics manufacturing and assembly, officials said, not willing to be identified, as the policy is still in the works.

Aarin Capital chairman TV Mohandas Pai said the government should rope in an overseas entity like Ascendas and build flatted factories on a plot of 100-200 acres near the airport and provide ready built-in infrastructure to component makers. That is the way forward to develop an ecosystem of component makers and be a part of the global supply chain, he told ET.

Vietnam has emerged as a beneficiary of the trade war between the two economic superpowers as these differences have forced global smartphone and electronic giants to diversify supply chains outside China. The prices of smartphones, notebooks and PCs will shoot up if US President Donald Trump were to slap a proposed 25% levy for imports from China.

Industry experts are hopeful investors would consider Karnataka favourably because a rush of investments is making land expensive in Vietnam besides causing scarcity of skilled labour. Regions closer to Bengaluru have the right ecosystem with availability of skilled technology workers, access to airport and seaports, good educational institutions and a salubrious climate, they say. 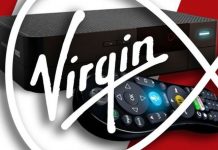 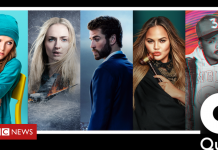 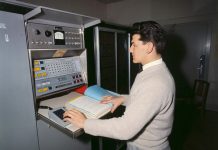 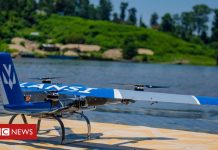 Drones in Africa: How they could become lifesavers

Only a few IT companies like, Wipro, Accenture & Tech Mahindra honour job offers

The £34 Raspberry Pi 4 computer was released today and it’s powerful enough to...

How to protect yourself from scams when shopping online