Katrina Karkazis: ‘You can’t use testosterone levels to divide people into male or female’


Katrina Karkazis, a senior research fellow at Yale University, is a cultural anthropologist working at the intersection of science, technology, gender studies and bioethics. With Rebecca Jordan-Young, a sociomedical scientist, she has written Testosterone: An Unauthorised Biography. It is a critique of both popular and scientific understandings of the hormone, and how they have been used to explain, or even defend, inequalities of power.

You suggest that testosterone is understood as an exclusively male hormone, even though it’s also found in women. But surely no scientist believes this.
No, what we’re saying is that the hormone has a century-long biography and identity that continues to be that of a male sex hormone. That language is used by authoritative sources in the US like the National Library of Medicine, but also in many media articles. It’s an argument that has to do with how the hormone is understood, which then shapes the kinds of research questions that get asked, what kinds of research get done or not done. There’s actually almost no research on the relationship between testosterone and aggression in women. That is a consequence of the framing of the hormone as having to do with men, masculinity, behaviours understood and framed as masculine. It’s the idea that because men generally have more testosterone, somehow that makes it more relevant in men. But the truth is we know very little about it.

Testosterone responds to social cues. If a coach gives you positive feedback, that can raise your testosterone level

Regarding libido, there’s this idea that a lot of testosterone is what’s needed to experience sexual desire or to have a libido. But again, the research shows that you actually need relatively low levels of testosterone to have perfectly fine sexual functioning. And indeed, in some of the most extensive clinical trials where they’ve supplemented men who are ageing with testosterone, it had a weak relationship with sexual function. If you’re taking testosterone to improve functioning in libido, the research suggests you would be far better off taking Viagra.

Your book has been criticised for overlooking the experience of trans men who have reported increased sex drive having received testosterone supplements. Is that a fair criticism?
We explain why we don’t focus on any aspect of taking testosterone. The reason we’ve done that is that the root connections in the science between all kinds of behaviours come from studies of endogenous testosterone. And if there’s going to be a link, it’s going to be found in those studies. So they’re not studies that supplement with testosterone.

Men are around 20 times more likely than women to go to prison. Is your argument that there is no biological reason for this, or simply that the biology has not been established?
It’s the latter. The bodies of research we’re talking about, where there’s a weak link between testosterone and aggression, have very often been studies done on prisoners. One of the measures of violence in a very prominent, important older study was whether someone had escaped from the juvenile detention facility. So those kinds of measures have been mingled with things like the number of fights someone has gotten into as a marker of aggression. Part of what we’re looking at is what do they even understand aggression to be? It’s not that we’re saying there might not be some relationship between biological factors and aggression – but it certainly can’t be said to be testosterone.

So just to be clear on that, you believe there is no causal link between testosterone and violence?
No, that’s too flat-footed. I don’t want any statements like that being attributed to me. People do this a lot. They want us to have a controversial or provocative statement. It’s that the link is weak. There has to be something else, given the weak relationship between testosterone and aggression. There’s some other factor that’s involved, and it’s likely socialisation and cultural factors.

You write: “The science is clear, there is no single, physiological or biological marker that allows for the simple categorisation of people as male or female.” Would you say, then, that male and female are false categories?
No, they’re very real categories. What that statement means is that you can’t use chromosomes alone, you can’t use genitalia, you can’t use testosterone levels to divide people into male or female. Science isn’t the only way to understand how to think about who’s a man and who’s a woman. Some people argue that identity should be the determinant, irrespective of physiology. But it doesn’t mean that we can’t have the categories just because sex is complex. It means that the categories can be made to accommodate that complexity.

You write that “scientism” is a culprit in the misrepresentation of testosterone. What do you mean by scientism? And why is it culpable?
Scientism is really the idea that science is the best or primary way of generating knowledge. What it essentially does is elevate scientific values, scientific authority and scientific evidence above all other modes of knowing – sociological, experiential, philosophical. It says that scientific knowledge is knowledge itself. This is not to undermine the role of science, but we do see that in certain kinds of debates about particular issues, people view science as the only arbiter, the only way to understand or settle an issue. Science is an aid to help us understand something. But it doesn’t answer what we should do about it. We draw on other understandings and frameworks to do that. Ethics, values, human rights, whatever it might be.

Do you hope that your book will change the orthodox understanding of testosterone?
Yes we do. We’d like to broaden the cultural narratives, but also broaden the kind of scientific questions that are asked. It’s not an attack on science. We say in the introduction, we take the science very seriously, but not literally. And that’s why we spend a long time looking very closely at the methods, not to make an ideological argument, but very often a methodological argument. Our hope is that it encourages scientists working on testosterone to think about its dynamism, to think about its complexity. And to try to broaden the role of the social in some of the studies that are being done. We have biosocial models now that people are using to study complex behaviours. It should be the same for testosterone. 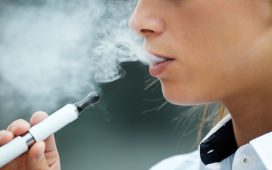