Kenes Rakishev’s Nasdaq-listed SPAC is eyeing a possible takeover bid for a nickel and cobalt mining company in which the Kazakh oligarch is a major investor.

Oxus Acquisition Corp. (“OXUS”), which raised $176 million in a New York listing last year, is rumored to be a potential bidder for Battery Metals Technologies (BMT).

The deal would fulfil Oxus’s ambition of investing in energy transition companies, particularly the electric vehicle market. But a deal for BMT would be controversial given that Rakishev, who is the sponsor of Oxus, would be using his investors’ money to effectively buy a company from himself.

Rakishev brought Oxus to market last September as a Special Purpose Acquisition Corporation (SPAC), which allowed him to raise money from investors in anticipation of finding an attractive takeover target.

However, since listing on the Nasdaq exchange Oxus has failed to land any deals, although the SPAC has been linked to several possible companies.

A deal with BMT would give Oxus control of Kazakhstan’s largest nickel and cobalt development project. The proposed mine is located at Gornostay on the Kazakh-Chinese border, which potentially gives it geographic proximity to electric vehicle battery manufacturers in China.

Oxus investors are likely to want to scrutinise any deal with BMT closely given the conflict of interest of acquiring a company from the SPAC’s sponsor.

However, this would not be the first time that Kenes Rakishev, one of Kazakhstan’s highest profile businessmen, has courted controversy.

A US Senate investigation in 2020 found that Rakishev had given money to an associate of Hunter Biden and had discussed doing deals with Biden, the son of the US President.

Rakishev has also been linked to Ramzan Kadyrov, the murderous leader of Russia’s Chechen Republic. Kadyrov, who has recently been fighting for Vladimir Putin in Ukraine, described Rakishev as his “dear brother”. This has led to speculation that Rakishev could be sanctioned over his ties to Kadyrov.

BMT acquired its nickel and cobalt prospect in 2020 and in an interview last year, Rakishev claimed the company had proven resources of 1 million tonnes of nickel and up to 100,000 tonnes of cobalt.

BMT was reportedly planning an IPO in Hong Kong last year but this failed to materialise. According to a corporate brochure published in March 2021, the company was looking for a partner or IPO to help it develop its nickel-cobalt project. Development costs for the first phase of the project are estimated at $103 million with total project costs rising to $1.5 billion.

While BMT is the latest rumored target for Oxus, the SPAC has been linked to other deals including a possible investment in StoreDot, a developer of fast-charging batteries for electric vehicles.

Any deal with StoreDot would raise its own conflict of interest concerns given that one of the company’s investors is Singulariteam, a private equity group where Rakishev is the chairman.

However, it appears that an Oxus investment in StoreDot has failed to get off the ground. This may be due to the arrest of Rakishev’s partner at Singulariteam, Moshe Hogeg.

Hogeg, who founded Singulariteam with Rakishev in 2013, was arrested last year and was accused of orchestrating a cryptocurrency fraud. He was also accused of sexually assaulting a 17-year old model.

Forget to cancel your free trial? 5 silly ways you waste money in your tech life 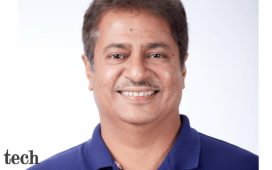 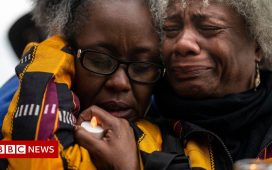 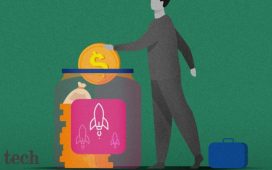